Roti, kapda, makaan... and vaccine: Can it sway elections

With potential COVID-19 vaccines equalling cheap foodgrains’ power as a poll promise, can vaccine sub-nationalism be far behind

The Bihar Assembly elections 2020 are the first in India amid a pandemic. All focus was on safety measures to prevent spread of the contagious novel coronavirus disease (COVID-19); but the Bharatiya Janata Party turned it into the ultimate electoral issue when it promised October 22 free vaccination for all in the state if voted back to power.

Surely, the party would have calculated a promise to prevent the disease an electoral cure.

This marks the formal emergence of vaccine as a major manifesto item and a poll issue. It was expected amid the planet’s severest and widest pandemic. 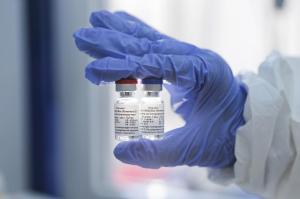 But for a vaccine to force its way into an election manifesto, normally scripted with a traditional roti-kapda-makan orientation, is an indicator of the pandemic’s impact on India’s polity. At eight million cases infection and counting, we desperately await a shield against this virus.

A promise regarding this would appeal to all and, most probably, wipe out all other relevant issues that could hamper a party’s electoral fortunes. Soon after the BJP’s declaration, Tamil Nadu (elections due in 2021) and Madhya Pradesh (holding by-elections to 28 Assembly constituencies) followed suit.

We didn’t witness such brouhaha when India suffered from smallpox and polio, even cholera. India’s health campaigns to eradicate or control those inflections are globally celebrated successes. They remain notable mentions for the Government of India at international fora.

An emergency situation like the COVID-19 pandemic impacts parties and their politics. History has many examples of how disasters and emergency developments shaped electoral pitching by political parties.

Democracies across the world adopted universal public healthcare regimes as response to the Spanish Flu pandemic (1918-20). It demonstrated that both rich and poor were vulnerable and had to be protected. The result: Political parties in the West evolved public health systems that appealed to all.

In India, the 1943 Bengal famine shaped political priorities. India’s first food and agriculture minister in the interim national government hoisted the flag at the Indian Council of Agricultural Research office on August 15, 1947 to acknowledge hunger as the new country’s biggest development and political challenge.

Promise of cheap food and implementation of food-for-work schemes for the first time appeared in manifestos. She led the Congress back to power.

There are question marks over the BJP’s promise of free vaccine for Bihar alone and whether it would help the party hold onto power there. Only days earlier, Prime Minister Narendra Modi assured vaccines for all in his short address to the nation.

The debate may soon metamorphose into an intra-country fight over who accesses a vaccine against COVID-19 when and how fast.

At a global level, we have been wary of vaccine-nationalism: Countries using power and might to stock up vaccines for their population, leaving those out who can’t match those resources. Now, with vaccine an electoral priority, will India witness vaccine sub-nationalism?