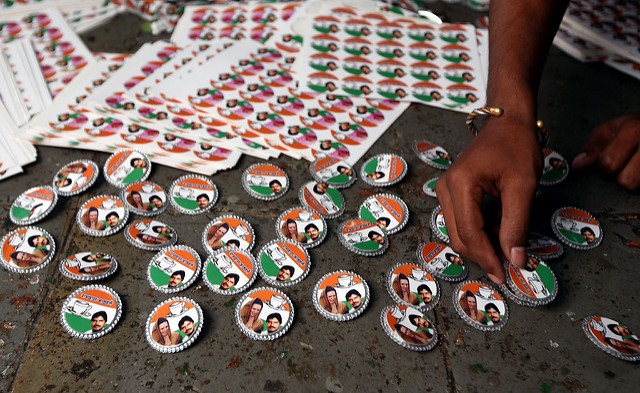 Several new political parties are being formed in India as the proposed amendment in the Finance Bill 2016 will enable them to receive foreign funding from ‘foreign’ sources.

The ‘gold rush’ to form political parties is triggered by Finance Minister Jaitly’s proposal in his budget speech last month to amend section 2 of the Foreign Contributions Regulation Act (FCRA) 2010 retrospectively from 2010.

The real reason for this proposal seems to be to overcome the judgment of the Delhi High Court in March 2014 which found violation of FCRA 2010 provisions by the Congress Party and the BJP when they received donations from Vedanta group of companies. According to the current definition of ‘foreign source’ in FCRA 2010, any Indian company/agency which has more than 50% foreign ownership is designated a ‘foreign source’. The proposed revision will link ownership criterion to FDI caps approved from time –to-time. So, a company operating in a sector which has approved FDI caps above 50% can still continue to be treated as Indian source for this purpose.

If the proposed amendment with retrospective effect is passed by the parliament as a part of the budget proposals next month, it would open doors for foreign funding of political parties, and all ‘activities of a political nature’, which are hitherto banned under FCRA since the inception of this law in 1976 during emergency.

A large number of economic sectors have FDI caps above 50%, implying that foreign companies operating in India in those sectors can now make donations to political parties under FCRA.  For example,

Now that flood-gates of foreign corporate funding of political parties is being opened, questions about foreign influence on public policies and internal security matters will not arise whatsoever as it will become legitimate to do so?

Therefore, civil society entities engaged in campaigns and advocacy—activities of a political nature— can also benefit from such donations.

Another reason for ‘rush to form political parties’ is the relatively weak regulatory system governing such entities in the country. Under section 13A of the Income Tax Act, political parties are 100% tax exempt for income derived from any source, including business income. They are expected to file an annual income tax return, but most do not do so regularly, and there is no compliance mechanism to ensure the same. Most political parties show donations from individuals as their main source of income, but no donation below Rs 20,000 need be reported or accounted for. So a political party can show income of Rs 100 crores (or more) from such ‘small’ donations without sharing information about the donors.

In light of the above, a national movement for registration of ‘new’ political parties may well be launched by a wide variety of civil society organisations so that all advocacy efforts can be systematically and openly financed by foreign individual and corporate sources!

The article was originally published on PRIA website. Read the original article.