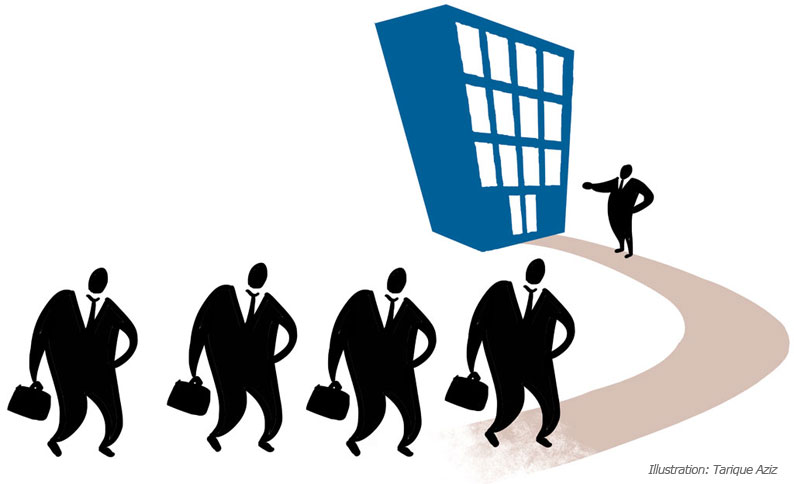 Like the 1960s jingle for Coca-Cola, things do go better with Narendra Modi. When he joined the Start Up India Stand Up India conclave in Delhi, the meeting gathered pace and zing. From the hallmark sloganeering title of the policy to its cryptic motto, “We Unobstacle”, it had the stamp of a Modi show all over it. True to form was the selfie moment when some top entrepreneurs and analysts gathered in Vigyan Bhavan jostled for photos with the PM, recalling images of the Madison Square Garden and Palo Alto jamborees.

There were mostly cheers when the government unveiled the Start Up India action plan which offers tax breaks, a $1.5 billion start-up fund and the promise of getting rid of many bottlenecks that choke the entrepreneurial spirit of the country. The biggest incentives the government is proposing are: a new category of innovative start-ups; new rules that will make it simpler for entrepreneurs to start and close these businesses; and impressively, a mobile app that will make it possible to register a start-up in just a day.

All this is to the good. But will Start Up India work a miracle for the country which desperately needs to push up growth in manufacturing and create employment for the legion of its young of whom at least a million enter the job market every month? That is when the cheers tend to get muted. It is pretty evident by now that the hope of getting factories to deliver on growth and jobs is turning increasingly bleak.

The crucial questions Start Up India raises are the same that another of Modi’s pet projects, Make in India provoked. Who will benefit and how? The Economic Survey 2014-15, prepared under the charge of Arvind Subramanian, the government’s chief economic adviser, highlights a worrying factor why manufacturing will not provide a job bonanza for the millions of unskilled people. Both the manufacturing and services sectors depend on skilled workers, whereas India’s “natural comparative advantage” is its vast numbers of unskilled workers.

Similarly, Start Up India caters to a select few, the elite that can leverage technology. At least that is how the government has configured the scheme and the kind of people who flocked to the Vigyan Bhavan conclave. It does appear that the definition of “innovative start-ups” would exclude the young persons in the rural areas who might naturally opt to start a traditional kind of business.

Basically, the problems Make in India and Start Up India need to resolve are the underlying issues of education and skilling. Without a focus on this, it is difficult to see how the country will be able to prise itself out of the rut. The revamped National Skill Development Mission that Modi has launched is not much of an improvement of that of the United Progressive Alliance government, and far from adequate to meet the demographic challenge it confronts.

A moot point: India already has a culture of smart tech start-ups—think Flipkart, inMobi and OYO—so the issue is not of seeding such ventures. The problem is to ensure that the big ones remain in India. Analysts point out that the most successful of these, termed unicorns (companies valued above $1 billion), have shifted base to Singapore and the US because of friendlier tax rules and simpler regulations. Another concern is that we will now be competing with well-established start-ups across the world, such as in Brazil, Chile, Israel and South Korea that draw the best entrepreneurs because of superior infrastructure. How will India fare, given its limitations?

There’s another fallacy that Modi needs to correct. He says the less the government is involved, the greater the progress. Sadly, the enabling environment can only come from official action.