There is a need to assess land acquisition and allotment for infrastructure projects, to eliminate the possibility of creating surplus and unproductive land 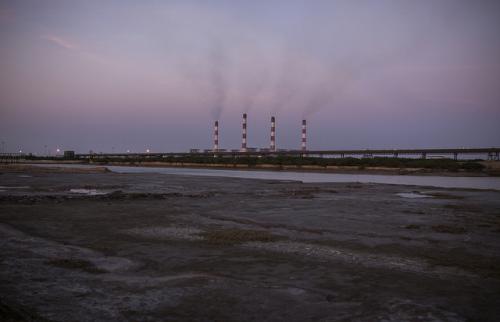 Being natural, immovable and non-renewable, land is a distinct resource essential for production. While the demand for land is increasing with growing population and economy, its stock is limited. India has sufficient land for all uses—agriculture, industry, human dwelling, infrastructure and others—if used with prudence.

There is a need to assess land acquisition and allotment for infrastructure projects, to eliminate the possibility of creating surplus and unproductive land.

Looking for rapid growth in India, new enterprises were set up by the government. This led to acquisition of huge tracts of land for establishing large- and medium-sized public sector industries as per the Industrial Policy Resolution, 1948. State governments also created developed industrial infrastructures for attracting entrepreneurs. Sizeable investment was incurred in expanding roads, railways and ports. Similarly, state governments have established industries in backward areas for attracting industrial investment apart from setting up of State PSUs.

However, large amount of land acquired by governments for this purpose remains unused. Over 2.35 lakh acres of surplus land is available with 58 underperforming CPSUs which have faced losses of Rs 56,845 crores (DPE annual survey, 2013-14).

Similar large-scale infrastructure projects have been sanctioned by other government units like Department of Industrial Policy and Promotion. These growth centres have failed to attract entrepreneurs and only 53.6 per cent of the developed plots were occupied (Planning Commission, 2002)

Special Economic Zones (SEZs) also face similar fate. Barring a few, majority of such centres remain unoccupied. There are also large tracts of vacant land with Central Ministries especially Ministry of Defence, Ministry of Railways, Ministry of Civil Aviation. It is observed that significant quantum of land has remained idle and become unproductive in the absence of proper land resource management.

There is a need to evaluate the land use pattern of Central Ministries and Departments. Identification of idle land under these ministries should be done quickly to create land banks. A realistic assessment of quantum of surplus land with various CPSUs would need to be worked out by the Dept of Public Enterprises (DPE). It is desirable to start stocktaking of land that is locked up with closed/sick PSUs.

It is reported that the government will first use unutilised land in existing industrial parks. A committee under chairmanship of CEO, NITI Aayog is now working out details of the master plan (Times of India, March 10). DIPP is planning to sale to 60,000 acres of idle salt land in various parts of the country to CPSUs/States at market rates (Economic Times, October 4, 2016).

The situation in the states is no different. It is reported that 5 major states, Maharashtra, Andhra Pradesh, UP, Rajasthan and Gujarat acquired 572,793 acres in their industrialisation drive but of this, 255,471 acres (around 45%) have not been allotted to any industrial projects. Even in Gujarat, billed as India’s premier destination, only 50 per cent land of the 103,784 acres has been allotted.

Maharashtra, for instance, despite its land bank of 100,000 acres of land was in the midst of acquiring land for its ambitious Delhi Mumbai Industrial corridor. In Uttar Pradesh, UPIDC has reported 35% of its 49,000 acres lying vacant. It is also reported that in 2012, Andhra Pradesh Industrial Infrastructure Corporation had 139,000 acres of land, of which 50,000 acres were not allotted and 23,000 acres from the allotted land was unused (NDTV, November 30, 2014).

There is an urgent need for a concerted effort of landowning agencies to tap into vacant and unproductive land which is important given the contentious nature of land acquisition in a large rural society like India. The vast amount of unproductive industrial land can be absorbed by better managing the existing land resources, develop land banks faster and tighter monitoring.