The DNA of a flawed Bill

A new Bill, if passed, will allow the government to collect and use DNA samples of suspected criminals as well as civilians, leaving the privacy of citizens under inadequate safeguards 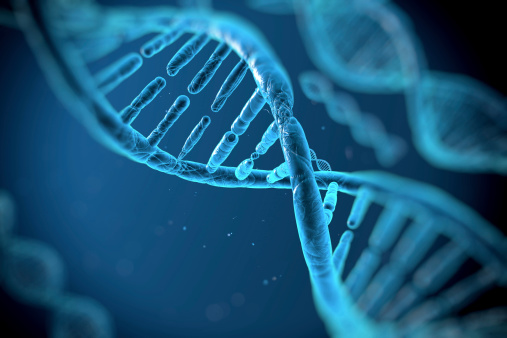 On July 22, Attorney General Mukul Rohatgi argued in the Supreme Court that there was no constitutional provision giving Indians the fundamental right to privacy in connection with Aadhar cards. In a parallel development, the government decided to table a Bill during the monsoon session of the Parliament proposing to use the most fundamental biological aspect of individuals, their DNA.

The Human DNA Profiling Bill 2015, is seen as the current government’s most direct claim on the privacy of Indian citizens since coming to power in May 2014.

DNA or Deoxyribose Nucleic Acid is the building block of all life and is responsible for the coding of all biological features in an individual. In this sense, it can be considered as the most private data that could be collected and stored on a database.

Since being developed in 1988, DNA profiling has become a widely used tool for forensic investigation with high rates of reliability. Several countries have developed DNA databases of convicted criminals and the Indian government is keen to join the bandwagon.

The proposed Bill aims to improve forensic investigative abilities and security. According to the preamble of the draft version of the Bill: "DNA analysis of body substances …makes it possible to determine whether the source of origin of one body substance is identical to that of another, and further to establish the biological relationship, if any, between two individuals, living or dead without any doubt".

The proposed enactment allows the government to collect, analyse and store DNA of Indian citizens through a network of government-commissioned and government-approved DNA data banks. The data banks will be managed by field experts. A DNA profiling board consisting of eminent persons with experience in DNA profiling will be appointed to supervise over the entire system.

DNA profiling may well improve our security, but the Bill, in its current draft form, could become one of the most intrusive legislations anywhere in the world.

DNA tests are especially misleading when blood transfusion or organ transplants have recently been conducted. Keeping this in view, there must be a debate about whether the risks of forgoing privacy are in proportion to the advantages of better crime investigation and a higher conviction rate.

The DNA of persons suspected of committing a crime will be collected but there is absolutely no clarity on the requirement of their consent. In addition to violations of the Indian Penal Code, the draft Bill lists offences under special laws, civil disputes as well as a few special cases such as medical negligence, unidentified human remains and identification of abandoned or disputed children as grounds for collecting DNA samples.

Most countries limit the use of DNA information to criminal procedures. But the proposed Indian enactment seeks to allow the use of collected DNA for the creation of population statistics, identification research, reproductive technologies and migration. The phrase "issues relating to pedigree" may bring back the discredited colonial system of subjugating and discriminating against populations based on their lineage.

The term "DNA analyses" is ambiguous. The process of DNA analysis is central to the Bill, but the draft has no mention of what this analysis entails. Most of all, privacy safeguards mentioned in the draft are threadbare with security and privacy procedures being left for the board to develop and implement.

In 2013 alone, almost 8 million people across the country were arrested, according to the National Crime Records Bureau. This number is more than twice the number of arrests in the UK where the DNA database was set up at cost of £300 million (US $450 million). In comparison, an amount of Rs 20 crore ($3.3 million) has been set aside for the purpose in India. It must be questioned whether achieving adequacy of infrastructure and manpower for the smooth functioning of such a database is feasible with the funds allotted.

The open-endedness with which the Bill has been proposed is especially damning. Though the objective of the Bill is to "enhance protection of people in society and administration of justice", the potential negative ramifications of a security breach are tremendous. The Centre for Internet and Society has pointed out that the broad powers given to the DNA profiling board as well as the standards issued for information sharing are vulnerable to misuse.

The Human DNA Profiling Bill 2015, in its current form, may end up doing more harm than good. It is clear that the Bill needs to be reworked and wider concerns must be taken into consideration to avoid future legislation from becoming not only ineffective but also self-destructive.