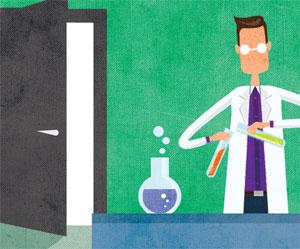 Cases involving the Hyderabad-based generic medicines manufacturer Natco Pharma are always significant. Sometimes, they are pathbreaking. The feisty company has taken on global drug majors in landmark cases that have reinforced the right of developing countries to use the flexibilities incorporated in the Wold Trade Organization (WTO) Agreement of Trade-Related aspects of Intellectual Property Rights (TRIPS). Natco is the first generics company to have sought a compulsory licence (CL). This allowed patent rights to be set aside on several grounds outlined in the Patents Act and secured it from the Patent Controller in 2012. The CL was for manufacturing sorafenib tosylate, an expensive cancer drug patented by Bayer and sold under the brand name Nexavar. In March 2017, Natco notched another victory by winning the right to export the active pharmaceutical ingredient (API) which is the drug’s central ingredient.

Procuring the CL was a landmark development (see "The Natco CL fallout"). Now, the Delhi High Court decision upholding the generic manufacturer’s right to export its API for non-commercial purposes is another. Although the grant of CL is permitted under the limited flexibilities permitted by the TRIPS agreement, rich nations, specially the US, have objected to the use of the CL and other flexibilities because these cut into the huge profits the innovator pharma companies derive from the monopoly rights granted under the patent system. The Doha Declaration of WTO in 2001 re-emphasised the importance of promoting public health through these flexibilities. But it has done little to alter the stance of drug multinationals. As a result every victory has been a long and hard fought legal battle.

Sorafenib tosylate, a drug used to fight kidney and liver cancer, was being marketed by Bayer at Rs 284,000 for a month’s regimen. The high cost of the drug enabled Natco to get the CL which allows Natco to make a generic version on payment of 7 per cent royalty to Bayer. The critical question in this case was whether Natco could produce sorafenib tosylate just for the Indian market or was also eligible to export it.

In 2014, the court had granted an interim stay to Bayer which had claimed that the CL was only for the domestic market and fixed limits on Natco’s exports of API. Natco had sought to export samples of the API to generate clinical trial data for submitting to regulators of various countries. Victory came in the second week of March when the Delhi High Court allowed Natco and Alembic Pharmaceuticals, another firm litigating with Bayer AG, to export select APIs for R&D purposes. The decision reinforced a crucial point: the Bolar exemption enshrined in India’s patent law extended to CLs, too.

Bayer’s argument that only data should be exported and not the API did not hold water, according to Justice Rajiv Sahai Endlaw. He ruled that "export" of a patented invention for experimental purposes is also covered under Section 107A of the Patents Act—this is India’s Bolar exemption—and does not amount to patent infringement. It accordingly allowed Natco to export the API to China for conducting development/clinical studies and trials.

The Bolar exemption is critical. It provides exemption from patent infringement to generic drug firms that use and import patented drugs for R&D in order to generate data for getting regulatory approvals for generic versions of patented products before the original patents expire. The intention is to ensure that the generic versions of patented products are ready with the necessary regulatory approval for market launch immediately after the original drugs go off patent.

The irony is that the Bolar exemption originated in the US and is enshrined in the laws of developed nations. India is only making use of a TRIPS-compliant exception. That, however, is not likely to stop the expected outcry.