To sit or not to sit?: Using intermediary public transport during COVID-19 pandemic

More women rely on shared public transport compared to men; steppig out during a pandemic means paying a greater fare or risking exposure to the virus 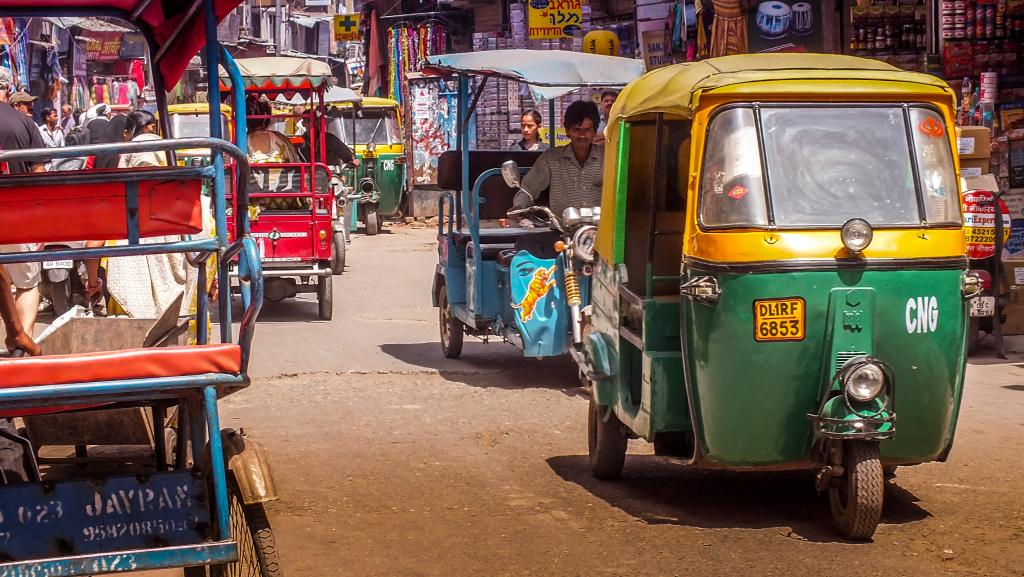 Two sounds were conspicuous by their absence near my neighbourhood when the lockdown to curb the spread of the novel coronavirus disease (COVID-19) was imposed. The first was that of metro doors closing and opening in a distance. This has now resumed with the Delhi Metro running again.

But the second, the sounds from the e-rickshaws and cycle-rickshaws near the metro station, are still largely missing. The entry to metro stations is currently regulated; areas around them are the gathering place for intermediary public transport (IPT).

These have been the most frequently used transport modes, especially for women, in the surrounding areas as a first- and last-mile connectivity.

In another part of Delhi, about 30 kilometres from my location, is one of the study sites of our ongoing user-centered research to understand the barriers accessing urban mobility infrastructure.

Here, IPT such as rickshaws and autos have been the only means that allow women to reach the main road from their neighbourhood and return home. I focus on women because they prefer (as choice) or use (as compulsion) these shared transport modes.

In both these localities, women reach out to the nearest rickshaw driver who ferries them to their destination. In an online survey we conducted to understand the impact of the lockdown on the mobility of older adults, more women preferred different public transport modes compared to men.

Nearly 29 per cent women used autos compared to 13 per cent men, according to the survey. The data also showed that men used private two and four-wheelers (motorised and non-motorised) more frequently than women. When asked which transport mode would be safer for them to use after lockdown, more than half the women and men chose walking or private transport modes.

The pandemic has hit IPTs badly. The government orders during subsequent phases of the lockdown provided specific guidelines for certain public transport. For instance, the metro remained shut for passengers. In buses, authorities were responsible for screening of passengers, sitting arrangements and ensuring that social distancing norms were adhered to.

But with the IPTs, the responsibility fell on the drivers to disinfect seats. In earlier orders, only one passenger was allowed per vehicle. This had impacted the drivers’ earnings.

Before the pandemic, taking an e-rickshaw all for yourself cost between Rs 30 and 50 over a one-km distance near my neighbourhood. A solo IPT trip could cost between Rs 100 and 150 for a similar distance due to the condition of roads and the time spent in traffic congestion.

So, I would be squeezed in with at least three fellow passengers with two extra bags tapping my shoulder blades. This way, it cost me Rs 10-15 one way.

The pandemic has resulted in a loss of passengers for several IPT drivers, leading to a price hike for others. This was problematic in places such as the research site. Observations and interviews showed that women were primarily dependent on shared autos or walking to access the main road from their homes.

Several research participants and people know to them had been working in the informal sector where they had to head out for work. In-depth interviews revealed women’s daily dependency on the IPTs, and not just for work. Sometimes, IPTs were used to reach places within the sprawling settlement itself.

Several households with members in the informal work sector have, however, been facing shortage of resources. In such a scenario, if women are stepping out to find work daily and their initial connection to the main road is possible only through an IPT, then they risk either of these burdens or both — paying a greater fare and / or exposing themselves to the risk of infection by sharing the ride with at least three other passengers.

The current pandemic can be an opportune time to consider the enormous capillary system provided by the IPTs and how they can be given greater credence and merit within transport planning and implementation. This would be directly tied to the impact on women’s mobility who use IPTs far more frequently than men due to their differing travel patterns and a greater dependence on public transport.

Any transport measure addressing women’s mobility will also target social and economic inequalities based on gender (SDG 5) and poverty (SDG 1).

Saakshi Joshi is a post-doctoral researcher for the EQUIMOB project with Utrecht University, The Netherlands, and Manipal Academy of Higher Education (MAHE)