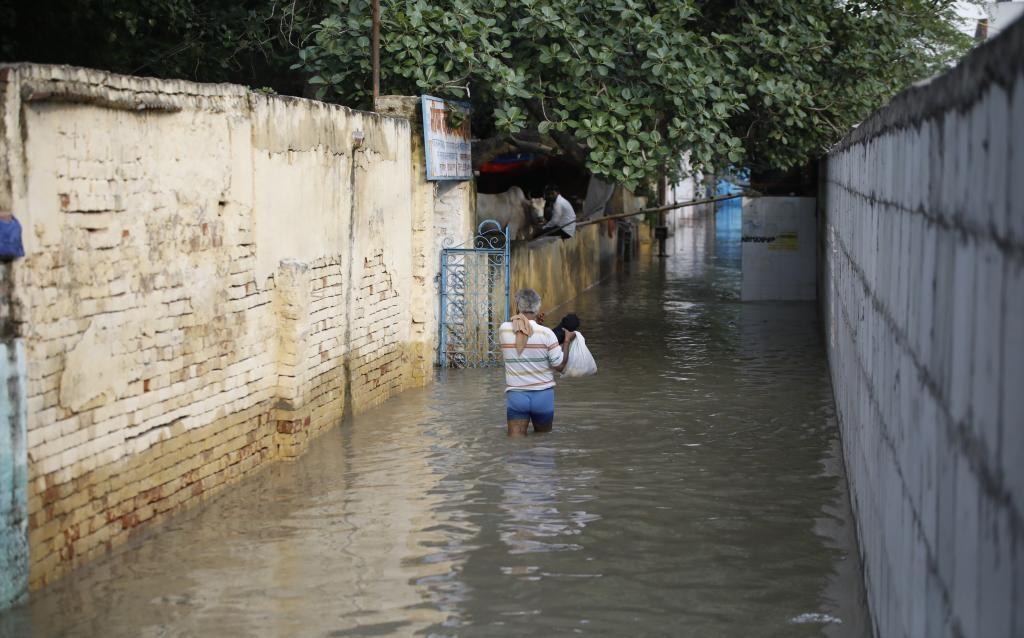 At least 43 years after India’s first and last commission on floods was constituted, there is no national-level flood control authority in the country so far. Rashtriya Barh Ayog (RBA), or the National Flood Commission, was set up by the Ministry of Agriculture and Irrigation in 1976, to study India’s flood-control measures after the projects launched under the National Flood Control Programme of 1954 failed to achieve much success.

In 1980, the RBA made 207 recommendations and four broad observations. First, it said there was no increase in rainfall in India and, thus, the increase in floods was due to anthropogenic factors such as deforestation, drainage congestion and badly planned development works.

Second, it questioned the effectiveness of the methods adopted to control floods, such as embankments and reservoirs, and suggested that the construction of these structures be halted till their efficacy was assessed.

However, it did say that embankments could be constructed in areas where they were effective. Third, it said there has to be consolidated efforts among the states and the Centre to take up research and policy initiatives to control floods.

Fourth, it recommended a dynamic strategy to cope with the changing nature of floods. An analysis of the report suggested that the problem began with the methods of estimating flood-prone areas of the country.

An accurate estimate is crucial for framing flood management programmes. The RBA estimated that the total area vulnerable to floods in 1980 was around 40 million hectares. The figure was reached by calculating the maximum area affected by floods in all states in any one year between 1953 and 1979, and adding to it the area where flood protection works had been undertaken.

The areas where protection works failed were then subtracted from the total. It is, however, a flawed methodology and RBA itself acknowledges it.

“It is clear that while the maximum area flooded in any one year may broadly indicate the degree of the flood problem in a state, it does not strictly indicate the area liable to floods as different areas may be flooded in different years,” the report said.

There is another problem. The very definition of flood-prone area does not reflect the effectiveness of the flood management works undertaken, wrote GS Purba, former chief engineer at Central Water Commission (CWC), in a paper presented at the Indian Disaster Management Congress in 2006.

“One reason could be the uncertainty of efficacy of flood management measures,” said VD Roy, member, CWC. Despite its flaws, the method continues to be used. “We have begun collecting data for a more scientific assessment — one that relies on frequency-based climate modelling. But adopting it in full force will take time,” said Roy.

In a 2011 meeting of the working group on flood management for the 12th Five-Year Plan, C Lal, director of Flood Management Programme, CWC, acknowledged that scientific criteria needed to be adopted to assess flood-prone areas. This should be based on frequency of flooding and period of inundation as gauged by contour maps and satellite imagery, he suggested.

The RBA report also recognised the need for timely evaluation of flood management projects. It entrusted state irrigation and flood control departments, CWC, Ganga Flood Control Commission and the Brahmaputra Board with the task of adopting or discarding them on the basis of their performance. But this has not been the case.

“In 2001, we found that state governments hardly did any assessment of the flood-control projects,” said R Rangachari, chairperson of the committee and former CWC member.

Even when flood management projects are evaluated, the reports are not credible.

“Most post project evaluations that we laid our hands on did not have enough data,” said Rangachari. Moreover, the evaluation is generally done by departments that undertake flood-control projects. A major problem is the inaction on recommendations of evaluation reports.

For instance, in 1978, RBA asked the programme evaluation organisation of the erstwhile Planning Commission to review the Kosi embankments. The study, published in 1979, concluded that embankments had, in fact, enhanced the flood problem. But the embankments were raised by two metres in 1987-88, and remain aggravate the flood situation in Bihar.