Indian anti-corruption drives don't factor in the poor, the worst victims of the scourge 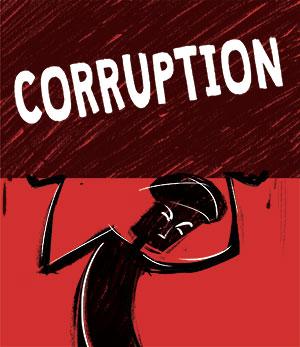 Corruption has come back into the spotlight in recent weeks. Again, it is due to big players duping the government and public of big bucks. In more than one way, it reminds one of the 2012-14 phase with corruption allegations crossing billions. Headlines are scarily similar; government reactions even more so. Recently, global anti-corruption watchdog Transparency International ranked India as Asia-Pacific’s most corrupt country. In fact, the trajectory of massive scams coming out is also similar. Like last time, there is disillusionment about the economy and middle class drawing room rumblings have started. But this column won’t deal with that.

Irrespective of who rules and how much public money is siphoned off, India’s anti-corruption drive fails its worst victims, the poor. It is widely known that the poor, despite having no self-sustaining capacity, pay for accessing basic services which otherwise should be their entitlement. Transparency International says seven out of 10 people pay bribes to access public services. But we tend to focus on corruption only when big cases of fraud come to light. There is hardly any discussion on day-to-day corruption that mostly impacts the poor. Why? Because such corruption is more about quality of governance and is thus a statement on a regime’s effectiveness. Bribery for accessing healthcare in a district is more about a near-collapse of governance. Ideally, this is a much more electorally damaging scenario. But we don’t see a popular uprising over this. Rather, politicians cleverly use it to polarise voters on the rich-poor matrix.

Let’s look at demonetisation. The NDA government claims this as its biggest step to weed out corruption though it hardly had any visible impact. But it did create a perception that the rich were impacted the most. The poor endured it initially with a self-inflicted sense of taking revenge on the rich. It served the politicians’ purpose the best. After a year, the poor are now back to bribery to get basic services. The recent survey finds that Indians bribe the most for accessing health and education services. And 73 per cent of bribes paid in India came from low economy groups, the report says.

Similarly, in response to the recent bank fraud cases, the government has embarked on raids and property seizures that hardly suffice for the money laundered. But, again, by declaring these as “stringent” steps against the rich, the government is just polarising rich and poor.

But the poor are no more buying this. Farmer protests, petitions on linking Aadhaar to all basic facilities and forces uniting on a broad platform to take up the poor’s issues are indicators that only cosmetic steps to weed out corruption won’t help. Rather, the demand is now to deliver development. That is the right way to fight corruption impacting the poor.

The article was first published in March 1-15, 2018 issue of Down To Earth