Would cats bell themselves? The wait for the National Action Plan on Business and Human Rights 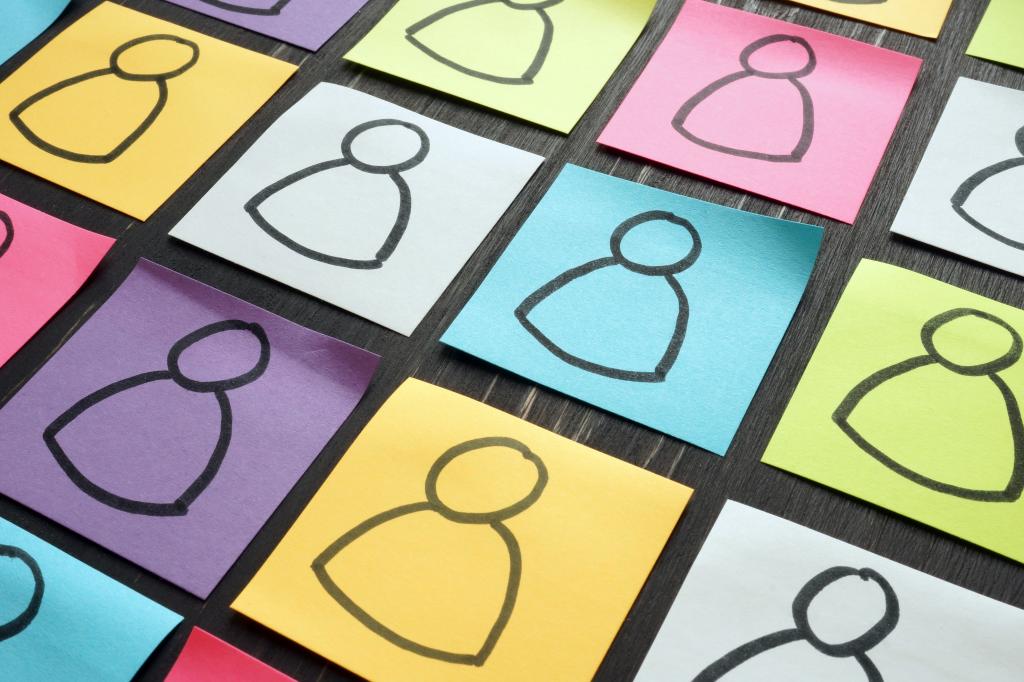 The enthusiasm echoes efforts of the last decade, which saw the evolution of the National Guidelines on Responsible Business Conduct (NGRBC) and the Business Responsibility Reports (BRR).

Those made businesses at least wake up to human rights. But it must be acknowledged that corporate never paused violating human rights.

Several plants were shut down in the last two decades on charges of violating human rights and environmental rights:

There are several other cases of the human rights paradigm losing miserably — eg, in the Maggi case, Nestle SA justified the misleading ‘No added MSG’ label, stating: “Everyone in the industry was doing it”.

Further, at a June 2015 hearing of Food Safety and Standards Authority of India (FSSAI) on the noodles brand, the company justified its testing process:

The Product contained two parts — the Noodles and the Tastemaker. The samples had been tested for each of the two components separately whereas it should have been tested as a combined end product, ie the form in which it is finally consumed.

FSSAI, until then, was testing the tastemaker separately, not knowing that some children as well as adults ate the tastemaker from the sachet directly without the Nestle’s “consent”.

Now Nestle even has a tie-up with FSSAI, its regulator. Seemingly, there is nothing illegal about this complicity.

There is a law that prevents companies from advertising tobacco near school premises. But tobacco giant ITC Ltd’s notebooks, complete with its logo, are available right inside classrooms. Again, seemingly, there is nothing illegal about it.

More than a million people die in India each year from due to consuming tobacco. One of the investors of a tobacco company is Life Insurance Corp (LIC), owned by the Government of India — that has signed the World Health Organization convention on tobacco control. Again, business as usual.

When children are glued to games like PUBG, the young ones and their parents are blamed. But in a class suit in Canada, parents alleged “companies hire psychologists, who dig into the human brain and they really made the efforts to make the game as addictive as possible”.

The least expected from such companies is to make children and parents aware of the levels of addiction that their products can lead to. However, do Indian consumers seek accountability from businesses?

In 2015, the Comptroller and Auditor General (CAG) scrutinised the accounts of pharmaceutical companies while its auditing the Income-Tax Department’s waiver scheme. It found that companies included expenses on gifts to doctors.

The CAG made them inadmissible, citing Medical Council of India (MCI) regulations that prevent doctors from accepting gifts from pharma companies. Some companies, however, went to the appellate tribunal and won the case, citing that MCI regulations are applicable for doctors and have no jurisdiction over companies.

Companies always manage to find ways to avoid following any guidelines that affect their profits.

In 2019, a Maharashtra government inquiry panel found that 13,861 sugarcane farm workers among 82,309 had undergone uterus-removal surgery: They were promised an annual wage of Rs 1.5 lakh for a target that would require them to work around 12 hours a day. To be able to achieve that, the women spend around Rs 30,000 on hysterectomy.

The government is not only among procurers of sugar for the Public Distribution System (PDS), but also a provider of soft loans to sugar mills. Would it see in its role as procurer, if not the regulator, the responsibility to ensure dignity to menstruating sugarcane workers? Similarly, many corporates procure sugar. Has anyone taken responsibility? None.

In the above context, what should a NAP on Business and Human Rights ideally achieve in five years?

One, a Nestle henceforth would not lean on ‘local practice’ henceforth to justify its actions — just as it would not have done in its parent country.

Two, a company would not invest in a regulator with direct jurisdiction over any of its products.

Three, a tobacco company would not have a product that reaches out to school-children, inscribing the same logo that is displayed on cigarette packets.

Four, a public authority of a government that has signed a convention to facilitate tobacco control would not invest in a tobacco company.

Five, the tobacco company would have a plan of action to reduce tobacco production within a specified year.

Six, a gaming company would follow mandatory disclosure in terms of an addiction index to inform consumers how risky its products can be. It would also disclose its investment on psychologists like any other company that discloses the ingredients of its products.

Seven, pharmaceutical companies would not hide behind the jurisdiction clause to evade an order from a regulatory authority.

Eight, big brands procuring sugar would ensure that the women worker in the supply chain are provided with paid menstruation leave, in addition to ensuring clean toilet with water facility in the work space and extended rest hours during the menstruating period.

Nine, the government would leverage public procurement to ensure that the products and services that they buy are free from human rights violations. For example, the Ministry of Railways would ensure that none of its contractors hire manual scavengers.

And last, in all these cases, there would have been a demonstration of existence of a functioning remedy system, which ensures ease of seeking remedies by workers and communities in a time-bound manner.

Merely changing the legal system cannot bring about these 10 changes. There is a need for transforming the culture of business and human rights.

Even when one ministry was evolving NGRBC and developing the NAP, other arms of the government were legislating laws that failed to recognise the human rights of workers and communities or of protecting the environment.

The government is not a monolith in terms of ideology, belief or practice. Then again, even global multilateral institutions are not consistent in terms of the kinds of policies they influence governments to embrace.

While organisations affiliated to the United Nations push for a business and human rights agenda, they have refused to make even feeble noise against the Ease of Doing Business Index of the World Bank, a fellow neoliberal colleague in the global comity!

Is it not true that an indicator on human rights within the Ease of Doing Business Index would transform the way various Governments look at business? Similarly, while the bilateral donors are rightly building a narrative for a clean supply chain in the developing world, they are largely silent on ensuring free movement of immigrant labour from developing countries across borders.

When there is no global political willingness, it just appears fashionable to blame the governments of developing countries.

The top 100 brands, if they work united, could easily transform the culture — for they largely define the culture of human rights in business. But the key question is why would they do it? Would cats bell themselves?

Despite innumerable manuals, modules and case studies supposedly demonstrating the ‘business case’ for human rights, we know that there could actually be no ‘for-profit’ model in integrating human rights in business. Cleaning the supply chain has a cost and that has to be borne by businesses.

In fact, the very search for ‘profit model’ in integration of human rights into business is antithetical to the paradigm of business and human rights, for it would shift the focus from human rights centrism to business (investor) centrism.

To assume that the top businesses would unilaterally transform themselves into responsible business is to underestimate the structural and systemic issues that define capitalism today.

Thus, the onus of building the culture of business and human rights would rest with stakeholders neither within the government nor within businesses, but outside of them.

Undoubtedly, the role of civil society organisations (CSO) is important. The challenge for India is that human rights organisations and defenders who fought against the violations by large MNCs do not lead the mainstreamed business and human rights narrative today.

Specialist CSOs are instead projecting the Business and Human Rights agenda as if it is a new narrative; they fail to recognise that the UN Guiding Principles was not a beginning of the agenda, but the achievement of thousands of defenders who struggled for decades.

There is a real fear that many of these specialist CSOs, with an incestuous nexus, would end up facilitating another ‘industry’ of business and human rights, and contest for their engagement for certification, for benchmarking and for human rights due diligence.

On the other hand, traditional human rights organisations and defenders are facing the dilemma of shrinking spaces and are eager to occupy any formal engagement space available to put forth their points. The strategic interventions by CSOs have become things of the past. In these scenarios, there is little that CSOs could achieve in transforming the culture.

Beyond the CSOs, the other significant constituency is that of the large number of constitutional and statutory authorities that are supposed to maintain an arm’s distance from the government and vested interests.

A NAP should precisely target the following five objectives: One, encourage CAG to evolve auditing standards that seek to ensure human-rights compliance and extend the same to all public-private partnerships. This should ensure respect to human rights in all cases of public procurement and of public investment.

Two, mandate the Central Election Commissions to regulate corporate funding of political parties, including directing mandatory disclosures of donations as well as of any conflict of interests by both businesses and political parties.

Three, obligate the Union Public Service Commission to direct all public enterprises and companies invested with public funds or loans to organise diversity audits. They should put the findings and appropriate action plans in the public domain.

Four, expand the powers of the Human Rights Commissions to issue notices to businesses and to create business and human rights ombudsperson to monitor human rights situation in businesses.

Five, authorise the National and State Commissions for scheduled castes and tribes, women and those from other backward classes to issue notices to businesses on violations in their workspaces and value chains.

These authorities, although working with limited powers, for sure, have the potential to create and facilitate narratives around business and human rights.

Finally, the most crucial constituency is that of educational institutions.

Business managers will see human rights only as a risk — not as intrinsinc to the business — unless, there is a proactive attempt to make Business and Human Rights a core part of management curriculum; the subject should be elective or optional.

Every business manager groomed should be a human rights defender: That should be the motto of all educational institutions.

Contemporary capitalism, which envelopes such institutions too, will refuse to challenge itself. Instead, it will offer band-aid solutions: Not to solve the problem or provide relief, but to hide the ‘wound’ — to keep the company’s image clean.

Would the NAP being prepared rise to the occasion?

Pradeep Narayanan is Honorary Fellow at Durham University, United Kingdom. He has been working on issues pertaining to human rights for over two decades. The views expressed are personal

Views expressed do not necessarily reflect that of Down To Earth.