In 2018, close to half of the world's population will vote for their governments 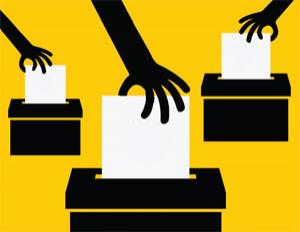 In 2018, about 74 countries will vote for new governments across the globe; some three billion people will cast their vote. This decisively makes 2018 a year of great importance. It will not just be a dance of democracy, but also a mass euphoric display of democracy. These elections come at a time when the world is in the cusp of many historical changes. That’s why the year needs more than a normal tracking and scrutiny.

The countries going to vote for new governments are spread across all continents. And each continent is facing its own unique moment in history. Together, they will redefine global development politics. Africa is facing the age-old question of whether democracy would rescue it out of its decades of desperate development indicators. Africa has the world’s highest untapped potential in all sectors. Both North and South Americas are facing the challenge of post-disaster rehabilitation and also the unwanted changes in usa’s policies. These countries will also need to meet the challenge of years of economic slowdown. They will need to deal with the development dilemma of how much natural resources need to be compromised for economic development. Asia is at the core of the global economy debate. Oil production from this continent will decide the global energy market. Not to forget is the global governance challenge as to how deep democracy would percolate in the Arab world.

On the other hand, there is an increasing lack of confidence in electoral democracy. One can celebrate this periodic display of democratic might. But if elected governments are not able to live up to electors’ confidence, there will be insurmountable challenges. Moreover, unemployment, particularly among the youth, is at its peak. Majority of protests across countries are led by young people. Add to it the growing tendency of anti-globalisation sentiment. Whether it is the US or the EU (read Brexit), there is this “my-country-first” policy, which is invariably deciding the national political discourse. Though all countries voting for new governments have been affected by climate change, there is a sharp division between those who are responsible and those who are victims. This fight for equity to solve the planet’s biggest development challenge remains here. So countries might be united in adopting one form of government—electoral democracy—but they are today more divided than ever before on the question of a global agenda for development.

There is no sure way to forecast so many elections and their cumulative impacts on the global development agenda. But in a scenario, where there is an intrinsic connect between global and local issues, one thing is sure that elections in 2018 will have far-reaching ramifications for the global governance regime. For example, if Republicans win the US House of Representatives election, it would further reinforce President Donald Trump's "America First" agenda, a significant indicator of the anti-globalisation sentiment. This will have a ripple effect on countries that share deep ties with the powerful global player. The fight against climate change would also be further weakened. Without an agreement with the planet’s historic biggest emitter of greenhouse gases, most of the countries will be affected.

In India, 2018 is important for both electoral and development agendas. This is practically the last year of the incumbent National Democratic Alliance government led by Prime Minister Narendra Modi (he will face elections in 2019). But with an inextinguishable rural distress in many states, he faces a difficult task of gaining back the confidence of rural voters. In 2018, key states like Madhya Pradesh, Karnataka and Rajasthan will elect state governments. These states have witnessed widespread rural distress and protests by farmers. So, will 2018 be the year of rural India, or as they say, Bharat?