Africa's non-communicable disease burden likely to worsen without political will

Africa has the resources and support to tackle non-communicable diseases; all it requires is political will to seize the opportunity

Most NCD deaths in Sub-Saharan Africa occur in the age group of 30 to 60 years, when people are at the peak of their productivity. Credit: Tarique Aziz/CSE

Health and well-being are at the heart of the United Nation’s Sustainable Development Goal 3 (SDG3), which for the first time brings non-communicable diseases (NCDs) to the global discourse. NCDs are inevitably called into question when we consider the core of SDG3, which is to achieve universal health coverage (UHC). Reducing premature mortality largely depends on our ability to include NCD coverage in UHC policies, while at the same time curbing prevalence of NCD-related risk factors, such as smoking and alcohol consumption, through effective policy reforms and focused prevention campaigns.

This is particularly important in Sub-Saharan Africa (SSA), where NCDs will be the leading cause of death by 2030, estimates the World Health Organization (WHO). In 2015, NCDs accounted for 3.1 million deaths (33.5 per cent of all deaths) in the region, rising from 29.4 per cent in 2010. What is more worrisome is that most NCD deaths in SSA occur in the age group of 30 to 60 years, when people are at the peak of their productivity. Recent estimates suggest that over one-third of the disease burden in the region can be attributed to NCDs. Emerging evidence proves that the situation is bound to worsen as almost half of the population already suffer from hypertension, an important risk factor for cardiovascular diseases.

The prevalence of unhealthy risk behaviours is another reason for concern, with estimates indicating that 25 per cent of men in SSA are smokers. While the overall per capita alcohol consumption remains relatively low due to high abstinence levels in some areas, heavy consumption is observed among drinkers. Even within SDG3, three objectives target NCDs explicitly. The first aims at reducing premature deaths before the age of 70 by one-third through prevention and treatment and by promoting mental health and well-being. The second is to strengthen the implementation of WHO policies like the Framework Convention on Tobacco Control and prevention. The third is to prevent the harmful use of alcohol.

A new challenge
NCDS are an added burden to the existing weak health service provision in most SSA countries that is already struggling to keep up with the disease burden imposed by communicable, maternal, child and nutritional conditions. In Burkina Faso, for example, primary healthcare facilities called the Centre de Santé et Promotion Sociale are not equipped to provide care for NCD patients. This discourages users from seeking care, since they have to travel long distances to reach the district hospital for diagnosis and treatment. Our recent work in the country suggests that at the moment, only one out of five individuals affected by an NCD seeks care at a formal healthcare facility.

Poor health service is the result of weak health financing structure. Member states of the WHO African region are well below allocating 15 per cent of their government budget to health as prescribed by Africa Union’s Abuja Declaration. This lead to high reliance on direct user contributions, which on an average account for 40 per cent of the total health expenditure in the continent. The impact of high individual funding is threefold. First, there is a supply shortage of NCD prevention and control measures, especially in rural areas. Second, in select regions where measures are available, demand remains relatively low due to knowledge, geographical and financial barriers. Third, individuals affected by NCDs face high out-of-pocket spending with potentially catastrophic consequences for households. For example, in Malawi, paying for NCD care is responsible for close to 2 per cent of the impoverished population in the country. 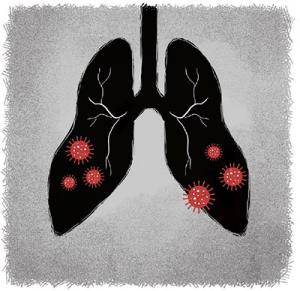 In light of the health system weaknesses, one is left to wonder if SSA even stands a chance to meet SDG3. A closer look, however, suggests that the continent has multiple opportunities to counter NCDs. The International Monetary Fund estimates that even at current levels of spending on health, Africa’s expected economic growth should result in higher health budgets. In addition, more specific analyses have highlighted the potential of many African countries to increase domestic funds for health spending. One short-term option can be raising taxes on tobacco and earmarking the additional funds for health. Alternative strategies such as earmarking value added taxes for health or taxing the mining industry have been proposed to increase domestic health resources.

Increasing domestic resources, however, should not come at the price of reducing international support. SDGs call for collaborative and concerned effort, bridging financial, material and human resources across high- and low-income settings.

Increasing the health budget comes with the responsibility of making adequate and efficient use of the resources. To this regard, WHO has long identified the best buys to reduce economic burden by NCDs in low-and middle-income countries. SSA countries in particular need to focus on its young population to prevent the onset of unhealthy risk behaviours. As health system researchers, we know that embedding NCD-specific efforts within overall reforms in health system will have long-term strategic sustainability. The recent legislation to enable structural health financing reforms in countries as diverse as Kenya, Ethiopia or Burkina Faso reminds us of the importance that governance can play in steering systems towards positive change.

We firmly believe SSA countries can generate the necessary resources and develop technical know-how to invest them effectively. What we hope for is the political will to seize these opportunities and translate them into better health for the continent’s population. Only time will tell whether SSA stands up to the challenge and manages to achieve SDG3, especially by reducing one-third premature NCD mortality by 2030.

Achieving SDGs is important because unlike the Millennium Development Goals, which addressed specifically issues relevant to Low and Middle Income Countries, the former calls for greater action at the global level. This choice reflects an explicit acknowledgement of the fact that a better future for the global community is only possible if we join forces and work together across boundaries towards achieving a shared set of objectives.

(This article was first published in the 1-15th December issue of Down To Earth under the headline 'Reform policies, focus on prevention'. It is part of a series on healthcare in Africa. See previous articles in related stories).