Anaemia: India needs social norms-based interventions at every phase of a woman’s life

While behaviour change communication for drug adherence and knowledge of anaemia as a serious disease is needed, challenging detrimental social norms must accompany such measures 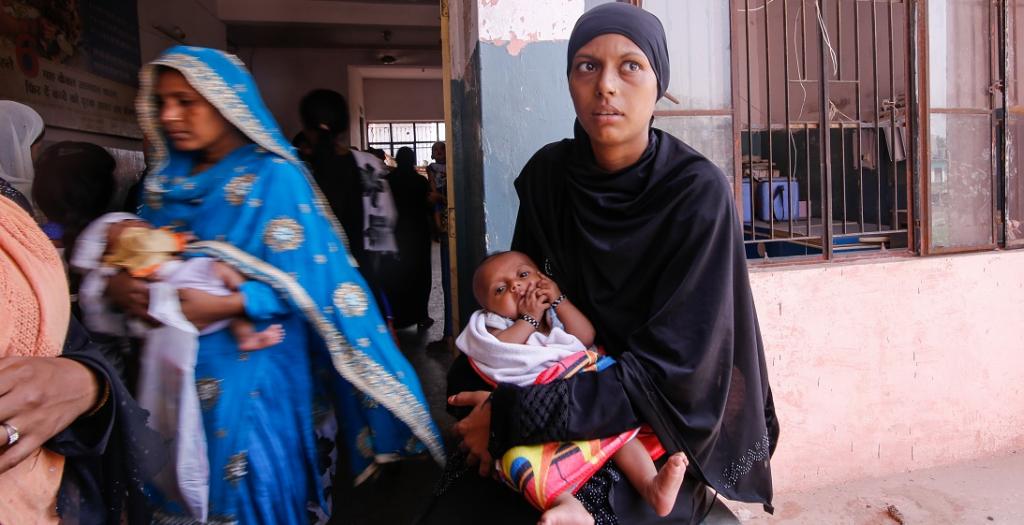 In the last two decades, the prevalence of anaemia among Indian women of reproductive age, on average, has been 20 per cent more than the world average. While one in three women in the world is anaemic, one in two women is anaemic in India.

Figure 1: Prevalence of anaemia among women of reproductive age (% of women ages 15-49) 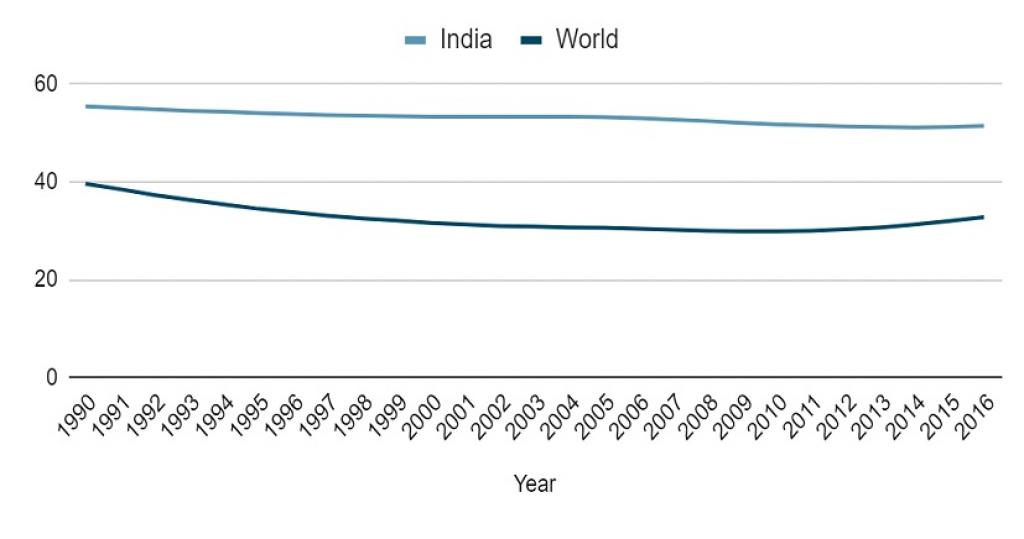 Although there are several causes of anaemia, the foremost is iron deficiency, followed by deficiencies in folate, Vitamin B12 and Vitamin A. The disease can have serious physical, social and economic consequences as it leads to fatigue, stress and diminished productivity and chronic anaemia can lead to cardiac failure and death.

During pregnancy, a woman needs an extra intake of 15 milligrams of iron per day to support herself and the baby, the lack of which increases the risk of maternal mortality. India does not perform well in maternal health as well. While half of all global maternal deaths due to anaemia occur in Southeast Asia, 80 per cent of them happen in India.

Despite these, the recently released partial National Family Health Survey or NFHS-5 (2018-19) data showed that more than half of women in 13 out of 22 states are anaemic and anaemia among pregnant women has increased in half of the states / Union territories compared to NFHS-4.

Let’s dive into behavioural factors entrenched into our societies that perpetuating these poor health outcomes:

1. Undernourishment since birth: It is common for a girl child to be discriminated against right from birth in a patriarchal society. Due to son-biased fertility preferences, girls are breastfed for less time than boys and receive lower food supplements. This makes them weaker as they grow up. Women eat the last and the least at home, only after serving and catering to the other members of the family. Due to this, the leftovers that they consume at last might not have enough iron and protein required for their body, especially when menstruation leads to regular blood loss. Because of the lack of Vitamin B12 and hookworm infestations in the stomach, most of the little iron that they consume is also not absorbed in their body.

2. Perception of anaemia: Since the lack of awareness about this is common, women and communities don't fathom its severity. While women don’t know the clinical term “anaemia”, they do recognise it through its symptoms like weakness and paleness. A 1998 study discuss the terminologies used in different parts of India as shown in the chart below. Another 2014 study also found that women used “less blood in the body” to describe anaemia in a study conducted in Mumbai.

Both the studies mentioned above found that most women have also normalised the occurrence of weakness as something common, especially during pregnancies. They believed that weakness was a product of physiological changes in the body and did not think that was serious enough to demand proper medical attention.

They sought medical care only when the situation got worse after long periods of ignoring the symptoms. The study in Mumbai also found that women were not aware of the risk of maternal death and believed their roles to be only that of a child-bearer who must prioritise the child's health. While seeking treatment, financial constraint was the primary reason for delays.

3. Inadequate uptake of IFA tablets: Despite health programmes like ICDS that have been providing Iron Folic Acid (IFA) tablets to pregnant women for decades, and the Anaemia Mukt Bharat Score Card (2019) revealing that 84.8 per cent of pregnant women in India are within the IFA coverage in 2018-2019 Q4, the NFHS-5 (2018-19) shows a rise in anaemia among women. This indicates a problem with the uptake of IFA tablets.

The NFHS-4 India report shows a consistent mismatch between the purchase/provision of IFA tablets and their consumption. Only a little more than one-third of those who were given or purchased IFA tablets took them for 100 days or more — what we are looking at is a low compliance rate issue.

Figure 2: Among women with a live birth in the past five years, the percentage who during the pregnancy of their last birth were given or purchased IFA tablets and took it for 100 days or more

4. Misinformation about IFA tablets: Apart from the lack of awareness of the severity of anaemia, there is also an information gap about IFA tablets as a remedy, forgetfulness of patients and hence, the inability to take medicines for a minimum of the prescribed 100 days. Women’s experience of side effects of IFA tablets like nausea, heartburn and abdominal pain, or fear of possible effects can deter women from seeking or continuing their treatment. Some women also believed that too many iron tablets could “cause too much blood or a large baby, making labour more challenging”. There is also a possibility that women don’t attach any value to those tablets and are suspicious of their benefits and quality since they are free.

5. Lack of agency: In some cases, mothers did not even receive antenatal care, which includes the provision of IFA tablets and awareness about the consumption of iron-rich foods, because their family members did not think it was necessary. It is evident from the figure below that in both urban and rural areas, the husband’s or family’s choice for not taking antenatal care is dominant.

Another important reason that emerges is the cost of care. Data also shows that for 22.6% of female respondents, the decision about their own health is taken mainly by their spouse. Studies have also found that husbands don’t pay much heed to women’s problems, as long as they actively participate in household chores despite their health condition.

Only when women are bed-ridden do they take them to the doctor. This indicates that even with the presence of programmes that stand to mitigate anaemia in the country, such behavioural factors obstruct an anaemia-free India.

Figure 3: Reasons why the child's mother did not receive antenatal care according to men

Hence, to battle these behavioural problems, health policies must:

Address nutrition needs at every phase of a woman’s life

Malnourishment as an infant can lead to anaemia in adolescence, which can get aggravated during pregnancy. Hence, while trying to address anaemia among women and adolescents, programmes should also integrate solutions for less breastfeeding time and food supplements for girl infants.

Strong preferences for sons and biases against a girl-child are a behavioural problem deeply rooted in the patriarchal society. Hence, smart behaviour change communication is required to nudge parents towards gender equal mindset.

Interventions must recognise that women eating last and least in the household, husbands or families dictating the need for antenatal care, women’s need to take permission before visiting a healthcare facility, all constrict women’s agency and contribute to their malnourishment.

While behaviour change communication for drug adherence and knowledge of anaemia as a serious disease is needed, challenging detrimental social norms must accompany such measures.