Antimicrobial Awareness Week 2021: How the environment plays a role in AMR

The environment is key to the One Health approach to address AMR, which is being strongly advocated by the United Nations and other actors

The well-documented public health impact of this phenomenon is immense.

The failure to halt or reverse this trend is likely to push the world into a post-antibiotic era where even small injuries may become difficult to treat and major developments in complex and life-saving technologies may get negated. In a low estimate, already, 700,000 people die each year of resistant infections.

The key factors contributing to AMR are misuse and overuse of antibiotics in human health, food-animal production and agriculture, along with poor management of waste emanating from households, farms, factories and human and veterinary healthcare facilities.

The emergence of resistance in microbes at a genetic level is an inevitable biological phenomenon. But their interaction with varying doses of antimicrobials under a conducive milieu accelerates the selection of resistant sub-populations.

Most of this interaction takes place in the environment, especially in medical and municipal waste, sewage, effluents from industry, farms, aquafarming and health facilities.

There is strong evidence that the release of antimicrobial compounds to the environment, combined with direct contact between natural bacterial communities and discharged resistant bacteria, are driving microbial evolution and the emergence of more resistant strains.

The United Nations Environment Programme (UNEP) identified AMR as one of six emerging issues of environmental concern in its FRONTIERS Report in 2017.

The environment is key to the One Health approach to address AMR, which is being strongly advocated by the United Nations and other actors.

Unfortunately, the environmental sector has not yet been accorded priority in most developing countries and national efforts against AMR have been mainly implemented through human and animal health sectors and restricted to their respective domains.

UNEP has been working closely with the Tripartite organisations — the Food and Agriculture Organization (FAO), the World Organization for Animal Health (OIE) and the World Health Organization (WHO) — to strengthen environmental aspects in addressing AMR within the One Health approach. 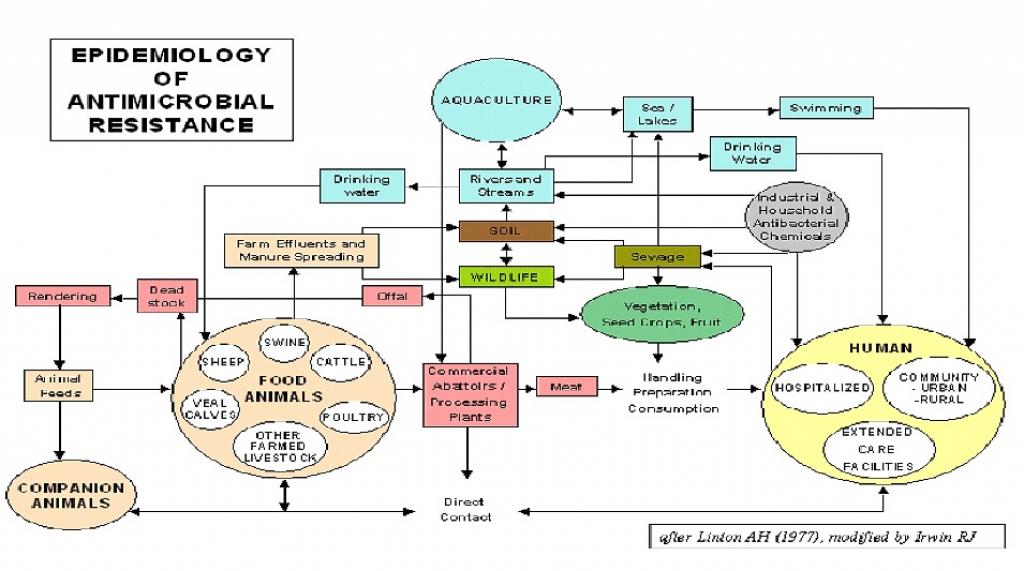 In 2017, a resolution was passed for the UNEP to prepare, in partnership with WHO, OIE, FAO and other organizations, a report on the environmental impacts of AMR and the causes for the development and spread of resistance in the environment.

The “environmental dimensions of antimicrobial resistance” report will be released at the next UN Environment Assembly in February 2022.

In India, UNEP is working with the National Institute for Cholera and Enteric Diseases, which is the Antimicrobial Resistance Hub of the Indian Council of Medical Research.

It is working to collate and analyse the existing science on environmental contamination from antimicrobial waste from households and hospitals and livestock, poultry, aquaculture and pharmaceutical manufacturing facilities.

The UNEP is getting funding support for the India project from the Government of Norway.

This report is expected to be ready by January 2022 and shall be a resource in revision of the National Action Plan on AMR for 2022-2025.

AMR is nothing less than a silent pandemic. Even as we advance the science on its different drivers, we must come together quickly to act based on what science is already telling us.