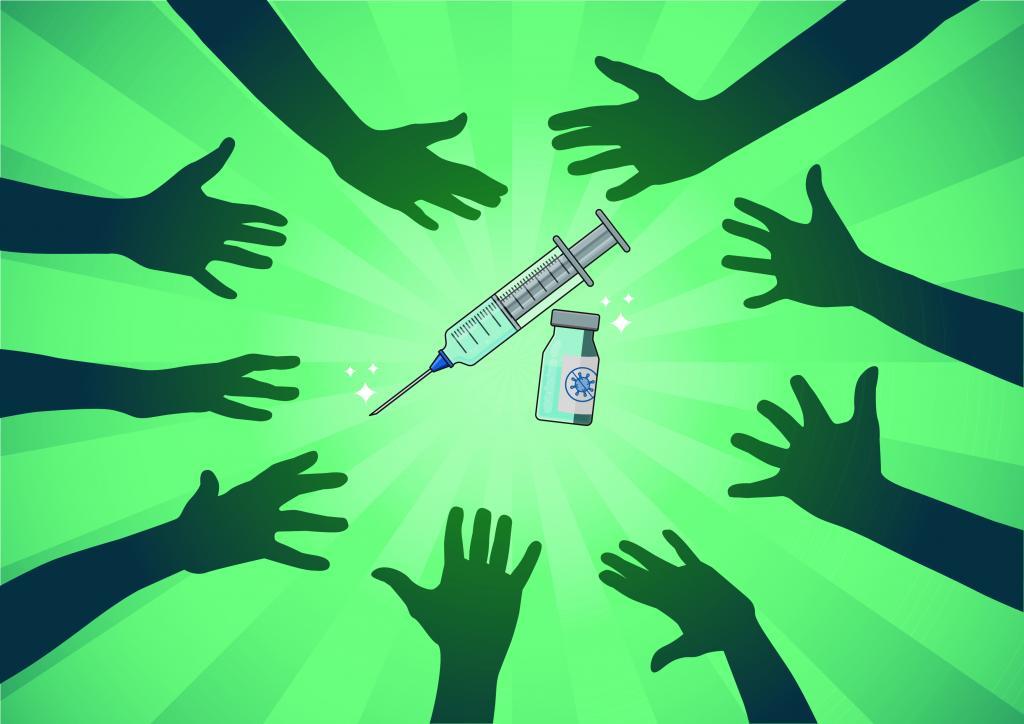 The role of vaccines in the resumption of economic activities in India and other countries following lockdowns to contain the novel coronavirus disease (COVID-19) is fresh in our memory.

Thanks to the rapidly invented, licensed, manufactured and distributed COVID-19 vaccines, we are inching towards a new normal today. This is yet another illustration of the critical value of vaccines and their vital role in public health.

Next to drinking water, vaccines are the most cost-effective public health intervention in saving lives. Every year, vaccines avert 2-3 million deaths from diphtheria, tetanus, pertussis (whooping cough) and measles through their use in routine immunisation programmes globally, the World Health Organization (WHO) estimated.

In fact, the newer vaccines — pneumococcal conjugate vaccine and the Haemophilus influenzae type b (Hib) vaccine (in combination with DPT and Hepatitis B given as Pentavalent vaccine in India) — have collectively saved the lives of more than 1.4 million children under five years of age.

But these vaccinations have a major indirect benefit: Not only do they prevent these diseases, but they also prevent the development of antimicrobial resistance (AMR).

AMR is a simmering but silent public health emergency. It occurs when microorganisms (bacteria, viruses, fungi and parasites) evolve and stop responding to medicines, making even minor infections tough to treat, causing severe illnesses and deaths.

Every year 700,000 people die of antimicrobial-resistant bacterial infections, which will cause a loss of $3.4 trillion to the world’s annual gross domestic product in 10 years. Poor prescription practices, inappropriate antibiotic dispensing in pharmacies and self-medication practices are key determinants of AMR in India.

Rising resistance in some pathogens such as gonorrhoea (a sexually transmitted disease) has resulted in bacterial strains that are untreatable by the existing licensed antibiotics.

In a globalised world, AMR is everybody’s problem. The Global Action Plan (GAP) on AMR was launched in 2015 by WHO. Today, almost 80 countries have announced National Action Plans to address AMR at a national level.

The GAP sets out the strategic objectives that include:

Vaccines are a vital tool to protect people and societies from preventable infections and spread of disease-causing agents, whether resistant or not. Prevention of infections results in reduced use of antimicrobials for treatment, reducing the selective pressures that drive the emergence of resistance.

Reduction of AMR will lead to fewer untreatable infections and more lives. Vaccines such as pneumococcal conjugate vaccine (PCV) protect populations by preventing transmission of infection, and protecting those not vaccinated (“herd immunity”). This has been amply demonstrated by evidence from several countries, including the United States in the graph below. 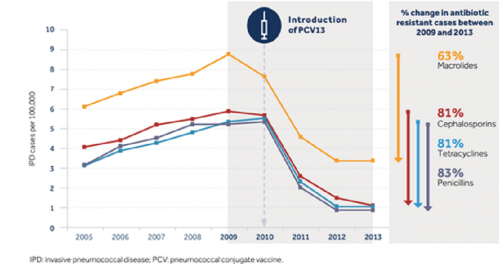 India also has one of the highest antibiotic resistance rates among bacteria that commonly cause infections in the community and healthcare facilities.

The Universal Immunisation Programme (UIP) of India is one of the largest public health programmes, targeting almost 26 million newborns and 29 million pregnant women every year.

The recent announcement to universalise PCV across the country is a welcome step for public health because of the collateral benefits.

The vaccine provides an indirect but significant benefit at scale to preventing the emergence of AMR. As an AMR-sensitive intervention, it not only prevents pneumococcal disease in children (pneumonia, meningitis and other forms of invasive pneumococcal disease) but also decreases the selection pressure on circulating bacterial strains due to inappropriate antibiotic use.

However, to understand and quantify this benefit, it is important that research studies are instituted early on. Data must be collected on pneumococcal disease transmission, carriage, prevalent pneumococcal strains in India and their antibiotic susceptibility profile.

Improved surveillance at genomic level is vital as India expands PCV across the country. Such studies will provide critical data for effective resource allocation and help determine the success of such initiatives, while also informing the collateral benefit of the change in AMR profiles of pneumococcal bacteria in India.