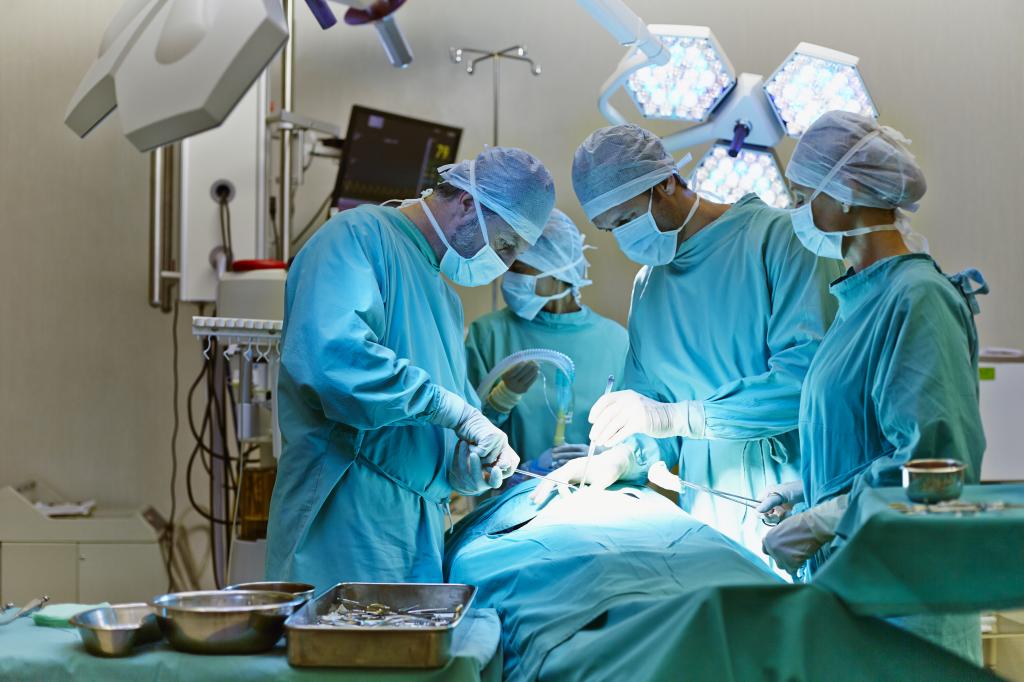 More than 2.8 million antibiotic-resistant infections occur in the United States each year, and more than 35,000 people die because of complications caused by resistance to antibiotics, according to 2019 data by the Centers for Disease Control (CDC).

Infection, therefore, becomes difficult to treat. This leads to risk of disease spread, severe illness and in some cases, death.

Irrational use of antibiotics is one of the important factors contributing to genesis of multidrug resistant bacteria or microorganisms.

Patients who develop infections caused by resistant micro-pathogens are at an increased risk of mortality, morbidity and longer hospital stays.

SSIs are the third-most common hospital-acquired infections, accounting for 38 per cent of all nosocomial infections, according to the National Nosocomial Infection Surveillance System of the CDC.

They are associated with prolonged hospitalisation and increased antibiotic therapy costs along with risk of mortality. The most frequently involved microorganisms include Staphylococcus aureus, gram-negative bacilli, coagulase-negative staphylococci, Enterococcus spp. and Escherichia coli (E. coli).

Methicillin-resistant S. aureus (MRSA) represents half of hospital-acquired infections in the United States and Europe.

Colistin is being used as last resort treatment for life-threatening infections caused by carbapenem resistant Enterobacteriaceae (E.coli, Klebsiella, etc). Resistance to colistin have also been documented in several countries.

Endogenous and exogenous flora during pre- and post-surgical hospital stay is responsible for surgical site infections. This may include resistant organism present on the patient’s skin, mucous membranes, viscera, theatre room, including air, equipment, materials, and staff members.

Due to the widespread use of broad-spectrum antibiotics, increasing rate of high virulence resistant organisms are usually isolated from post-operative wound infections.

It may also lead to systemic complications, including bacteremia and sepsis. It becomes pertinent to focus on prophylaxis or prevention of SSI because treatment of SSI caused due to resistant microorganisms is becoming increasingly challenging.

Rise of antibiotic resistance has been observed in up to 46 per cent of low- to middle-income countries .

Steps to curb AMR in hospitals

The world is dealing with paucity of new antibiotics; only a few are in pipeline. Antibiotic shortages are affecting both the developing and developed world.

Optimisation of antibiotic management by surgeons to improve clinical outcome is the need of hour. Misuse and overuse of antibiotics should be discouraged in clinical practice.

Systematic approaches for the optimisation of antibiotic use in surgical settings, both for prophylaxis and therapy, should be undertaken. Hospital-based programs such as antimicrobial stewardship programs need to be incorporated for rational use of antimicrobials.

Active surveillance of SSI along with feedback should be provided to surgeons or hospitals to device their hospital infection control or antibiotic policies.

Global or national guidelines to prevent surgical site infections should be adhered to in all surgical settings. Preoperative modifiable risk factors that can lead to or complicate SSI like diabetes, smoking, immunosuppression drugs, etc must be taken care of prior to surgery.

Antibiotic administration of an antimicrobial for surgical prophylaxis one hour prior to incision is considered appropriate and effective in preventing SSIs. This allows tissue concentrations of drug to reach therapeutic levels at the time of operation.

Guidelines recommend use of narrow spectrum antibiotics, such as cefazolin for most surgical procedures, or cefoxitin for abdominal surgery for prophylaxis of SSIs.

Continuation of routine prophylactic antibiotics beyond 24 hours after surgery needs to be avoided. The selection of antibiotic, the dose, timing and duration of prophylactic medication is crucial. Use of wound protector devices post-surgery reduces the risk of SSIs.

Global Action Plan on Antimicrobial Resistance was laid out in 2015 during the World Health Assembly to improve awareness about AMR as well as to strengthen knowledge through surveillance and research.

The World Health Organization launched the Global Antimicrobial Resistance and Use Surveillance System in 2015 to continue filling knowledge gaps and to inform strategies at all levels. In 2017, WHO developed the priority pathogens list which will be updated in 2022.

Awareness and knowledge towards menace of AMR, especially in surgical settings, needs to be developed among surgeons world over. A gap analysis should be undertaken to compare the current practices with recommendations in guidelines for prevention of SSI.