Despite a good beginning, 14 years of Tarun Gogoi’s rule have failed to deliver desired results in healthcare 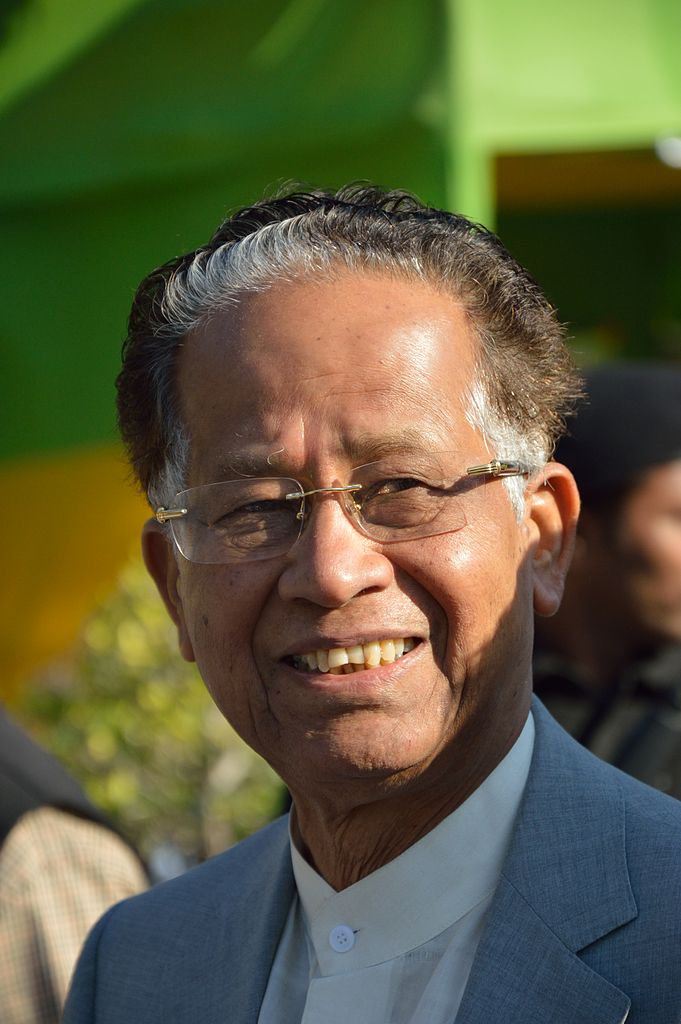 Assam, the biggest state in India’s Northeast, votes in a decisive election in the middle of 2016 (May-June). The election will be a verdict of sorts on the nearly three terms of incumbent Chief Minister Tarun Gogoi. Among the various issues on which the state will vote is public health and healthcare.

Assam has been a pioneer in undertaking several revolutionary initiatives in public health and healthcare.

For instance, there is the “boat clinic”. Formulated by Sanjoy Hazarika, managing trustee of the New Delhi-based Centre for Northeastern Studies and Policy Research and adopted by the Assam government, boat clinics provide health services such as immunisation, vaccination, prenatal and postnatal care for pregnant women, malaria intervention and Japanese Encephalitis intervention, apart from general health checkups in the remote riverine areas of the state, accessible only by boat.

Assam also implemented the “Janani Surakasha Yojana”, a cash transfer programme launched by the Union Ministry of Health and Family Welfare to reduce maternal deaths in 2005. Besides cash transfer, it makes provisions to reduce out-of-pocket expenditure.

Within India, Assam is a pioneer in starting gender budgeting. Gender budgeting came into the national context in 2005 and Assam started it from the financial year 2008-09.

In 2010, Assam started an emergency helpline. It is the second Indian state after Andhra Pradesh to have this “call-a-doctor” facility. The innovative and highly successful concept of having rural health practitioners for the delivery of trained and safe healthcare services in rural Assam drew accolades from several quarters of the country.

Also in 2010, Assam enacted the Assam Public Health Act that seeks to guarantee people’s right to appropriate and efficacious health care, especially towards effective measures of prevention, treatment, and control of epidemic and endemic diseases. The Act came into effect from January, 2011. The Act makes it mandatory for all hospitals and nursing homes (both government and private) to provide free health care services, maintaining appropriate  protocol of treatment  for the first 24 hours to an emergency patient of any kind. As a result, those who were once unable to afford costly medical treatment in private hospitals and were scared to go there can now do the same during an emergency.

However, despite all these well-intentioned attempts, the Tarun Gogoi government has been criticised for essentially implementing Central government schemes and taking credit for them. This is of course true.

But by being one of the forerunners in implementing these policies, the Gogoi government has proved its intention of doing something good for the people.

But the spirit does not always remain the same. Here is an example. Recently, the Assam Health Department set a record of sorts by recruiting 269 specialist doctors for six medical colleges and rural health centres in just two days in the current year. But the same posts had been lying vacant for several years.

Again, neither the public health nor the health department has remained scam-free. Towards the last part of former Health Minister Himanta Biswa Sarma’s tenure, the fake appointment scam of grade III and IV employees in the health department of Jorhat district rocked the state. The chief minister’s vigilance cell detected gross irregularities in the appointment of 84 employees during 2010-13.

Besides, the state has failed to achieve some public health goals despite having both, the knowledge and expertise. It has failed to control even those diseases which can be prevented by vaccination like Japanese Encephalitis (JE). In 2014, 51 per cent of the total cases of encephalitis in India were reported from Assam. What is noteworthy is that Assam was the first state in the country to start a JE Adult vaccination programme and the pilot project for it was undertaken in Sivasagar in 2011. But the government’s laxity, combined with the dearth of rare vaccines failed to deliver results.

The tuberculosis (TB) control programme cannot become successful if nutrition, life style and social environment are not given importance. Seventeen per cent of tea garden workers in Assam have tuberculosis. DOTS (directly observed treatment, short-course), the tuberculosis control strategy recommended by the World Health Organization. was launched in Assam in 2004. The recent incident of burning down of TB medicines at the Tamulikuchi State Treatment Centre proves how seriously this programme is being taken by the concerned people. These TB drugs are still beyond the reach of people in some areas of Assam.

Then, there is the issue of scarcity of medicines in government hospitals. Instead of getting free medicines, patients have to purchase everything. Though the papers show huge purchases of medicines by the state health department for the years 2013-14 and 2014-15, nobody knows where these stocks actually go.

District hospitals still lack special care units, medicines and laboratories to deal with any epidemic. The recent outbreak of dengue in Delhi has already proved that a functional public health care system is required to check the spread of any disease.  The government of Assam sent a proposal to set up an AIIMS in the state way back in 2001. Though the project was finally included in the current financial year Union budget, the site has not been finalized yet. While signing an MoU with Bengaluru-based Narayana Hrudayalaya Hospitals Private Limited in 2012, health minister Sarma had said that Assam would emerge as a health hub for the Northeastern region. His dream did not materialize and every year, a good number of patients have to go to Mumbai, Chennai and Delhi for the treatment of critical diseases.

An important aspect of public health that has failed to get importance is biomedical waste management. Public health being a state subject, it is the primary  responsibility  of the concerned state/ UT governments to take appropriate actions for proper management and disposal of  biomedical waste  at public health  facilities through the state  pollution control board in pursuance of biomedical waste (Management and Handling) Rules, of the Union Ministry of Environment, Forests and Climate Change. There is absence of appropriate mechanisms for disposing of medical waste generated in most of the health institutions in the state. It is largely done through indiscriminate burning, causing serious health and environmental implications. Infectious liquid waste is often released into the common sewage pipes without any treatment, ignoring the fact that mixing of untreated liquid waste with common sewage can cause contamination of ground water sources like wells, tanks and bore wells and adversely affect all life forms. During Sarma’s tenure, three new medical colleges were established. But even there, proper waste management facilities have not been established yet.

In the interests of public health, basic public health care determiners like safe drinking water, environmental sanitation and nutrition should have to be given priority. Chief Minister Gogoi had said that the Assam government had accorded priority to pure drinking water and sanitation to keep diseases at bay. Over a long period of time, drinking arsenic-contaminated water causes skin, lung, liver, kidney and bladder cancer. In Gogoi’s own constituency, providing arsenic-free water is becoming a political football.

In the beginning of the current year, the National Human Rights Commission issued show cause notices to the chief secretaries of 27 states including Assam and neighbouring northeastern states, calling for a detailed report on the steps taken to address the problem of flourosis in drinking water. Eighteen districts of Assam have become prone to arsenic and fluoride contamination. Fluoride contamination of drinking water supplied by the Public Health Engineering Department through hand pumps has crippled around 4,000 people in the Tapatjuri, Dikharumukh and Nijparkhowa villages of Haladhiati area under the Akashi Ganga Gaon Panchayat in Nagaon district.

Health and development are intimately connected. While insufficient development leads to poverty, inappropriate development results in prevalence of environmental health problems. Former health minister Sarma himself says that health does not mean just doctors and hospitals but everything that influences the well-being of a human being. Despite this realisation, he failed to initiate an integrated approach. The current health minister has failed to showcase even this goodwill.