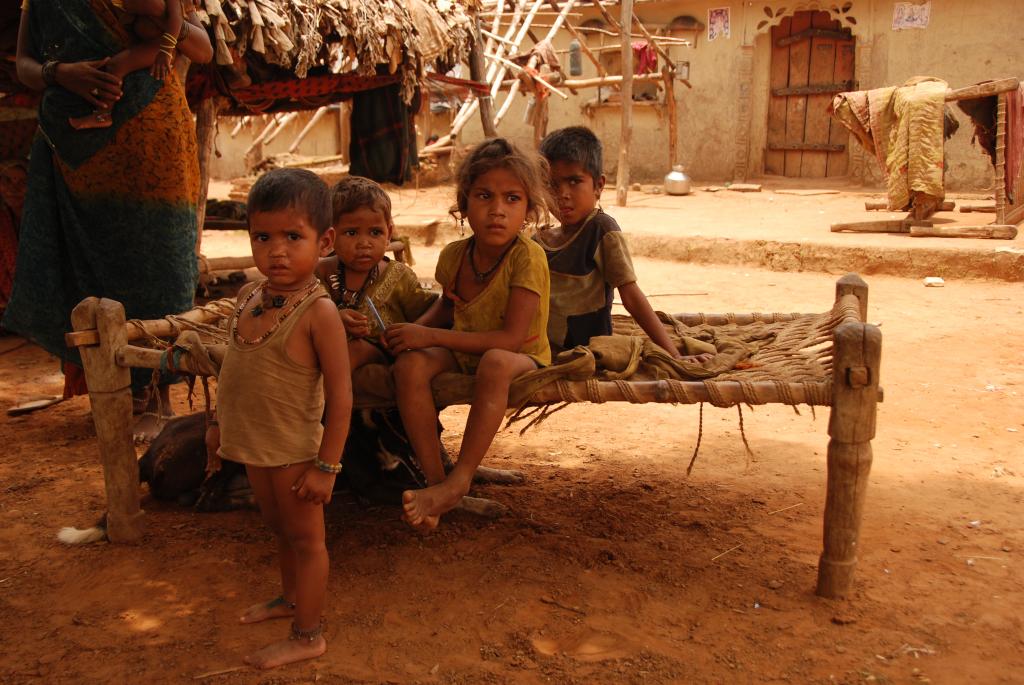 It was a mid-winter morning when we first met her at the anganwadi centre of Mai, a small village by the bank of the River Ganga in Bihar’s Munger district. The breakfast session at the anganwadi centre was just over, though some of the children were still busy with the last remains of sattu ki laddu in their dirty hands. Savita Devi, the sahayika (helper) at the Integrated Child Development Services (ICDS) centre, was already in the midst of preparing lunch for those kids. However, the sevika of the anganwadi was nowhere to be seen. When asked about her absence, Savita replied that the sevika had stopped attending her job as her salary was pending for four months. And it was evident from the way Savita answered that, she, too, would follow suit any day.

Later that day, we visited the next village called Damodarpur Mohuli. It presented a bleaker picture. The only anganwadi in the village has been non-functional for the past six months as the anganwadi worker has not received her salary for this time period. She has stopped opening the centre due to lack of food and medicine.

Clearly, something was going seriously wrong with one of the largest public service schemes in India, catering to the need of children below six years. But where did the shoe pinch?

It’s a proven clinical fact that a sound foundation in the childhood days is extremely crucial for the overall development of a human being. In fact, 90 per cent development of the brain occurs within first five to six years of an individual’s life. Thus, to ensure a right start to life, early childhood care and learning is exceedingly important. This was the idea the ICDS has emerged from. This scheme, implemented from 1974 onwards, has the potential to have the most comprehensive coverage. Over the years, the coverage and services of this scheme have seen a multi-fold increase.

A vision of a restructured ICDS involving a core package of services such as Early Childhood Care Education and Development (ECCED), Care and Nutrition counseling – Maternal and Child Health Services, Community Mobilisation, awareness and advocacy is very much a part of the latest policy. It mentions the transition of Anganwadis to Anganwadi-cum-crèches which provide for universalisation of care while ensuring preschool education. The aim is to turn them into holistic centres of Early Childhood Care and Development from mere ‘khichdi centres’.

A quick look at the data set revealed by the fourth National Family Health Survey (NFHS-4) reveals that nine out of the 11 states surveyed have not been able to reduce the rate of Infant Mortality even by two points annually. And, currently in India, 40 out of 1000 infants don’t get to celebrate their first birthday.

What is even scarier is the fact that among the 472 million children that the country hosts, a whopping 97 million are anaemic and undernourished. For Indian children five years or younger, 38.7 per cent are stunted (below normal height for the age), 19.8 per cent are wasted (underweight and short) and 42.4 per cent are underweight. India has one-third of the world population of underage mothers. According to the latest census data, 8.9 million out of the 12.15 million married children in India are girls. More than 450,000 married girls under 14 years of age have already borne children.

Too little for too many

To put it simple and straight, when we talk about India, we are actually talking about a nation where almost 40 per cent of the population is minor. And, here comes the riddle – the budget allocated to them is a meagre four per cent of the entire volume of overall Union Budget.

Keeping in mind the nature of care and education to be provided to children below six years would require special training and involve different methodology of learning. This vision can only be realised with proper and enough investment into the ICDS scheme. Sadly, the reality is otherwise. The budget allocation for the ICDS scheme has declined by 9.6 per cent, from 15,584 cr (RE 2015-16) to 14,862 cr (BE 2016-17). Some states like Maharashtra have seen a significant cut (from 3463 crores in 2015-16 (RE) to 1307 crores (2016-17) BE. This, for a scheme that is still only able to cover 50% of the child population of the country, clearly requires more investment.

While most of the countries in the world make child care and learning a priority, a large number of children in India also access mini Anganwadis that are devoid of pre-school education related services. The Right to early childhood development means the right of every child to survival, growth and holistic development, and the right to inputs that will make such development possible i.e. care, love, nurturing, protection, health, nutrition, stimulation, play and learning. (Report 259: ECD and Legal Entitlements, Law Commission of India, 2015). Without enough investment into the scheme, it is unjustified to expect anganwadi workers to deliver six services that the ICDS is supposed to provide. It is high time that the government realised this simple truth.

Universalisation of the ICDS is both about the quantity and the quality – the number of anganwadis in different corners of the country must increase and the quality of each centre needs to be upgraded to an anganwadi-cum-crèche. However, before the quality is improved, the service should at least reach every child. The reality at the grassroots level is dismal – both in terms of reach and the number of positions left vacant in the services. Neither does the service reach everyone it is supposed to, nor are there enough people to deliver the services.

The economic impact of not investing in this age group must be understood. It has a cascading effect on individual growth and development. We must also look at reducing social inequity by identifying and working with children who are most vulnerable and likely to perpetuate cycles of poverty (Report: Early Childhood Development – The key to full and productive life).  It is only adequate investment into their present that can ensure a brighter future.

The scenario is however, not all bleak. Over the past few years, the Indian government has initiated policy recommendations of provisioning of early childhood care under the Right to Free and Compulsory Education (RTE), 2009 and has introduced the National Early Childhood Care and Education Policy (ECCE).  The government also clearly acknowledges the critical linkage between early learning and improvement in learning outcomes in formal school at primary level. The intent is definitely there, loud and clear.

The need of the hour is to translate the intent to action. While policies can be created and legal frameworks can be built, as long as there is miniscule investment, nothing works. Given that there are numerous instances of children being saved from the hands of inevitable death owing to timely action by anganwadi workers, it is safe to say that the ICDS scheme is the government’s best bet to realise the vision set for children of this country. While India is committed to achieving the Sustainable Development Goals (SDGs), it cannot do so if we get used to being content with achieving incremental change for our children. Our priorities must be restructured.