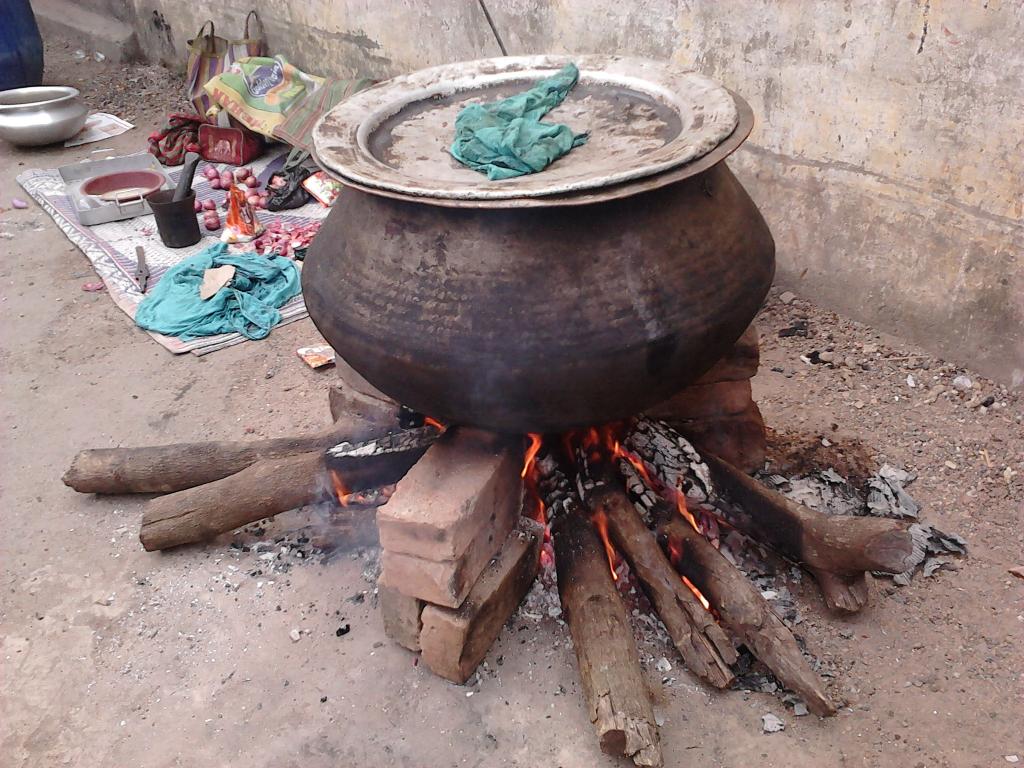 About 2.6 billion people — nearly half of the global population, most of them in Africa, Asia and central and south America — rely on biomass fuels, like wood and charcoal, or kerosene to cook meals, heat and light their homes.

In sub-Saharan Africa, about 85 per cent of the population (around 900 million people) rely on biomass or kerosene for cooking.

These fuels are often cheaper and more accessible than clean and modern energy sources like electricity and gas in low- and middle-income countries. However, they come at a high cost to human health.

Burning biomass for cooking creates high levels of household air pollution that people living in the household inevitably inhale. This contributes to more than two million premature deaths each year, mainly from respiratory and cardiovascular diseases such as lung cancer, chronic obstructive pulmonary disease and heart disease, as well as pneumonia in children.

In high-income countries, the inability to afford clean household energy has worsened people’s mental health, too. A recent study in the United Kingdom found that individuals who couldn’t afford to heat their homes had poorer mental health than those who could. This manifested in lower levels of life satisfaction.

However, there’s been little research into the effect that a lack of access to clean energy for cooking has on mental health in low- and middle-income countries.

To address that knowledge gap, we surveyed more than 1,100 women who were their households’ main cook and lived in urbanising communities in Kenya, Cameroon and Ghana.

We surmised that women’s mental health may be more likely to suffer from using biomass fuels than men’s as they are traditionally in charge of preparing and cooking food in these countries.

Women whose homes did not have electricity for lighting also had 40% higher odds of being depressed than those with electric lighting. Finally, we found that a longer time spent cooking each week was associated with lower mental well-being.

These findings suggest that enabling households to cook and light their homes with modern fuels may have a positive impact on their mental health.

Time is also lost because women often have to travel long distances to gather firewood. Also, cooking with biomass fuels takes much longer than it would with clean energy sources.

The dearth of mental health research in sub-Saharan Africa stems partly from people’s fear of being stigmatised if they speak up about anxiety, depression and other mood disorders.

We instead asked participants about specific aspects of their quality of life that they may be more willing to answer, using a survey instrument called the Short-Form 36.

For example, we asked participants: “During the past four weeks, to what extent has your physical health or emotional problems interfered with your normal social activities with family, friends, neighbours, or groups?” and “During the past four weeks, have you accomplished less than you would like as a result of any emotional problems (such as feeling depressed or anxious)?”

One woman from Kenya shared that cooking with gas has “saved (her) time in the morning” so that she is “able to prepare (her) child for school and get to work on time”.

Another Kenyan woman stated that cooking with gas “has made (her) save some money which (she) directs to the education of (her) children”, and that her “health is in good condition not as before when (she) used charcoal”.

While more research is needed to examine whether mental health improves over time when families are provided with gas or electric cooking stoves, our emerging research findings look promising.

We found that providing women in Nairobi, Kenya with stoves fuelled with bottled gas reduced their stress levels, improved their diets and provided them with more time to take on new employment.

Our hope is that these studies will provide further motivation to speed up the clean household energy transition in low- and middle-income countries. Worldwide use of “clean” cooking fuels by 2030 is one of the UN’s Sustainable Development Goals.

It has also been recognised by the International Panel on Climate Change as an essential target for mitigating climate change, specifically by helping to reduce global temperature rise.

As our research shows, there may be an important, additional mental health benefit if this crucial goal is met.