Anti-vaccine theories inspire fear in the general population, undermining a coordinated effort to defeat the virus 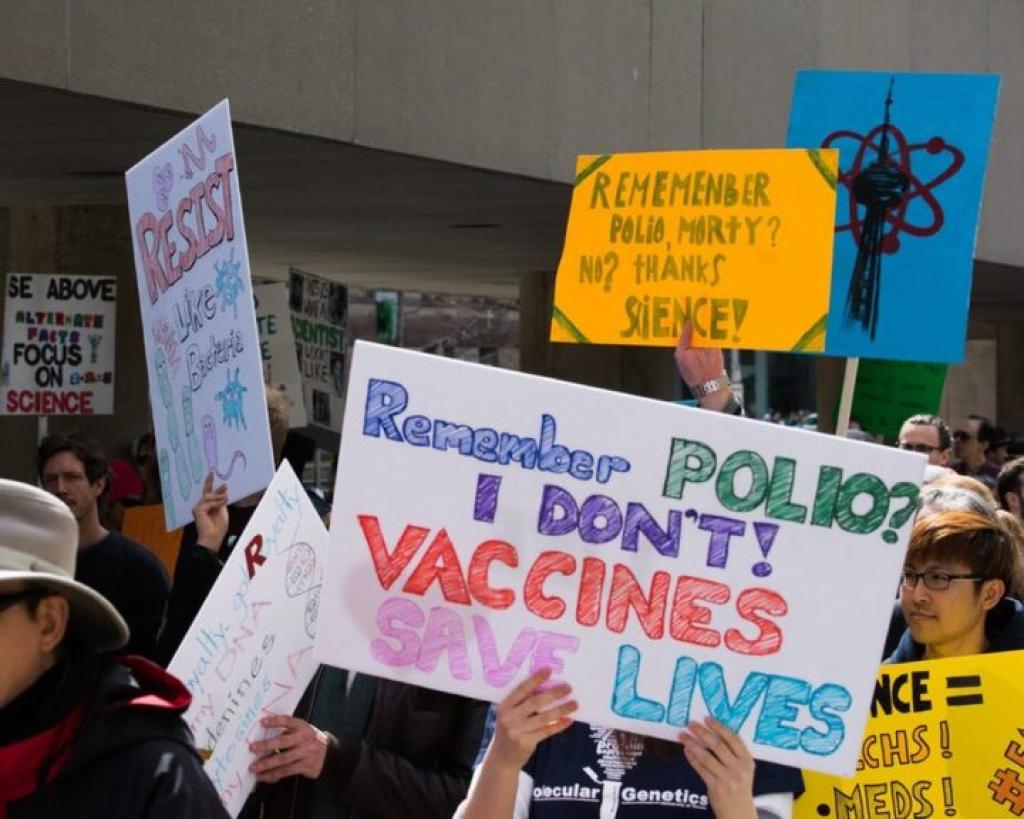 The anti-vaccine movement has undermined the efforts made in different parts of the world to eradicate polio, measles, and other viral diseases. In 2019, Pakistan reported a resurgence of almost-eradicated polio after political leaders campaigned against its vaccine. Two million mothers refused to vaccinate their children, convinced that the programme was an orchestrated plan to sterilise Muslims.

In the United States in 2017, 75 Somalis were infected with measles during an outbreak in Minnesota. The parents refused the vaccine after listening to Andrew Wakefield, a former medical doctor stripped of his British license to practice.

Wakefield preached that the vaccine causes autism, and his research paper has been retracted for controversial data. In response to the measures taken to fix the problem, Glen Beck, a TV-radio commentator, called the outbreak a “hoax.”

Sherri Tenpenny, a naturopathic physician, claimed during her anti-vaccine propaganda that “infants rarely die from measles,” even though more 140,000 people died from measles in 2018.

People are scared. A 2014 study of the University of Chicago shows that 20 per cent of Americans believe that doctors vaccinate children “even though they know such vaccines are dangerous and they do it for the money.”

But the reality is different. Doctors are giving up offering immunisations because vaccines are not cost-efficient. They are expensive, and the dollars go to the manufacturers’ pockets instead of the solo practitioners’.

Does this sound familiar? Many falsehoods around the novel coroanvirus disease (COVID-19) resemble these: ‘Bill Gates created the virus to eliminate 30 per cent of the population’ or ‘the virus doesn’t kill people,’ or ‘doctors are putting people on a ventilator to make money.’

And the problem is the fear these theories inspire in the general population, undermining a coordinated effort to defeat the virus.

As of today, 40 per cent of the Americans are unwilling to inoculate themselves against COVID-19. This percentage would jeopardise the possibility of eradicating the virus from the country.

One of those people is Micah Conrad, a Los Angeles resident, and a young film director who edited some videos for the Health Freedom Submit. Micah wasn’t anti-vaxx himself but now believes that the way to combat the virus is with diet, sun, and exercise.

Micah grew up in the countryside, was homeschooled, and attended a nondenominational Christian church. His mother provided him with healthy food around strong family ties.

It would be fair to say that Micah lived a childhood free of disease threats and with access to medical care. His opinion fits what research called motivated reasoning: “We tend to give more weight to studies, news articles, and any other form of information that confirms our pre-existing beliefs and values, and find ways to reject things that don’t line up with what we feel to be true…”

People like Micah would more likely reject to be inoculated.

In this scenario, President Trump promised a vaccine this year to boost his chances for a reelection. “ ‘If the public doesn’t trust the authorisation process and sees it as politically influenced, what is vaccine uptake going to be?.”

The defense against the anti-vaxx activists has always been the body of legislation and high standards for medical trials before releasing a vaccine.

For example, we have the Bio Logistics Control Act to prevent contamination of vaccines, the National Vaccine Injury Act that created a compensation for any damage, and the Vaccine Adverse Reporting System. But flexing the rules would justify anti-vaxx’s claims in the view of many who are now suspicious of the institutions.

The question is how the government would now convince people like Micah Conrad that the vaccine is a matter of public health. When we promote public health, we talk about prevention: We try to protect those ones who are more vulnerable, more exposed, and with a higher risk of dying.

As Anna Merlan says in her book Republic of Lies, one of the problems that a movement like the Antivaxx causes is promoting the lack of empathy. “Furthermore, by creating a legible moral map of the universe, conspiracism can lead to a particular lack of empathy, a route so simple and straight and perilously narrow it points, at times, directly to hatred.”

And hatred is, probably, the real infection we need to fight.

The article has been republished from pressenza. Read the original article here.