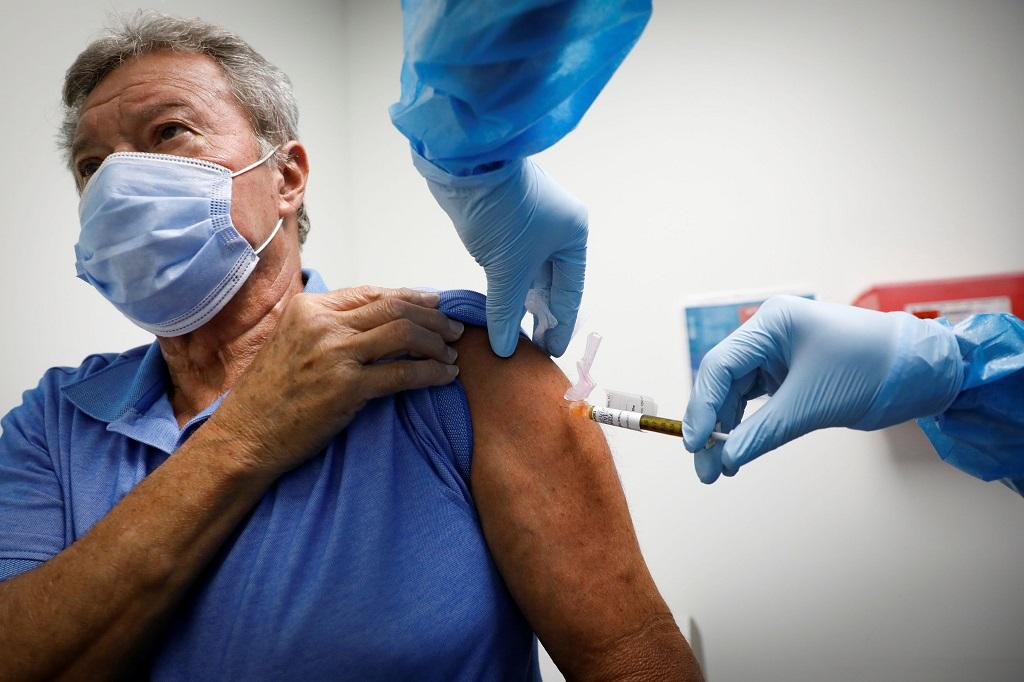 The United Kingdom is facing an alarming escalation of the novel coronavirus disease (COVID-19) pandemic. Primarily, this seems to be due to a new, even more infectious variant of SARS-CoV-2, the virus that causes COVID-19. As of January 5, there are more patients in hospital in the UK than at the peak of the first wave in April 2020. Case numbers have started doubling about every two weeks, and the death rate is also increasing.

It seems that the new variant managed to increase its spread even during the November lockdown, and it is still not certain that the new national lockdown measures will be sufficient by themselves to reverse the rapid increase in cases. The only sure approach to reduce illness, hospitalisation and deaths is through vaccination.

But it will take time to vaccinate the most vulnerable people. And it is expected that many people will get sick and die before they have the opportunity to be vaccinated. By deciding to delay giving the second dose of the vaccine — which tops up and lengthens the effect of the first dose — the UK government hopes that many people can have at least one shot sooner, will have some protection against the virus sooner, and that consequently many more lives will be saved.

How long will Britons have to wait for a second dose?

With the Pfizer vaccine, normally the second dose would be given 21 days or more after the first. For the Oxford/AstraZeneca vaccine, the second dose would usually follow the first after 28 days or more. The current advice in the UK is that in future people should have their second dose 12 weeks after their first, for both the Pfizer and Oxford/AstraZeneca vaccines. However, people who have already got an appointment for a second injection sooner than this should still turn up.

How protective is the first vaccine dose?

This depends on the vaccine. For the Pfizer vaccine, the two-dose schedule is 95% effective, but studies have shown that from 12 days after the first shot (so allowing time for it to generate protection) to the timing of the second shot, a single dose is about 85-90% effective.

The uncertainty is around how long this protective effect will last without a second shot being given, though it will almost certainly last the 12 weeks. A recent study looking at naturally infected people has shown that while the immune response to SARS-CoV-2 does decline over time, this shouldn’t happen quickly enough for delaying the second dose to be a problem.

No similar data exists for the Pfizer vaccine, so we cannot be certain what the effects of delaying the second dose will be for it, but it is likely that a delayed two-shot regimen will still be effective. We know from immunisations against other infectious diseases that the first, priming doses tend to produce immunological memory that is well maintained in healthy individuals, meaning that the second, top-up jab is still effective even if given late. That’s why vaccine schedules are flexible: if jabs are missed or delayed, we usually only require the schedule to be finished, not restarted.

Do the two doses need to be from the same manufacturer?

Ideally yes, and it is the UK’s policy that people should receive the same product for their first and second immunisations. However, if a second dose of the same vaccine is not available because of supply issues, or in the unlikely event that the record of the manufacturer of a person’s first dose is lost, then someone should be given whatever vaccine is available.

While mixing different brands of vaccine across doses is not recommended, mixing different vaccines against the same infection in many cases gives better protection – this is known as a “heterologous prime-boost”. There were already plans to run trials in the UK to test whether mixing different manufacturers’ vaccines does indeed improve efficacy.

What are the drawbacks of delaying the second dose?

The most obvious is the confusion that this change has caused, among both healthcare professionals and members of the public. There is also concern that people may not come back for a second injection if appointments are pushed back by a couple of months.

And, as has been noted, although it is unlikely that delaying the second dose until 12 weeks after the first injection will dramatically affect vaccine efficacy for either vaccine (and may actually increase efficacy), we do not have definitive evidence on this for the Pfizer vaccine.