Africa turns into a disease basket 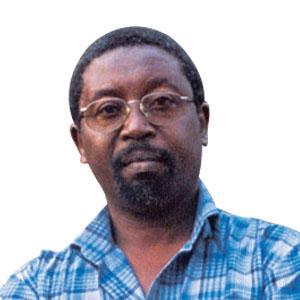 The African climate is a natural incubator of many tropical diseases, such as malaria, cholera, Rift Valley Fever (RVF), meningitis, yellow fever, dengue and chikungunya. These diseases are caused by pathogens that are temperature-sensitive. It is predicted that the frequency of these anomalous events will increase as the planet becomes warmer. The most dramatic impacts of climate change and variability in Africa were probably best observed in the 1990s when multiple El Niño and La Niña events occurred. These events were associated with a temperature rise of 2-5°C and excessive flooding. During these events malaria cases increased between 100 and 700 per cent while RVF caused significant livestock mortality and economic losses in Ethiopia, Somalia and Kenya to the tune of US $132 million due to a ban on exports of livestock products to West Asia.

Over 90 per cent of the global malaria burden occurs in Africa and is associated with considerable mortality and morbidity. Climate scenario indicates that the geographic range of these diseases may contract in some areas and expand in others. Of particular concern are African highlands where the temperatures for a long time were below 18°C, prohibiting malaria transmission. For example, malaria became endemic in the Central Kenya highlands after 1993 when the mean temperature permanently exceeded 18°C. Prior to the ongoing malaria control efforts, severe epidemics occurred in the East African highlands during El Niño years, resulting in 100 per cent increase in hospital admissions. 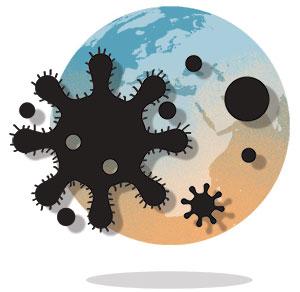 In the 1990s, it was recognised that malaria control in Africa required a global effort and special programmes were initiated. The prevalence of asymptomatic malaria fell by 50 per cent and that of symptomatic clinical cases fell by 40 per cent between 2000 and 2015. In the highlands of Western Kenya, the prevalence of infections fell by 80 per cent. Among other strategies, the development of malaria epidemic early warning systems made it possible to minimise the impacts of the epidemics.

Cholera, a water-borne disease, is also associated with climate variability. The largest epidemics observed in eastern Africa were associated with El Niño that cause water temperatures in lake and coastal waters to elevate. Cholera bacteria thrive under such conditions. In most countries in Africa, water and sanitation programmes have contributed significantly towards the quantity and quality of drinking water. RVF, a viral disease transmitted by several types of mosquitoes, is associated with flooding.

It is endemic in East Africa, Mauritania in North Africa and South Africa and disease transmission occurs during periods of extreme flooding. Recent observations suggest that its geographic range is expanding. The most effective control strategy is vaccination but this was restricted because the vaccine was being produced only in South Africa. Now, it is being produced in other countries such as Kenya. Since mass vaccination began in Kenya, no major outbreak has been reported.

Meningococcal meningitis is associated with dry conditions and 350 million people are at risk. In 2010, a vaccine was deployed in Bukina Faso, Mali and Niger, and was found to be suitable for public health use. Vector control, effective medicines and vaccines have had success in reducing the impacts of climate sensitive diseases. These efforts must be sustained through investments in health and research. It must be recognised that climate change impacts are increasing and must be addressed robustly.