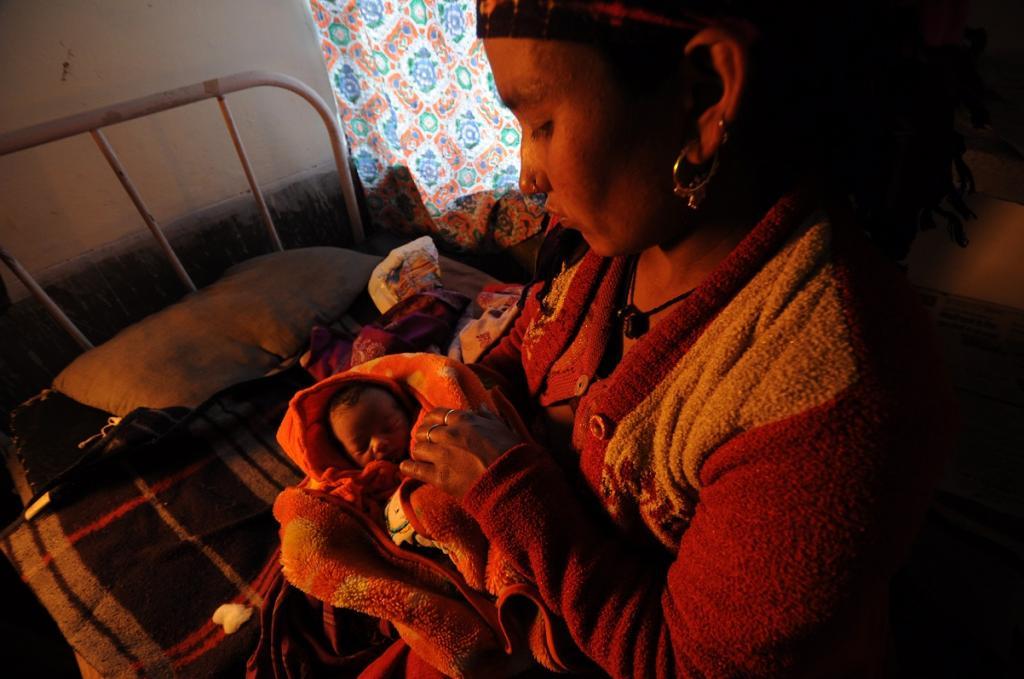 The reason for adverse sex ratio is not sex determination through ultrasound but the pitiable status of women in our society Credit: Sayantoni Pal Choudhuri/CSE

Female foeticide has been a hot topic of discussion in India during the last three decades. In 1994, the Union government enacted the Pre-Natal Diagnostic Techniques (PNDT) Act and claimed that it would be an effective deterrent that would put an end to the menace of skewed sex ratio in several parts of the country.

However, no improvement has taken place and the sex ratio has kept on worsening. Data on the website of Niti Aayog mentions 901 daughters in 2005-07 and 900 daughters 2013-15 as compared to 1,000 sons. As a result, the government has been introducing new rules and amending previous ones from time to time. Whatsoever little improvement is there, is due to more awareness in society, not due to the Pre-Conception and Pre-Natal Diagnostic Techniques Act (PCPNDT Act—the new name given to the PNDT Act).

It is high time to evaluate the data and analyse as to where we lag. Have we been beating about the bush for all these years? Isn’t female foeticide a social evil that needs redressal at the social level? Has the attitude of making doctors the scapegoat for the moral degradation of society that kills unborn daughters served any purpose? Can introduction of new rules for training of scan centre operators improve morality and awaken the conscience of those perpetrators of crime who extend facility to the couples who opt for sex determination? Will the age-old marketing maxim —so long as demand exists, supply will be there prove wrong?

While the world is focusing on extending the benefit of newer diagnostic techniques, how can we deprive masses from the bedside diagnostic technique that is being used like a stethoscope in most western countries? India doesn’t have sufficient number of radiologists. The gap of about 70 per cent is bridged by sinologists, many of whom have been doing ultrasound for the last 3 decades. No one can deny the grim reality that radiologists prefer to settle in big cities. No radiologist is ready to serve in villages where most of India lives. While India is preparing itself to cope up with deficiency of MBBS doctors through a 6-month bridge course for AYUSH/ BAMS/dentists, is it not a retrograde step to throw 70 per cent scan centres out of work, thereby creating an acute shortage of scan centres?

In 2014, in the name of curbing female foeticide, 6-month training rules were introduced that bar even sonologists having 10, 20 or 30 years of experience in sonography from conducting ultrasounds after January 1, 2017. Others will have to clear a competency test or avail fresh training of 6 months. How will this notification help curb femicide? The government doesn’t have the answer.

The Medical Council of India (MCI) prohibits anyone from claiming to be a specialist until he/she possesses a MCI-recognised MD/MS/Diploma in the said specialty. The MCI doesn’t recognise a person possessing six months of training introduced by the Indian government as a specialist in sonology. Similarly, the MCI doesn’t consider a person who qualifies for a competency-based examination introduced by the government of India as a specialist. Moreover, it is difficult to comprehend as to how, to serve the said purpose, it is relevant whether the ultrasound machine is in the hands of a person having an MBBS or MD (Radio-Diagnosis) qualification. By no stretch of imagination can it be stated that a person qualified as MBBS lacks the education or understanding to be not able to comprehend the fatal consequence of female foeticide as a result of sex determination or the moral issues behind the same.

Radiologists and sonologists doing ultrasound scans are risking their lives, liberty and careers while doing the ultrasound scans of pregnant women. On the one hand, the existing custodians of the PCPNDT Act have created various impediments even on the otherwise justified scans of pregnant women. On the other, the relatives of pregnant women are frequently not in the mood to listen to legal sermons from doctors and nurse ill-will against the sonologist. In some cases, this leads to tragedy. A doctor in Safidon town of Haryana’s Jind district was shot dead for asking the identity proof of a pregnant woman before conducting a scan. In another case, a female doctor in Rampura of Punjab’s Bathinda district consumed poison in the court room.

Doctors are routinely prosecuted for the incomplete filling of "Form F", of not displaying a copy of the PCPNDT Act. Clerical errors are not synonymous with sex determination. A doctor's focus during an ultrasonography has to predominantly be on ruling out congenital malformations and other abnormalities which could affect the mother and baby. Harassment of doctors doing obstetric ultrasound will dissuade youngsters from entering this branch of medicine which cannot be good for society.

Ultrasound is an indispensable medical tool just like the stethoscope without which, no doctor or hospital can work. The antenatal diagnosis of low-lying placenta using ultrasound is the single most important reason for decrease in maternal mortality in India that has been seen in recent decades. The control of ultrasonography through the PCPNDT Act and the harassment of doctors under this have not resulted in decrease in sex ratio in the two decades it has been in existence. Doctors working in independent, small and medium healthcare establishments, without any government subsidy or support were largely independent of bureaucratic interference. The PCPNDT Act is now used as a tool to keep these medical professionals in check. Having power to seal the ultrasound machines, the authorities (sometimes at behest of their political masters) use this power liberally to browbeat already-compliant doctors into further submission. Families who compel pregnant women to undergo sex determination tests and women, who come of their own volition, are often let off, in sheer violation of the PCPNDT act.

There is no dispute that those indulging in sex-selective abortions should be prosecuted. But the sad fact is clinics registered under the PCPNDT Act and complying with it, are made scapegoats. Second-hand ultrasound machines purchased from grey markets and handheld Chinese ultrasound machines used by fly-by-night operators who are mostly unqualified, have the monopoly on sex determination in most states, and these are nowhere on the radar of authorities. With easy availability of over-the-counter abortion pills, well-advertised on TV, the role of qualified doctors in this crime against humanity is nearly non-existent.

If the government would have banned the transfer of ancestral property to males for two decades, the male/female ratio would have reversed instantly and forever. A social-ill cannot be remedied by a bureaucratic pill of banning sex determination. The reason for adverse sex ratio is not sex determination through ultrasound but the pitiable status of women in our society. Without correcting the status we give to our women, no method will succeed in reversing the sex ratio.

A change in mindset of government as well as public to curb the menace of femicide is the need of the hour. Making doctors the scapegoat, violating their fundamental human rights and committing a slow systematic genocide of sonologists won't be the right approach.