Hypocrisy of the west

A legitimate tool to meet any public health crisis, rich countries, particularly the US, have resolutely opposed its deployment by developing nations as it cuts into monopoly profiteering 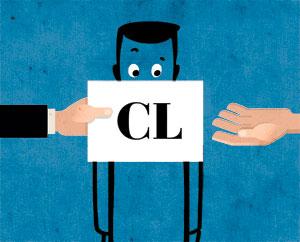 There has been little noise globally over what one could safely describe as a major tremor to shake the western pharmaceutical industry. News of this development is only now trickling across the world, sparking much speculation into its import. What has occurred is the grant of compulsory licence (CL) in Germany, the economic powerhouse of Europe, allowing a pharma company to override the patent of another. In the West, the use of a CL is severely frowned upon since protection of intellectual property (IP), specially in the form of a patent, is sacrosanct even if it means patients have to go without desperately-needed medicine because of the high cost of patented drugs. India’s decision to issue a CL five years ago had brought the entire global pharma industry and its top lobbyist, the US Administration, down on us like a ton of bricks.

But there appears to be a tectonic shift in the developed world. In July this year, Germany’s Federal Court of Justice (FCJ) upheld the grant of a CL to Merck to override the patent of Japanese drugmaker Shionogi for a drug to treat HIV/AIDS. For many, the sharpest irony is that the CL has been granted to a US drug giant and not, as in India’s case, to some small generics manufacturer. For now though, we will focus on the milestone development where for the first time in its 55-year history, Bundespatentgericht (German patent office) awarded a CL to Merck to produce Raltegravir, an active compound used to treat HIV/AIDS cases.

The intriguing aspect of this case is that Merck had already been flouting the law by selling its version of Raltegravir since 2008 in the German market. In fact, Merck had opposed Shionogi’s patent at the European Patent Office (EPO) which had ruled against the US drug major by upholding the Japanese firm’s patent. As subsequent negotiations on a licence for Merck to produce the drug worldwide failed, Shionogi had taken the firm to court for patent infringement. Unexpectedly, Merck got a stay on the case till its application for CL was disposed off. This was upheld by the Federal Patents Court and confirmed by the FCJ.

The latter’s decision was based on two grounds: first, that the applicant had tried without success for a ªreasonable period of timeº to obtain a CL on reasonable terms. Secondly, because of ªpublic interestº. It is deeply significant that the issue of public interest is looming large in the discourse on patents in a country that is noted for its robust protection of IP. The patent office granted the CL after independent expert opinion confirmed that there was an urgent public health requirement that overrode the interest of the patent holder and his monopoly rights. The expert report said that certain groups of HIV/AIDS patients, such as pregnant women, babies and children, and those who had been on treatment for a long time, needed therapy with Raltegravir. Merck is currently the only company that can produce the drug.

To some analysts, the German CL portends a big shift in the way developed countries view IP when faced with a health crisis of their own. Although the CL is a legitimate tool that governments can use to meet any public health crisis, rich countries, particularly the US, have resolutely opposed its deployment by developing nations because it cuts into monopoly profiteering. India has been singled out for systematic attacks for what was made out to be its propensity for granting CLs. The fact is India has granted just one CL: in 2012 to Natco Pharma for making German multinational Bayer’s anti-cancer drug Nexavar, and the bitter truth is that after the uproar, India has shied away from CLs.

India should now make the most of the Merck case to expose the hypocrisy of the west and issue some urgently needed CLs.

(This article was first published in the 1-15 issue of Down To Earth, under the headline 'Germany goes the India way').