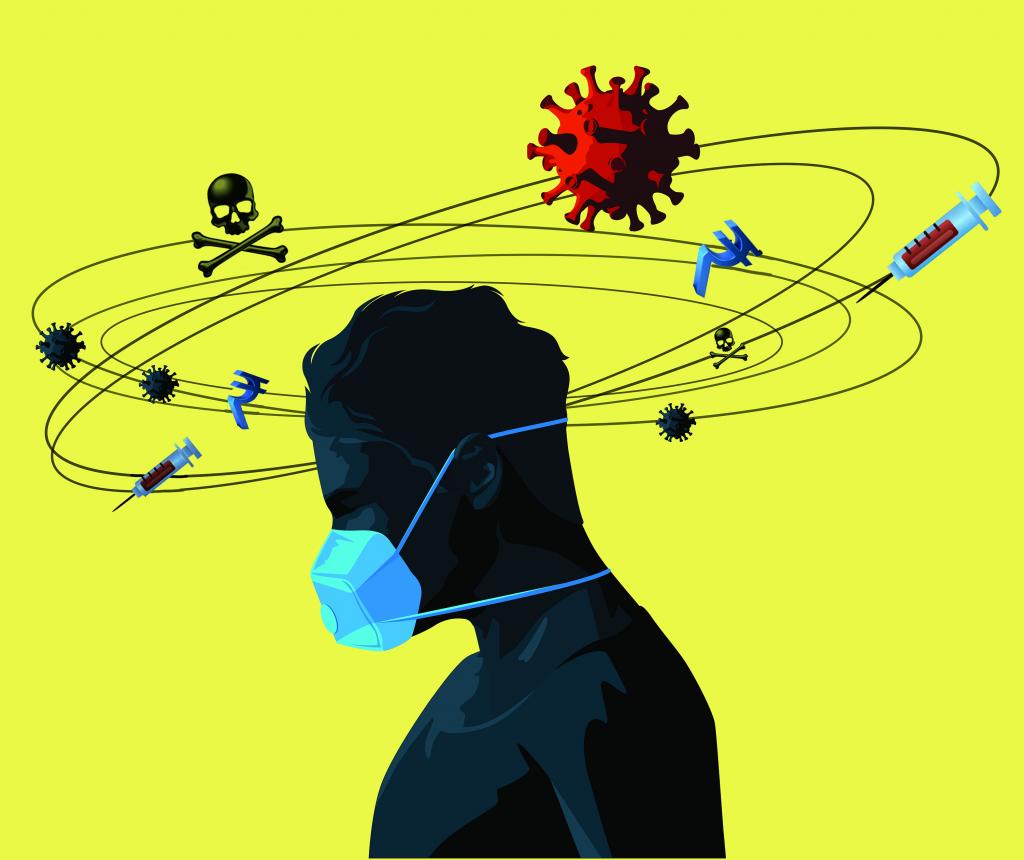 It’s a sharp bell curve and the course of the virus coincides with a change in government. In mid-January, the United States had over 200,000 daily new cases of the novel coronavirus disease (COVID-19). On January 20, the new president, Joe Biden, took over. By mid-February daily new cases fell sharply to 50,000.

You may argue that the decline was because the wave had peaked in the US; but the fact is that governance matters. It is a fact that the then outgoing president Donald Trump had derided scientific evidence on the pandemic, rejected advice against holding rallies or even wearing a mask. This changed. In every government meeting, the new president wears a mask. The message is clear. It makes a difference.

Moreover, there has been an aggressive move to vaccinate the entire population. As of May 11, some 36 per cent of the US population had got the jab and the plan is to get everyone vaccinated by July. This means the country is back in business.

Now India’s horrific and apoplectic COVID-19 surge is teaching the US lessons. Top science adviser Anthony Fauci told the country’s senators that the worst mistake that India made was to underestimate the virus; it opened up too soon; it let the guard down too soon. So, the US is now talking about long-term measures, including investment in public health infrastructure, even as it opens up its economy. It’s working on booster shots so that its population can remain protected.

I am writing this even as I still hear ambulance sirens. I am writing this even as the virus continues to ravage and destroy families all around me. Every day is a new horror. We saw how patients died when oxygen supply failed in hospitals. Then we heard horrific and tragic news from family and friends how they struggled to give a near-decent send-off to loved ones in over-flowing cremation grounds. We heard of how the fire from these pyres was blowing to nearby areas. And now we have seen the horror of bodies floating down the river — forget the squabble between governments; it happened because too many died and there was no space or no way to cremate them. This is an image of human suffering that we can never forget.

So now, as I write this, the virus has made its way into rural India. Last year, we were all convinced that there was some magical immunity in people who lived in the surroundings of our cities. The virus seemed not to make it into their homes. In spite of all the dire warnings of how rural areas did not have the health infrastructure worth its name to deal with any such catastrophe, the predictions came false. It is the disease of the rich, it was said. The poor escape the virus.

Not anymore. It’s now all over; it’s in villages and it’s in houses where people have no access — none at all — to testing facilities or even basic health care. It’s the nightmare of nightmares. We will overcome the pandemic and governments will act to do all they can to control the spread of the virus, I am sure of that. But at what human cost? What will be the scale of the suffering where families are losing loved ones; where sole bread earners are dying; where children are being orphaned? It frightens me even as I write these words.

The question now is not about the past recriminations; who is to blame or not. The only question that matters is if we will learn from our mistakes and do better in the coming times. Or else the deadly surge that has consumed us now will return again, because we were arrogant enough to believe that we had conquered nature. We did not have to learn.

And so, here are the lessons we must learn and take to heart: One, will we reinvigorate our scientific institutions so that they can speak out and earn the credibility of knowledge and public trust? This way, even if politicians do not listen because they have conflicting priorities, the evidence is not compromised.

Two, will we invest in building our public health infrastructure? Not by sending token gifts of ventilators (which according to news reports are not even in working order) but by doing all that we know needs to be done; by investing real money in the hardware and software of health provisioning. India’s shame is not the virus, but the fact that we do so little to provide healthcare in normal times.

Three, will we procure vaccines at speed and at whatever cost it takes — best done through central government tenders — so that we can vaccinate all, as quickly as we can? All this dithering over the plan for manufacture and purchase of vaccines must stop.

Four, will we get serious about the art of governance so that delivery works? We are learning about the enterprise and innovation of government officials and ordinary people, who have found not just the courage but the method to change the path of the virus. This is not just about human endeavour; it is about the practice of the best tools of governance. This is what we must learn and amplify. This is our hope. But our challenge is to sustain this lesson. To not forget.