International Women’s Day: How education can rewrite the story of child marriages in India

Adolescent girls are more vulnerable to child marriage as they drop-out of school before completing education. Here’s an attempt at exploring the deep-seated problems that start after a girl becomes a victim of child marriage and how education can be a game changer in fighting the issue 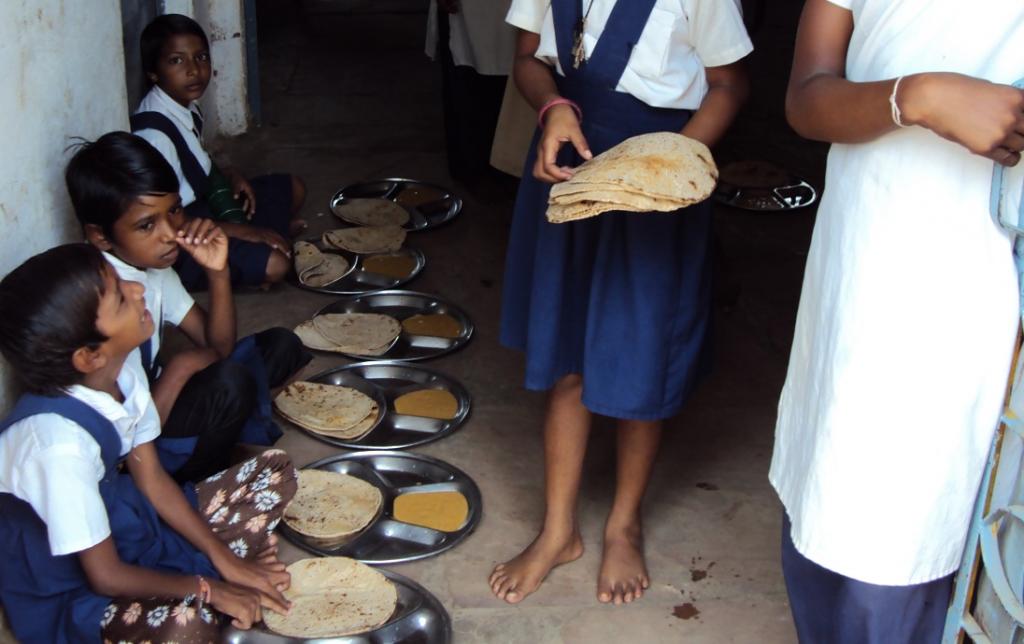 As dawn breaks over a small village in Alwar (Rajasthan), Nagina (name changed to protect identity) starts her daily household chores. She sweeps the courtyard with a broom almost equal to her size, fetches a pail of water from the nearby well and mops it clean.

Then she becomes busy with cleaning utensils piled up beside the well, a herculean task for a little girl of 13 and as the day progresses, she has to draw buckets of water using the pulley from the well and get it stocked for the whole day.

Nagina and her brother live with their paternal uncle and aunt, since they lost their parents at a young age. Till a couple of years back, both of them used to go to school, but as Nagina cleared her fifth standard, her aunt decided that she had already learnt enough and it was time for her to support her aunt in taking care of all the household chores.

But her ordeal was far from over. As the novel coronavirus disease (COVID-19) lockdown was imposed, her uncle lost his job, and owing to the financial constraints, they decided to get Nagina married off — after all, it meant one less mouth to feed. They were prompt to fix Nagina’s marriage with a man 13 years older than her.

As she was just about to be married off, Shree Jan Jeevan Kalyan Sansthan (SJJKS), a local non-profit supported by CRY — Child Rights and You, came to know about the impending marriage and intervened just in the nick of time.

When asked about not to proceed with the marriage, initially Nagina’s uncle and aunt put up a lot of resistance. But with the help of the village Sarpanch (head) and others from the community, they were finally persuaded to call off the marriage temporarily and delay it by at least four years — till she was 18.

This was a stroke of luck that opened another door of possibility for the girl. Now that the marriage has been put on hold, efforts are being made to put Nagina back in school after the schools reopen. She was always very eager to go to school — so, for her, it is almost a dream come true, as she keeps counting the days.

But Nagina is just one of the few girls to have averted marriage before she reaches the right age and has been given an opportunity to rewrite the story of her life. The truth is, there are still many of them, almost of Nagina’s age, who are not as lucky as she is.

Over the decade of 2001-2011, girls, especially in their early adolescence, have become much more vulnerable to child marriage. An in-depth study conducted by CRY on the ‘Status and Decadal Trends of Child Marriage in India’ delves deep into the available government data (Indian Census rounds of 1991, 2001 and 2011; and the latest round of the National Family Health Survey 2015-16) on status and trends of child marriage (10-19 years) in India, while highlighting the socio-economic determinants of child marriage.

The study, which recognises marriage of children as a complex socio-cultural phenomenon having multiple inter-linked drivers, highlights a few other trends in India — child marriages appear to be concentrated among girls within the age group of 15-19 years in rural areas, and such girls account for 50 per cent of all the child marriages in the country.

The study also highlights a surge of child marriages especially in urban areas (41 per cent). The top five states that account for 55 per cent of all the child and adolescent marriages (within the age-group of 10-19 years) in the country are Uttar Pradesh, Bihar, West Bengal, Maharashtra and Rajasthan.

What is more worrying is that this pandemic can reverse the gains made in addressing child marriage over the past years. And girls like Nagina are a clear testimony to that. Though there is scarcity of available data from all states, but as reported by the media, the state governments have intervened to stop over 5,584 child marriages across the country during the lockdown months.

As our own data from the CRY intervention areas reveal, along with the partner organisations in 19 states, CRY has been able to avert 2,031 cases of child marriage in 2018-19 and 2019-20.

When we talk about child marriage, the incidence of child marriages among adolescent girls has been on the rise and education plays a crucial role in addressing the issue.

When a girl is dropped out of school, she becomes more vulnerable to child marriage. Data suggests that the share of government schools to total schools drops from 71.6 per cent at elementary level to just 39.8 per cent at secondary level (U-DISE 2017-18).

It also suggests that lack of opportunities for schooling tend to push girls out of the education system, especially when it comes to those from marginalised sections, increasing their risk of marriage and early pregnancy. Similarly, retention rate for girls in schools drops from 89.6 per cent at the elementary level to 56.8 per cent at the secondary level (U-DISE 2017-18).

The goal, as proposed in the New Education Policy, brings in high hopes in terms of achieving universal access to quality education right from the pre-school level to the higher secondary levels. Once implemented into reality, this will play a landmark role in the completion of girls’ education, thereby contributing to reduction in child marriage.

It is key to understand that early marriage not just disrupts a girl’s education but also has intergenerational impact on adolescent health and nutrition. Girls from disadvantaged societies often lack proper nutrition as they live from hand-to-mouth, making them susceptible to under-nutrition, anaemia, micronutrient deficiencies, etc.

Child marriage leads to early pregnancy and when underage girls suffering from health and nutrition deficiencies are married off, it poses life-threatening risks to both adolescent mother and her child.

Bringing girls under the coverage of compulsory education up to 18 years and ensuring strict Implementation of the Prohibition of Child Marriage Act, 2006 can rewrite the story of child marriage in India.

It is crucial to understand that any strategy would not be possible without prioritising and enhancing public provisioning for children.  Also, amid the COVID-19 pandemic, which has resulted in human and financial resources being directed towards emergency response and saving the economy from further damage, there are concerns of children being deprioritised.

With existing inequities based on gender, caste, class and urban-rural divide, the COVID-19 pandemic, has exacerbated challenges for the poor and limited their access to education, health & nutrition and child protection services, thereby increasing the risk of child marriage.

The total effect of the COVID-19 pandemic is projected to result in 13 million additional child marriages globally, that otherwise would not have occurred between 2020 and 2030 (UNFPA, 2020). The key legislation to prevent child marriage in India is the Prohibition of Child Marriage Act, 2006.

However, its implementation has been uneven due to various reasons. One of the reasons for poor implementation of interventions to reduce child marriages is the inadequate investment to back up the provisions of the Prohibition of Child Marriage Act, 2006, especially when it comes to supporting the functioning of child marriage prohibition officers as well as varying degrees of powers and responsibilities accorded to them.

Further investment would be required towards strengthening efforts for bringing about attitudinal change towards the value of the girl child and building an environment where girls not only survive, but are able to grow with dignity and reach their full potential.

To conclude, an adolescent girl being married off early is only the starting point of an intergenerational issue that has cascading effect not just on her life but also impacts the next generation / s to come.

Girls in their early or late adolescence are highly vulnerable to child marriage and ensuring that their education go uninterrupted and they receive adequate nutrition can go a long way in breaking the cycle.

Puja Marwaha is CEO, Child Rights and You