Is the COVID-19 vaccine story over?

India claims vaccines are no longer an issue in the battle against COVID-19, but a host of developing nations would disagree 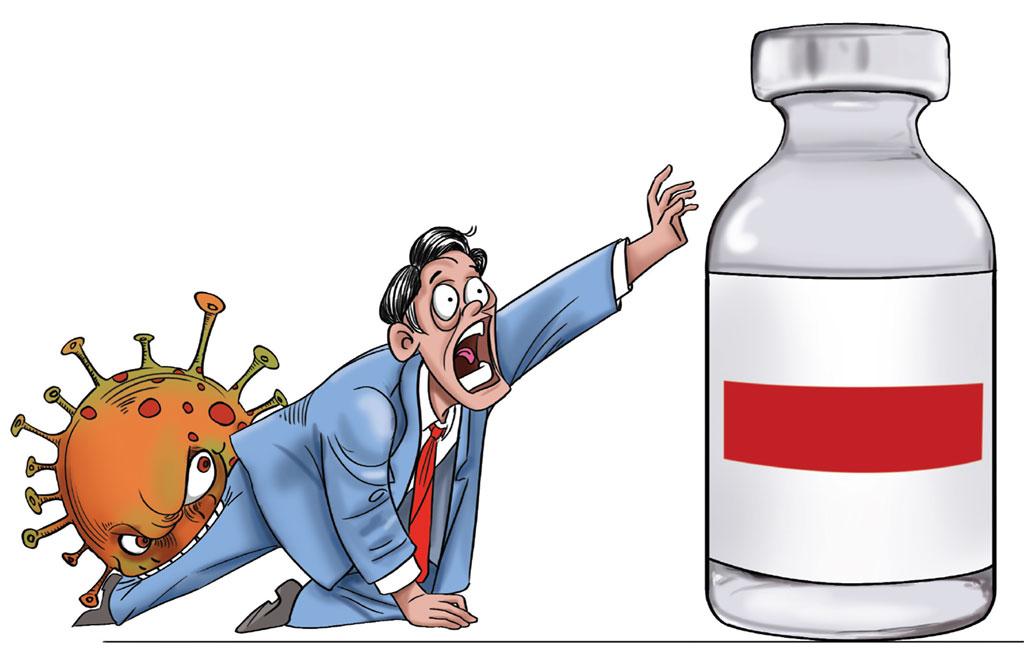 The big number in the COVID-19 fight was splashed by India on July 17, when the government announced that it had administered two billion doses of vaccination against the coronavirus.

It is a humungous figure and a moment of satisfaction, if not celebration, for the government, which has been under the scanner globally for the high mortality rates in the pandemic.

World Health Organization (WHO) demographers and epidemiologists believe that an estimated 3.2 million Indians died in the pandemic between June 2020 and July 2021, most of them during the second wave last year. They reject New Delhi’s official death toll of around 480,000.

India now appears to be better protected against the SARS-CoV-2 virus, because a huge number of Indians, a total 927 million, are vaccinated.

According to Our World In Data, which tracks the progress of the coronavirus, 75 per cent of the population has received at least one jab of the two-dose vaccines used in the country, while 68 per cent are fully vaccinated.

A glance at the global data will show how well India has fared on this front, compared with vaccination rates in other parts of the developing world. In low-income countries, the share is dismal, with only 21 per cent of the population getting one dose. Africa has predictably posted the slowest vaccination rate.

This raises disturbing questions, yet again, on vaccine equity and the inability of developing nations to fight the inherent injustice in the global system, governed by the Bretton Woods institutions and not least the World Trade Organization (WTO).

It was at the trade body, ironically, where the hardest battle on global public health was waged and lost; where a handful of countries proved once again that they can thwart the will of the majority.

It did not matter that the proposal moved by India and South Africa for a waiver of WTO’s stifling agreement on intellectual property rights, known as TRIPS, was backed by over a 100 member-countries.

Ultimately the proposal, first moved in October 2020, which could have saved the millions of lives — estimated between 6.3 million and 14.5 million — was stalled for 20 months and then passed in an inconsequential form in June.

The dashboard on the rate of vaccinations globally has also stirred disquiet among developing countries about the hugely unequal rates of access to life-saving therapies within the group.

For instance, South Africa, co-sponsor of the waiver proposal, has managed to fully vaccinate just a little over 32 per cent of its population, that is, 19 million people.

As this column has pointed out on several occasions, India has not pulled its weight on the waiver proposal after it became clear that WTO would only allow vaccines and not therapies.

Questions had surfaced about where India’s real interests lie, especially after it developed its own vaccine. While calling for waiver of intellectual property (IP) rights at WTO, it did little to set an example by sharing the knowhow for its home-grown Covaxin vaccine.

The Narendra Modi government’s refusal to licence the vaccine even to its own public sector manufacturing units was particularly indefensible, because this would have allowed India to increase supplies of much-needed vaccines at home and for supply to low-income countries.

IP experts and academics had criticised this stance as hypocritical, because it flew in the face of the country’s demand in the multilateral forum.

Instead, it had imposed a ban on exports of the AstraZeneca vaccine Covishield, leaving the UN-WHO vaccine sharing facility COVAX high and dry. It was only towards the tail end of November 2021 that exports were allowed to be resumed by Serum Institute of India, Astra- Zeneca’s contract manufacturer in India.

Overall, its diplomacy has been lackadaisical, as this column has pointed out.

More curious was Union commerce minister Piyush Goyal’s statement at the meeting with co-sponsors of the TRIPS waiver during the June ministerial conference. While exhorting the group to hold firm and settle for nothing less than a complete waiver, Goyal was at pains to tell other developing countries that a concession on vaccines no longer made economic sense.

According to his statement, “the vaccine story is almost over” because there is over-capacity. “Today, in India, we have vaccines which are expiring, we have capacity which is idling” Therefore, investors will not be ready to fund new projects.

For good measure, he added that “Vaccines have already lost (their) relevance … it is just too late, not even a situation where you can say better late than never. There is no demand for vaccines anymore.”

One wonders how well such statements went down with those he was addressing. Co-sponsors of the TRIPS waiver proposal included the Africa Group, the Least Developed Country Group, Bolivia, Fiji, Indonesia, Pakistan, Mongolia, Vanuatu and Venezuela among others.

Diplomatic sources here point out that new capacity for vaccines may be irrelevant for India, which has obviously set its sights on larger gains from therapies and diagnostics, but not for a vast swathe of countries in Africa.

Many of these countries are facing grossly inadequate supplies of vaccines, at heavily inflated rates too. At the latest count on July 22, 2022, Burkina Faso, Malawi, Mali, Cameroon, the Democratic Republic of Congo and Burundi among others had not managed to vaccinate even 10 per cent of their small populations. Goyal’s views are a sure way to alienate allies and break developing world solidarity.

Analysts note that New Delhi’s stand on food subsidies and agriculture policies recently annoyed the G33 group, which made its displeasure clear by excluding India from a statement it had issued in the run-up to the Geneva ministerial. It was a quick decision by India’s diplomats to accept the majority concerns of the group that helped prevent an ugly crack.

Meanwhile, another public health emergency is looming over the world with another virus outbreak. With monkeypox cases crossing 14,500 and emerging in a vast number of countries, WHO is meeting again whether to declare it a public health emergency of international concern. A worrying situation, given the experience of the COVID-19 pandemic.

This was first published in the 1-15 August, 2022 edition of Down To Earth