Lateral Thoughts: Waiting for the vaccine? 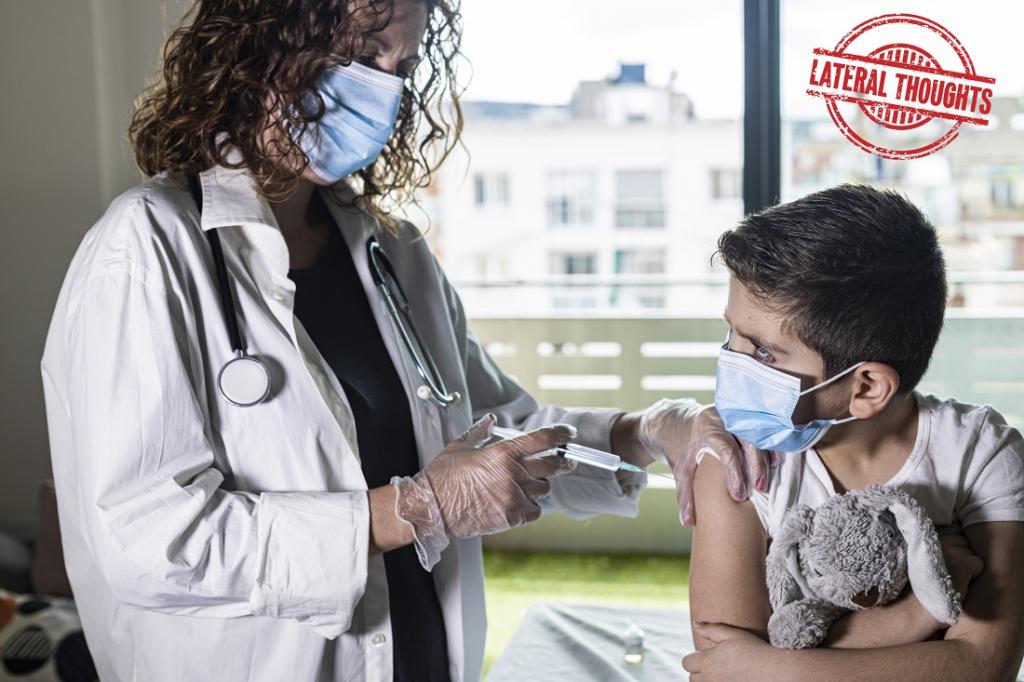 Let’s take the news of the availability of a vaccine against the novel coronavirus disease (COVID-19) with a pinch of salt. The world was eagerly waiting for vaccines against COVID-19.

It was rightfully joyous when companies such as Pfizer Inc and BioNTech SE released data from a trial that showed that their vaccine reduced the chances of symptoms by more than 90 per cent.

This is much better than the efficacy of the flu vaccines which falls somewhere between 40 per cent and 60 per cent. And with over 300 more vaccines in development, the forecast could not be rosier.

The increase in measles infection has been linked to the failure to vaccinate children on time with two doses of measles vaccines (MCV1 and MCV2). But, measles cases have also been reported from countries where there is a high level of vaccination.

There are also suggestions that the protection provided by the measles vaccines is not as long term as believed. For one, the vaccine does not induce an adequate level of immunogenicity (primary vaccine failure) and second, there is a waning of protection over time (secondary vaccine failure).

This puts the discussions on the COVID-19 vaccine in perspective.

Unlike the COVID-19 vaccine candidates, the measles vaccine is tried and tested. It has been in use since 1963.

It is considered reliable enough to be used as an indicator to judge whether the world is on the right path to meet the United Nations-mandated Sustainable Development Goals set in 2015.

MCV2 is the single indicator for 3.b.1 (proportion of the target population covered by all vaccines included in their national programme) and 3.8.1 (universal health coverage).

Because of the COVID-19 pandemic, there has been a slide in vaccination rates against childhood diseases. The measles campaign was suspended in 27 countries.

According to estimates, nearly 53 per cent of the 129 countries from where data is available, reported moderate-to-severe disruptions or a total suspension of vaccination services during March and April.

What does this say about the COVID-19 vaccine and the plans to vaccinate the whole world at record speed? Countries are already putting systems in place to ensure this.

I would say that this is a path with many known and unknown hurdles.

There are still no vaccines for many of the neglected diseases. Even where these are available, like in the case of dengue, their safety is not confirmed.

For example, Dengvaxia® is licensed and available in some countries but WHO recommends that the vaccine only be given to persons with confirmed prior dengue virus infection.

Lack of information on the safety of a vaccine has been a reason for vaccine hesitancy. Even in case of measles, its linkage with autism is behind the reason that parents in developed countries refused to get their children vaccinated.

There are already fears that people would refuse to get vaccinated by a new and untried vaccine like the ones developed against COVID-19.

Though many companies are trying to develop vaccines, there are few success stories so far. As it is an expensive process, funding is crucial.

In September, the WHO looked for support of its Access to COVID-19 Tools (ACT)-Accelerator, an international collaboration to fast-track the development, production and equitable access to COVID-19 tests, treatments and vaccines globally.

At that time, it was estimated that there was a requirement for $35 billion to fast-track the development, procurement and distribution of two billion vaccine doses, 245 million treatments and 500 million tests over the next year. This requirement would increase if a suitable vaccine is not developed within this time.

Let us not pin our hopes on this as a single solution.

Till the time these vaccines and drugs are developed, there needs to be stronger support for improving the public health system. This system would be crucial for delivering the vaccines, if and when they are ready.

And this would also ensure that help is available to people suffering from all kinds of diseases and not just COVID-19. Let us learn from the polio eradication programme that even successful vertical vaccination programmes do not improve overall health.