Lateral Thoughts: We are dealing with a genius virus 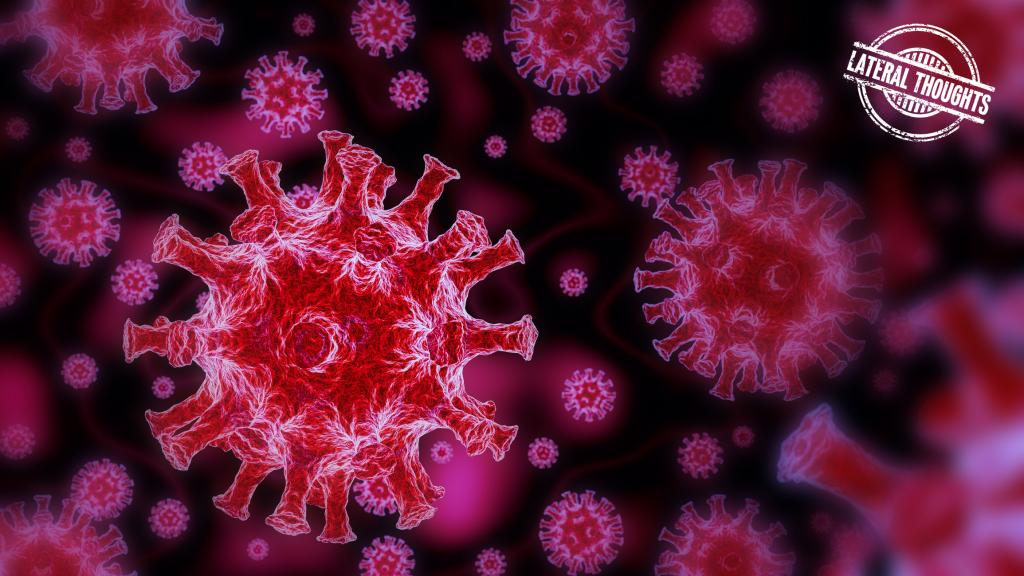 Just when we thought we tamed the pandemic with our arsenal of vaccines, the virus threw us another challenge. The virus mutated in ways that could render the vaccine ineffective.

Considering that mutations are part and parcel of viruses, why are SARS-CoV-2 mutations creating so much havoc? The only other place variants seem to matter is in case of influenza virus where models are used to predict the prevalent variant each year and the flu shot is tailored accordingly.

The mutations are not part of the discourse in other viral diseases such as measles, mumps, rubella, Japanese encephalitis, rotavirus and polio against which we have effective vaccines.

There is no answer to this anomaly as of now. Though there are some indicators and contradictions could be at play.

This could be the reason that smallpox, which is caused by a DNA virus, could be eradicated with a vaccine. But the problem with considering this to be rule is that we have effective vaccines against other RNA viruses where mutations do not make news this often.

One explanation to this could be that SARS-CoV-2 does not use the replication mechanism that other RNA viruses use. Generally, RNA viruses replicate using RNA-dependent RNA polymerases which do not have proofreading activity and are thus unable to correct mistakes during replication. But coronaviruses have an RdRp-independent proofreading activity and thus lower mutation rates.

High mutation rates are not good for the long-term survival of the virus as natural selection weeds out the mutated virus. The propensity of SARS-CoV-2 to form new variants may point to new mechanisms.

While these questions remain to be answered, there are three worrisome variants of SARS-CoV-2 that have the world on tenterhooks. The United Kingdom variant that emerged in September has already reached 94 countries while the South Africa and the Brazil variants have been reported from 46 and 21 countries respectively. The Africa variant has been around since August and the Brazil variant emerged in December.

All three variants are present in India. On February 16, Indian Centre for Medical Research Director-General Balram Bhargava informed the media that India has 187 people infected with the UK variant, one with the Brazil variant and four with the South African variant. The infected people and their contacts have been quarantined and as of now no one has died. The vaccines rolled out in India, the Covishield and the Covaxin are being tested for efficacy against these variants.

The South African variant is of concern as there are already reports that available vaccines are not working against it. A small trial indicated that the vaccine has only 22 per cent efficacy, Novavax’s vaccine which provides protection to 89.3 per cent of the people who received it in the UK could provide protection only to 49.4 per cent people who received it in South Africa.

Johnson & Johnson’s vaccine could also not prevent the disease in South Africa though it did reduce severity. There are also indications that the potency of mRNA vaccines, like those from Pfizer and Moderna, might also be reduced.