Menstruating during floods, a perspective from Assam 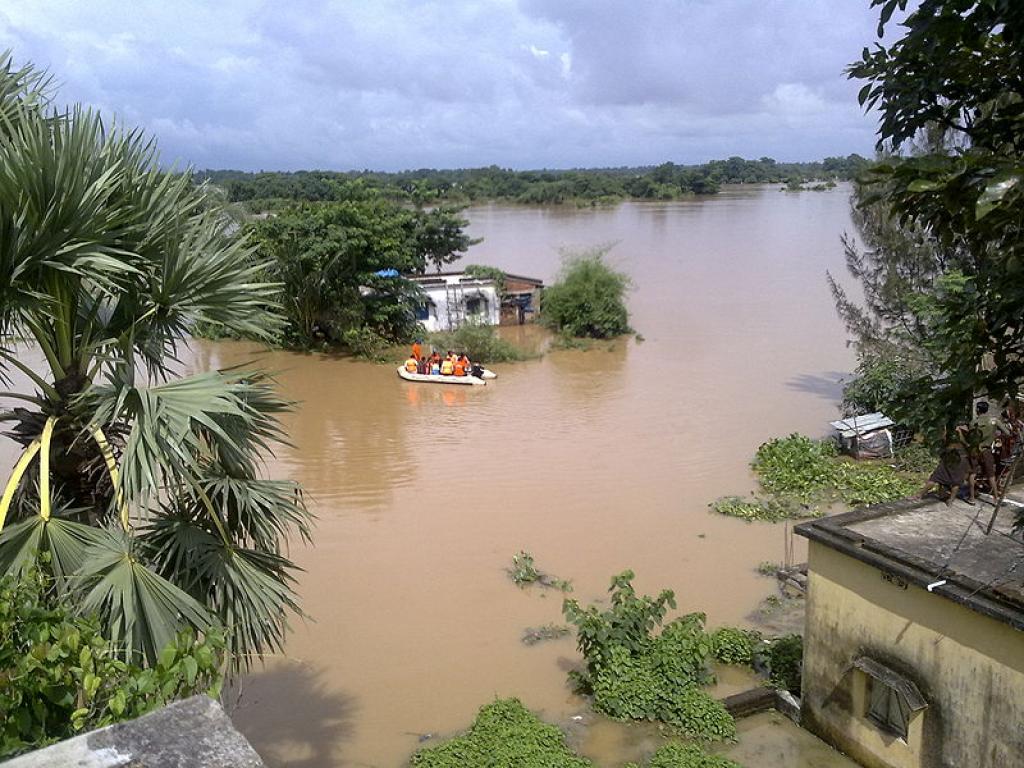 Imagine being a woman on her period in a crowded flood relief camp which has only two functional non-segregated toilets. Imagine not being able to tell anyone that you need a piece of clean cloth or pad to absorb your flow due to societal taboos around menstruation.

Assam, a state I call my home and also my principal ‘karmbhoomi, suffers from waves of floods every year affecting millions of people living in more than 16 districts.

During emergencies such as floods, first responders have a tough job of setting priorities.

Globally, WASH (Water, Sanitation and Hygiene) is an underfunded (also under-innovated) sector in humanitarian response and in Assam the situation is the same. Except for a few big international NGOs such as OXFAM and Catholic Relief Services, most of the WASH response is ad-hoc or not up to standards set in The Sphere Handbook, Humanitarian Charter and Minimum Standards in Humanitarian Response, which is one of the most widely known and internationally recognised set of common principles and universal minimum standards in life-saving areas of humanitarian response.

As a resident of the state and WASH practitioner, I strongly believe innovations, both in infrastructure and service delivery are non-existent in Assam. We cannot sit idle on subsequent post-flood Joint Needs Assessment reports which mention the lack of WASH (Water, Sanitation and Hygiene) infrastructure as one of the top most concerns.

Women are the worst affected owing to this lack of infrastructure. Their woes are amplified due to the lack of menstrual hygiene management facilities. In a survey we conducted post-2017 Assam floods in three districts—Sonitpur, Biswanath and Nagaon—we found that there was no proper menstrual hygiene management infrastructure. There were no separate toilet facilities in the relief camps/shelters for men and women in all three districts. More than 40 per cent of the women practised open defecation during floods. Some claimed that they either ate less to avoid ‘pressure’ or went out only during dark or dawn to defecate.

Distribution of pads was carried out in Nagaon and Sonitpur, although waste disposal facilities were not in place. The 34 per cent of the women we surveyed said they used pads and they either burned or buried the soiled pads. A majority of the women used cloth, stored the cloth in plastic bags and they washed it discreetly when the water level decreased.

To make Menstrual Hygiene Management (MHM) a priority in humanitarian response during floods, interventions have to start during the period of normalcy before/ post-disaster.

MHM is a concern even during normalcy in Assam. We have strong menstrual taboos in the state, although Assamese Hindus celebrate a girl’s menarche through the ritual of tuloni biya/xoru biya (which literally translates into small marriage). We have come across girls in villages who said that during periods they have to sleep on the floor during winter, sit only at designated places, take leave from school, stay away from males and elderlies, and are not allowed to enter places of worship.

Menstrual taboos in Thelamara,Assam: girls forced to sleep on floor during winter

We have seen from our interactions with a community in Biswanath, that seclusion was practised even during floods in the relief camp and menstruating women had to keep a distance from elderly family members and males.

To have an effective MHM, we have to normalise menstruation at least to an extent where women can talk about it without shame and are not exposed to unsafe situations while being secluded in a relief camp. The first step towards this is menstrual health education. The notion that menstrual blood is impure and so is a menstruating woman, puts unwanted stress on women caught in emergency situations.

When it comes to infrastructure, we are exploring collaborations with other NGOs and state disaster management agencies which are at the forefront of flood-response. There are innovative toilet designs which are available for flood-prone areas and such innovations have to be introduced after community consultation. Also, menstrual waste disposal is a challenging area and there could be a number of solutions depending on the products used and local customs.

In the recent state budget, the government announced a stipend of Rs 600 for underprivileged girls to buy commercial sanitary napkins. As an organisation, we commend the government for talking periods in their budget and we wish that they also make menstrual health education compulsory in every school in Assam. We believe that instead of emphasis on one product, we should look at other eco-friendly options such as a low-cost cloth pad or the menstrual cup. Most of the women whom we surveyed used cloth and they were quite happy to use cloth even during floods. In absence of proper waste disposal in rural areas, menstrual waste will be an additional burden.

To end this, I would like to share an incident. A few days back, after our session in the village of Dhekerigaon, we were shown some toilets built a week ago under Swacch Bharat Mission. The women said that despite knowing that it was a flood-prone village, the toilets weren’t built on an elevated platform. They said, “Floods will come and they will be useless. What’s the point in wasting money?”

The question is should we impose or rather co-create appropriate WASH+MHM response with the people who have coped with floods for ages. I think we should prefer to do the latter.

(Mayuri Bhattacharjee is the founder and director of Sikun Relief Foundation)