The percentage of women using safe menstrual products highest in Andaman and Nicobar Islands (98.9%); least in Bihar at 58.8% 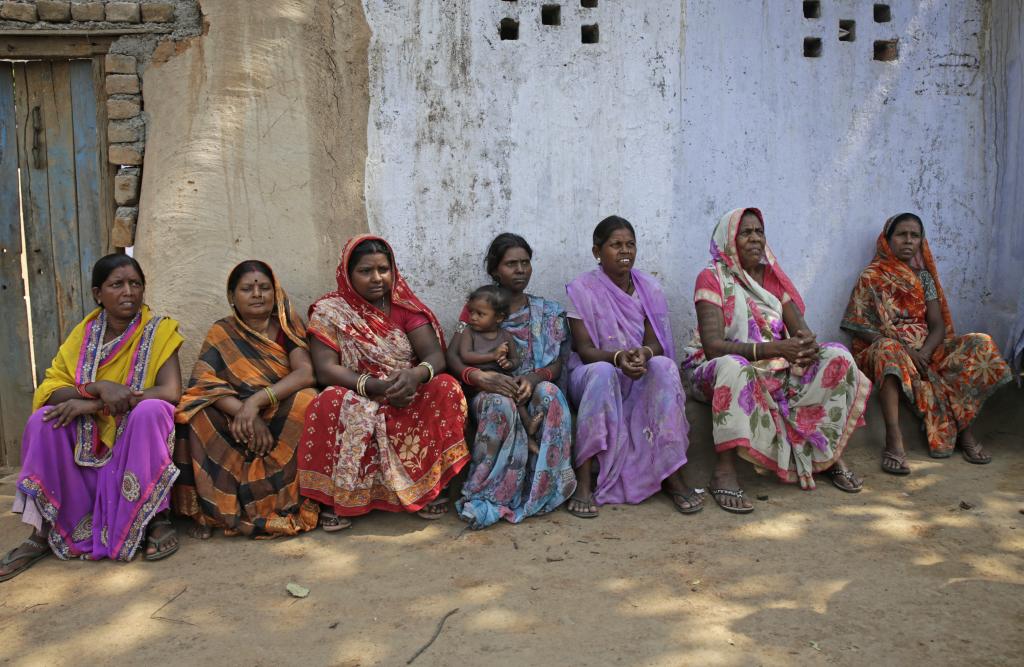 The percentage of women using sanitary products and practising hygiene during menstrual cycle increased across states and Union territories in the past decade-and-a-half, first phase of the recent National Family Health Survey (NFHS-5) has found.

Andaman and Nicobar Islands, Daman and Diu and Dadra and Nagar Haveli, Goa and Telangana were among the states and UTs having the highest percentage of women using menstrual hygiene products, as of 2019-2020.

At 58.8 per cent, the rate of women using safe menstrual products was the least in Bihar. The percentage of women opting for hygienic practices, however, increased by nearly 30 percentage points in five years in the state.

Nearly the entire female population, at 98.9 per cent, in the Andaman and Nicobar Islands used hygienic products during their menstrual cycles, as of 2019-2020, according to the survey results.

The NFHS, since its fourth round (2015-16), has been asking women aged between 15 and 24 years whether they used different methods of protection during  their menstrual period. These include cloth, locally prepared napkins, sanitary napkins, tampons, other methods or no product at all. 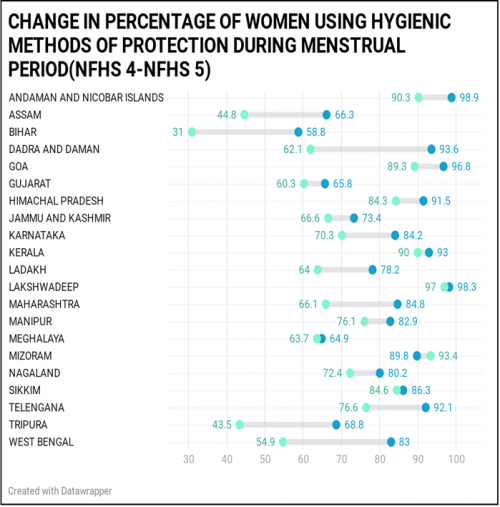 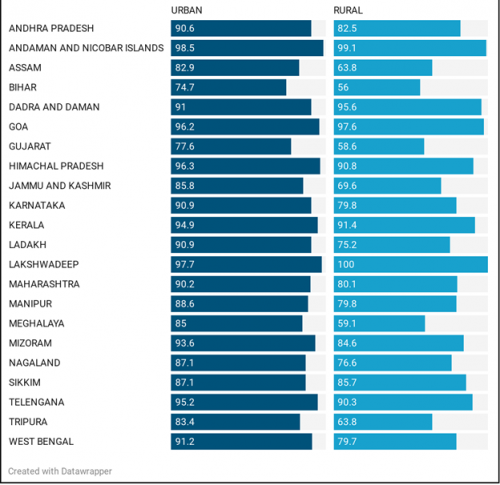 Menstruation, even as of 2020, is considered a taboo and only a few talk about it openly. As a result, most young women and adolescent girls fail to adopt proper menstrual hygiene.  It is also a fact that most of them do not have access to sanitary napkins or knowledge about the methods of using them.

High prices of sanitary products prompt many to opt for unsustainable and unhygienic tools. What is surprising is the normalisation of silence on the issue; men refrain from talking about it so and women are chastised if they do so.

Girls are usually taught by their mothers the basics of menstruation and become accustomed to particular products. But it is remarkable that with advanced technology and awareness, some women have a multitude of options to choose from.

It should be noted that this preference for using a certain type of menstrual product is highly dependent on one’s personal choice, cultural and social stigmas, availability of products at the nearby pharmacy stores and on one’s economic status.

The older generation of women, particularly in rural areas, uses washable cloths during their periods. Though eco-friendly, they are unhygienic if not washed properly after every single use.

Tampons are expensive and are mostly used by women and girls who are into strenuous physical activities. Another alternative to tampons and pads is a menstrual cup. It is made up of medical level silicone rubber that can be folded during insertion into the vagina. These are eco-friendly and cost-effective.

The urgent question, however, is: Why is menstrual hygiene not given enough importance? The problem focuses on three aspects: Lack of awareness, access and acceptance.

Many girls do not understand what menstruation is. The result is that most girls and women fail to understand that their periods are a regular biological function. Lack of access to pharmacies and menstrual products also push them to resort to unhygienic alternatives.

Regressive norms and beliefs surrounding the issue add up to the concept of periods becoming a taboo; as a result, some women refrain from using menstrual products at all.

These barriers can be overcome by the joint efforts of government, corporate sectors, non-profits and other non-government sectors, the entertainment industry, etc. It is quite eminent that our government has come a long way in moving past the issue of acceptance and has shown considerable efforts in carrying out programmes to educate citizens regarding menstrual hygiene and management.

Corporate sectors, too, play an important role since they have ample resources and power to advertise and break social prejudices associated with menstruation. From the grass root level, the non-profits educate communities that do not have access to technology or social engagement.

The entertainment and social media industry can disseminate information as well. Movies and shows on the subject can influence the masses towards adopting safe and hygienic menstrual practices. Many online challenges are carried out on social media by celebrities and influencers to motivate people so that they become more vocal on this topic.