Instead of making a show of improving private healthcare, the Union government would be better off if it focuses on improving its public health systems 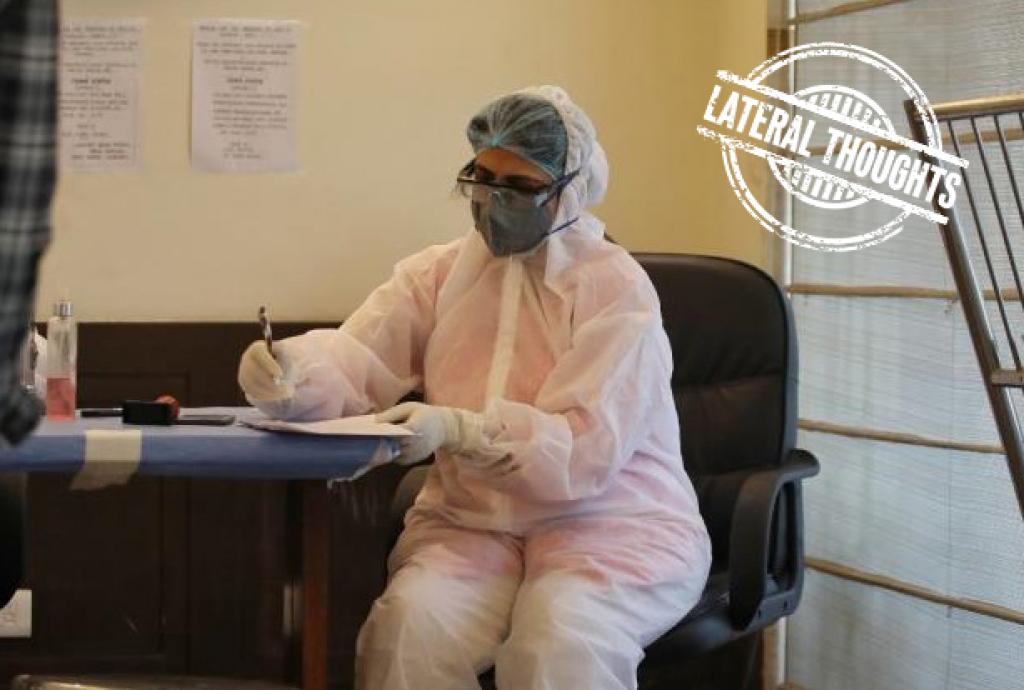 I have digitised health records from a hospital I visit for regular eye check-ups. One of the entries confused my right eye with the left. This could have made a crucial difference to the treatment, but the mistake was made years ago, and the doctor is unlikely to consider it while deciding on the treatment now.

So when Prime Minister Narendra Modi announced the launch of the National Digital Health Mission (NDHM) during his Independence Day speech this year, the first question that came to my mind was whether there would be a system to ensure that such mistakes do not occur.

Under the scheme, a patient’s medical history records, including the treatment and tests that he / she took, would be digitally saved in a central database. Authorised doctors around the country would be able to access it.

The NDHM has been detailed in the National Digital Health Blueprint (NDHB) released in July 2019. The National Health Policy, 2017 promotes the use of information technology in healthcare and a special committee was set up in July 2018 to work on the blueprint.

The NDHB has considered learning from digitisation in three countries — the United States, the United Kingdom and South Korea. These countries have been using digitised health data for decades now — but they are not efficient enough for India to follow suit.

Healthcare is mostly in private hands and is generally accessed through insurance in the US. A push for digitisation of data began in the 1990s and was taken up vigorously in 2009. However, errors are common.

For example, the Pennsylvania Patient Safety Authority found that between January 2016 and December 2017, electronic health record systems led to 775 problems during laboratory testing. Human-computer interactions were responsible for 54.7 per cent of these and the remaining were caused by the computer alone.

Digitisation also puts a burden on doctors, as a study of 142 general practitioners in Wisconsin shows. These doctors worked for 11.4 hours a day on an average; out of which they spent 5.9 hours on the electronic health record system. Of the time spent on the computer, 44.2 per cent was clerical work and 23.7 per cent was spent on managing inboxes.

In contrast, the UK has a public health system. While good data keeping is important to keep costs down, a review of NHS Digital in 2017 found record keeping below expectation in the country. This was mainly due to use of obsolete technology and shortage of skills in areas such as cyber security, business analysis, clinical resources and software development and systems engineering.

How, then, will digitisation work in India? And how will it help?

Unlike the health systems in the US and the UK, India’s health system is haphazard. Public healthcare facilities are practically non-existent, and most people are prompted to turn to private healthcare.

There does not seem to be any incentive for doctors to join this system. Why would a private doctor want to let others know what treatment he / she is providing? This lays them open for litigation for malpractice.

Similarly, while the NDHB clearly says “citizens need to undergo any diagnostic test only once during the course of an episode, despite taking treatment from different health service providers,” most of us have had first-hand experiences of each doctor having a “favourite” diagnostic lab and pushing patients to get tests done there.

The case of irrational hysterectomies across the country is a good example of how private healthcare providers benefit from the lack of transparency in the system. Hysterectomies are covered under nearly all state-run and private insurance schemes. To profit from this, hospitals carry out the procedure without reason, often on young women.

This exposes them to lifelong health issues. Would these hospitals want to be monitored through yet another layer of government scrutiny?

The NDHB says that the private player has the choice to register at this centralised facility. It is likely that many doctors and hospitals would avail this exemption.

The plans about NDHM bring to mind the problems that India faces in implementing the Clinical Establishments (Registration and Regulation) Act, 2010 (CEA). Like the NDHM, CEA too was set by the central government and covers both public and private establishments from all recognised systems of medicine. It covers facilities such as single-doctor clinics, laboratories and corporate hospitals.

The establishments do not see the value of registering themselves under this Act. Many states have not been able to implement it due to opposition from the private sector. Only recently, doctors, supported by the Indian Medical Association, went on strike in Ludhiana to protest against the implementation of this Act in the state.

CEA fixes rates for various treatments and procedures and creates a problem for private health facilities that work for profits. Public health experts feel that CEA is important as the government now depends on public-private partnerships through health insurance schemes to deliver health.

What seems to be clear is that it is difficult to regulate hospitals working for profits. Instead of making a show of improving private healthcare, the Union government would be better off if it focuses on improving its public health systems. CEA and the NDHM would be easier to implement, and people of India would be better equipped in dealing with the ever increasing health burden that they face.