Most were built over 50 years ago and have been poorly maintained; crumbling infrastructure results in flooding, sewage leaks, lack of water, problems with the supply of medical air, etc 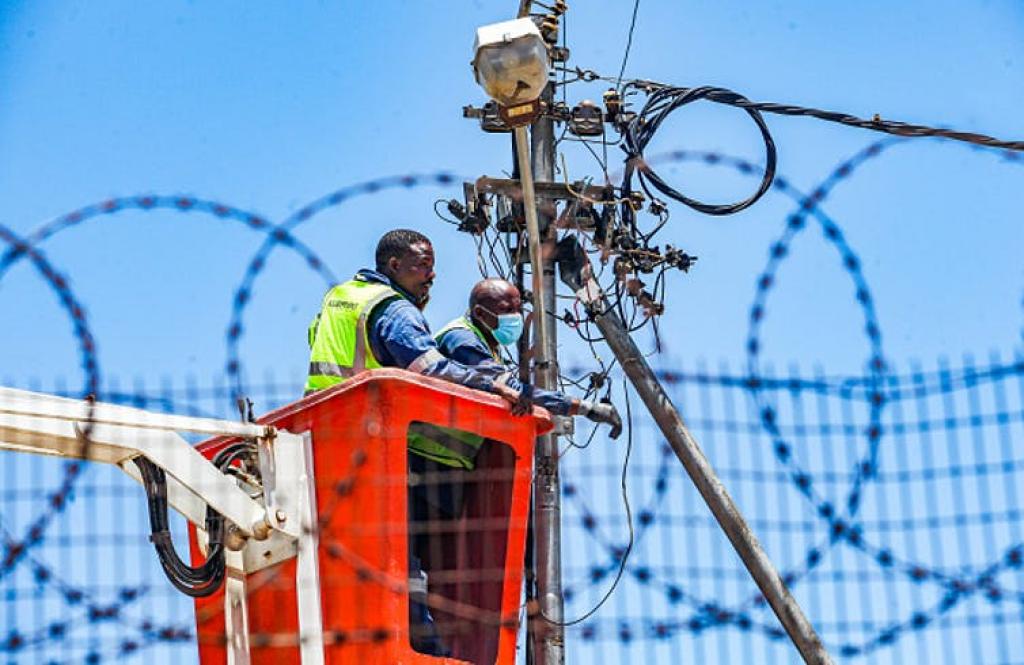 A fire at one of the biggest public hospitals in Johannesburg, the Charlotte Maxeke Johannesburg Academic Hospital, and the delay in reopening the facility has brought infrastructural issues into sharp focus. The fire broke out in mid-April. Only now is a phased re-opening of the hospital being undertaken.

Reopening was delayed due to fire safety issues. A host of compliance measures weren’t in place. These included fire hydrants without a water supply, fire hydrants without correct couplings, non-functional fire doors and a lack of emergency lighting in the stairwells. These deficiencies had been longstanding.

I am extremely familiar with conditions on the ground in hospitals in the area. I interact daily with doctors and students in the different academic hospitals on the circuit of the University of the Witwatersrand. These include the Charlotte Maxeke Johannesburg Academic Hospital, Chris Hani Baragwanath Academic Hospital, Helen Joseph Hospital and Rahima Moosa Mother and Child Hospital. I also visit different institutions in the region.

I completed both my undergraduate and postgraduate training at these hospitals and worked for more than 30 years in the neonatal-paediatric intensive care unit and neonatal unit at Charlotte Maxeke Johannesburg Academic Hospital.

During this time I’ve observed many changes in the healthcare sector in general, and in these hospitals in particular.

South Africa’s healthcare system compares favourably on a global level. Both the medical schools of the University of the Witwatersrand and the University of Cape Town are ranked in the top 100 in the world. Over the years, the region has produced many eminent healthcare workers. And the country is quite capable of delivering world-class healthcare to all its citizens.

But this is constantly being hampered by an increasingly unconducive environment.

These large public sector hospitals provide tertiary and quaternary services to more than 250,000 inpatients and almost 1 million outpatients every year.

Most were built more than 50 years ago and have been poorly maintained. The crumbling infrastructure results in flooding, sewage leaks, lack of water, problems with the supply of medical air and oxygen, and electricity blackouts.

Leaky plumbing creates a damp environment that favours pests such as cockroaches and rodents. Inadequate air conditioning results in working conditions that are unbearably hot or freezing cold. Both are harmful to patients.

Doctors and nurses are having to deal with a shortage of hospital beds on a daily basis.

Gauteng provides healthcare to many patients from other provinces, as well as surrounding countries, particularly Zimbabwe. The provinces of North West and Mpumalanaga do not have medical schools and therefore send patients for specialised tertiary and quaternary care, such as cardio-thoracic surgery and renal dialysis, to the Gauteng academic hospitals.

In addition, under-resourced regional and district hospitals result in primary and secondary patients receiving treatment in the tertiary or quaternary institutions because there is nowhere else for them to go.

Ongoing power cuts and water shortages compound the internal infrastructural issues at each hospital. There have been rolling electricity blackouts in the country as the government struggles to keep the power utility, Eskom, operational.

Each hospital has a diesel generator. But this emergency back-up does not always kick in during blackouts and load shedding. Patients in intensive care and the operating theatre are particularly at risk.

Water infrastructure, which has not been maintained by local authorities, is in a state of disrepair resulting in a growing number of water outages. In recent weeks, three of the largest hospitals in the province– the Helen Joseph Hospital, Rahima Moosa Mother and Child Hospital and Chris Hani Baragwanath Academic Hospital – all experienced a water outage that lasted several days.

Surgeons were scrubbing for theatre using buckets, people could not flush toilets, and patients were issued with bottled water and could not wash.

On top of all this, the COVID-19 pandemic is now raging in the province. This is proving to be the last straw for a buckling health system. Shortages of hospital beds, lack of oxygen supplies, inadequate ICU facilities are a few of the problems being faced.

Healthcare workers are exhausted and burned out.

How it got to this

There are multiple reasons for the current debacle. These include a lack of preventative maintenance, poor administration, corruption, poor forward planning, lack of financial resources, and a lack of strong governance at both municipal and provincial level.

In turn this means that the system for responding to maintenance issues is not agile.

Bureaucratic processes designed to minimise corruption result in long delays. Management at all levels tends to put out fires rather than implement a long term strategy to improve the situation.

Facilities have also been affected by strikes about wage disputes. In some cases hospital facilities have been damaged during the industrial action.

The fallacy that South Africa has two healthcare systems

There is a perception of an “us and them” among many South Africans. People with medical aid feel relieved that they have access to private healthcare, which does not have all these problems.

The solution is proper management and accountability at all levels. South Africa spends enough money on healthcare (just over 10% of GDP), but there is terrible waste at many levels. The government is pursuing a National Health Insurance scheme, with the aim of pooling resources to provide “quality affordable personal health services for all South Africans, based on health needs, not socio-economic status”.

If implemented and governed properly, the new scheme is most likely the best solution to all the many problems facing country’s healthcare system. And it will allow South Africa to reach its full potential of providing excellent healthcare to all.