Why simply legalising abortion is not enough

Governments need to pay equal attention to the safety of abortions, sex education and counselling, and varied problems faced by new borns of single mothers and the mothers 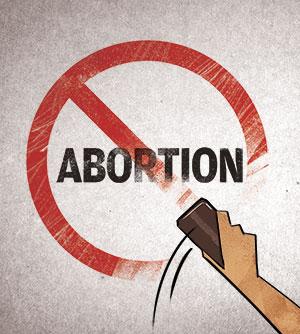 Recently, Ireland voted to legalise abortion after decades of debate and struggle. The law received international attention in the wake of the demise of Savita Halappanavar, an Indian dentist practising in Ireland, who was denied abortion while experiencing a septic miscarriage. Ireland’s victory is being celebrated all across the world, however, the question remains: is it enough to legalise abortion?

Though abortion has been legal in India for the last 47 years, about 10 women die every day due to unsafe abortions. Unsafe abortion is the third leading cause for maternal deaths in India. The law that governs abortion in the country is the Medical Termination of Pregnancy Act, 1971. This act allows women to undergo an abortion only if there is a health risk to the child or the mother. But in 2017, the Supreme Court, in its landmark judgement, permitted married women to have an abortion depending on their own choice. However, this judgement did not include unmarried women. Hence, unmarried women often have to rely on quacks and informal means to have an abortion and risk their lives.

There are other problems as well. The law permits a pregnant woman (up to 12 weeks) to undergo an abortion only after consultation with one doctor. Between 12 to 20 weeks, medical opinion of two doctors is required. Further, only a registered allopathic physician in a registered facility is authorised to conduct the procedure. These regulations can be prohibitive, as in majority of the cases the pregnant girl is scared to share it with her parents, friends or relatives because of the stigma and shame associated with pre-marital sex and abortion in India. As a result, the girl relies on various unsafe health platforms. Moreover, the law does not offer scope for exceptions – for instance, child rape victims. In 2017, the Supreme Court denied the plea of a 10-year-old rape victim in Chandigarh, who was 32 weeks pregnant.

While many may argue that the major reason for the rise in the number of abortions is the easy access for young couples in today’s times to fulfil sexual desires, many critical aspects are often overlooked.

In most cases, the burden of contraception falls on the female partner. Since contraceptive pills do not necessarily guarantee prevention or termination of pregnancy, there is an increase in teenage abortions. According to a study published in The Lancet this year, 44 per cent of the world’s annual 227 million pregnancies are unintended, of which 56 per cent end in abortion, 32 per cent in an unplanned birth, and 12 per cent in miscarriage. “Unsafe abortions cause 8–11 per cent of global maternal deaths and occur predominantly in low-income and middle-income countries where the most restrictive access policies are concentrated and socio-economic factors further affect access,” says the study.

In this context, India needs to reconsider how to ensure safe abortions. Given the rise of teenage pregnancies, it is important for the government to mandate sex education in all schools. More counselling centres must be set up, where parents and the girl can seek remedial assistance. The government should publicise the need for safe abortions to remove the stigma associated with pre-marital sex. Moreover, the doctors performing abortions should receive some form of counselling to avoid making any form of derogatory comments on the girl’s character that could add to her trauma.

The government also needs to look into the growing number of cases where abortions fail and the child is born. Many of these children are raised by single mothers and there is little information on the challenges faced by the mother or the psychological problems of the new born. Hence, government should acknowledge single mothers and entitle them to socio-economic rights. The World Health Organization too should give importance to the critical issue of unsafe abortions to ensure women make healthy choices with respect to their bodies.

(The author teaches sociology at the Manipal Centre for Philosophy and Humanities, Manipal).

(This story was first published in the 16-30th June issue of Down To Earth under the headline 'Umbilical discord').