Why we need smart regulation to contain antimicrobial resistance 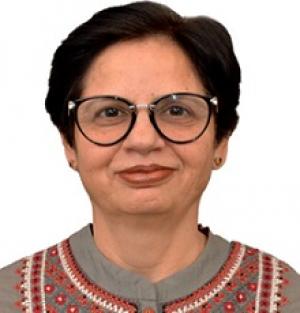 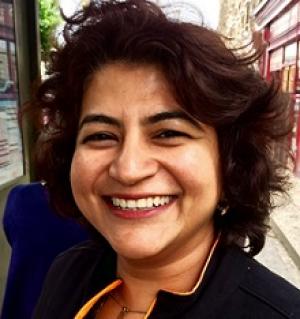 AMR is the resistance of a microorganism (bacteria, parasites, viruses or fungi) to an antimicrobial drug that was originally effective for treatment of infections caused by it is a public health crisis.

Antibiotics are casually popped for a sore throat, common cold or fever, without knowing whether they are needed.

In fact, antibiotics are also given to healthy food animals (for growth promotion in intensive agriculture), sprayed on crops and through anthropogenic activities (hospitals, farms effluent from pharmaceutical manufacture) enter into the environment. Isolated measures addressing antibiotic misuse in humans, animals or environment will not be able to contain AMR.

Effective regulation to enforce optimum use of antibiotics is one such approach, but will only be effective if it encompasses the One Health approach. One Health includes human, animal and environmental health.

It has been suggested by the World Health Organization’s (WHO) 2015 Global Action Plan on Antimicrobial Resistance (GAP) as well as  AMR National Action Plans (NAP) of countries.

Objective four of the NAP-AMR aims to ensure optimum use of antibiotics in all sectors. In the areas of poultry, aquaculture, livestock and environmental protection, clear regulations with respect to antibiotic use and effluent discharge are minimal or absent.

Even though the existing regulations are fairly clear as in case of over-the-counter sales of antibiotics at retail pharmacies for both human and animal use, compliance is often poor and enforcement is patchy.

Traditionally, regulation refers to the top-down command-and-control model of regulation, that imposes fines and sanctions in case of non-compliance with the standards. However, it is difficult to enforce and monitor such regulations when there are numerous stakeholders.

Such regulations often do not allow space for meaningful engagement between regulator and regulated entity or with the range of other actors who directly or indirectly influence or are affected by regulation.

To overcome the inefficiencies of traditional regulation and the pitfall of deregulation, a concept of ‘smart regulation’ was coined.

Smart regulation is defined as a form of regulatory pluralism that embraces more flexible, imaginative and innovative forms of social control than conventional regulation. Smart regulation is a useful way to regulate complex areas that involve multiple stakeholders with converging and diverging interests.

Designing smart regulation involves two stages. First, there is a need to identify the desired policy goal(s), such as reduction antibiotic misuse, unique characteristics of the problem, range of potential actors and instruments and opportunities for consultation and public participation.

Then, by applying enabling ‘core’ regulatory design principles sequentially, an effort is made to arrive at a range of solution(s). Smart regulation approach has been successfully used to tackle complex and multi-stakeholder issues like climate change in Australia and across a range of policy domains in the European Union.

Considering the complexity and diverse range of stakeholders in both public and private sectors, including the population at large, the concept of smart regulation is a way forward to begin with and supplement the traditional legal framework for containment of AMR.

As part of the Newton-Bhabha collaboration, the Department of Biotechnology, Government of India, is funding our research work to develop innovative, flexible, soft regulations by applying the concept of smart regulation. Taking a One Health approach, we have chosen four case studies involving all the three sectors:

The first step in developing innovative, plural and softer approaches is to map the stakeholder for a particular issue. Using an innovative methodology (Net-Map) for  stakeholder mapping we plotted the stakeholder universe, identified stakeholder characteristics, their linkages to one another, their power and influence, interest and proximity to the issue.

This is a critical step in the design process of smart regulation. After developing this stakeholder map, we approached the central actors (stakeholders) for in-depth interviews to gauge their perspectives and practices regarding antibiotic misuse and understanding of the AMR as a public health problem.

We gauged their willingness to work together with other stakeholders, especially the regulatory authorities and suggestions for potential regulatory innovations to tackle AMR in India.

We will be conducting workshops for each case study with all stakeholders to finalise the innovative suggestions recommended during in-depth interviews with various stakeholders.

We have found the regulators, regulated entity, consumers and civil society who are eager to collaborate. Stakeholders welcomed the opportunity to work (in many cases for the first-time) and found innovative regulatory solutions. These solutions could be more than one for one particular issue.

As an example, for OTC sale of antibiotics, this could be a step-wise approach starting with voluntary agreement by pharmacists to stop the practice of OTC antibiotics, written directives or posters, advisory and dedicated workshops by state pharmacy council or an advisory by the pharmacists associations to its members (peer pressure) to checks by the licensing authority to deter antibiotic misuse.

There are many more options and they will be finalised after the workshops with the stakeholders as the project progresses. ‘Smart regulation’, thus, can supplement and strengthen traditional forms of ‘command-and- control’ regulation ie legal sanctions or fines.

It could take the form of economic instruments, industry self-regulation, non-binding agreements between regulators and companies or forms of information strategies that would apply pressure to non-compliant organisations, for instance proactive public disclosure or product certification.

Involving the entire chain of stakeholders from the beginning and taking all partners for developing smart regulation can give the stakeholders ownership to these regulations and be a win-win situation for all.