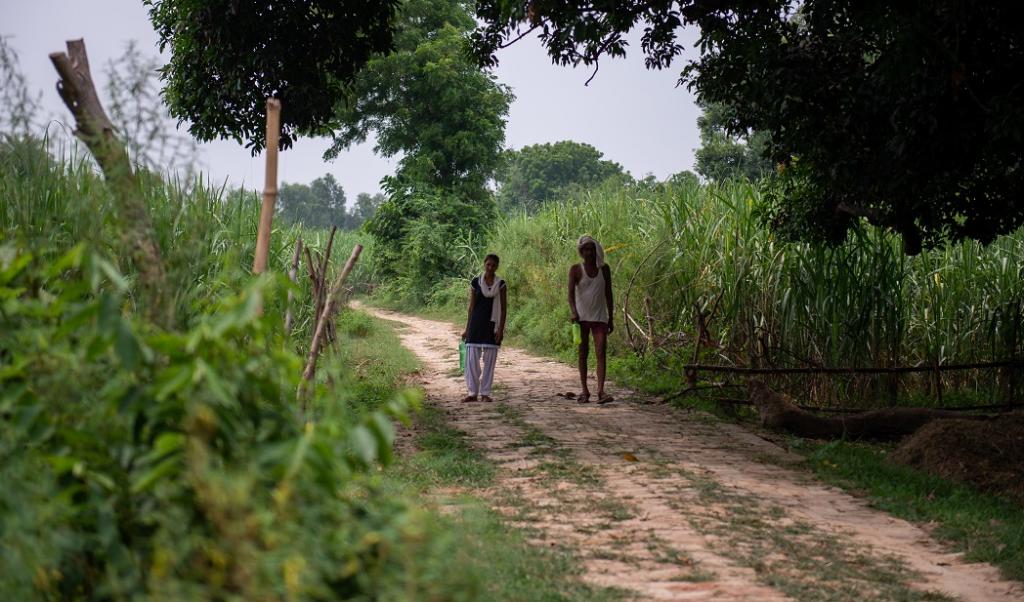 It is 2022; can you imagine a life without toilets? How does not owning a toilet affect our day-to-day life? These are hypothetical questions for us, but some villagers in Sitapur district, Uttar Pradesh, have lived without toilets until recently.

Meeting them has raised a serious question — Will we achieve Sustainable Development Goal 6.2 that aims to ensure safe toilets for all by 2030? With less than a decade on our hands, can we achieve 100 per cent total sanitation? We need to work four times faster to meet this target.

The National Family Health Survey (NFHS-5) released this year revealed that 19 per cent of households in India still do not have access to toilet facilities.

One such household belongs to Jyoti, a 19-year-old girl. Jyoti is a BA second-year student, and her village is around 25 kilometres (km) from Sitapur town. World Vision India, the organisation I work for, built the first toilet for her family in August 2022.

Before that, they walked a kilometre across the village and the fields ringing it for open defecation. “We have a lot of monkeys here. I was afraid of monkeys, wild pigs, and foxes,” Jyoti said.

Another girl Himanshi also shared her ordeal before her family got a toilet. Eighteen-year-old Himanshi and her family are also first-time toilet users.

“Sometimes, I got late for school or college, and my mother could not finish cooking on time. At night, I had to wake up my mother if nature called. It was tough,” she said.

Earlier, she had to walk on a small path with mango groves on one side and a sugarcane field on the other, separated by barbed wires to relieve herself. “People get cut by the fences. There are rumours of children being kidnapped while going for defecation. It’s very inconvenient,” she said.

Choti Devi, at 80, is a first-time toilet user too. Her back is bent, and she can barely walk. “People laughed at me when they saw me walk. I was so afraid of the monkeys. Now it’s very convenient,” she said.

Suman Devi, 30, a mother of two, struggled to send her children to school on time. In the morning, they had to walk a couple of kilometres across the field and find a quiet spot. The lack of toilets has an impact on the young and old.

Suman is also a World Vision India Health Volunteer, and she has observed fewer cases of diarrhoea since the toilet initiative began.

“During monsoons, there’s the fear of more insects and worms. When my husband was out of town for work, and the children had to use the toilet, we felt unsafe, and it was inconvenient not having a toilet at home. Now, it is very convenient,” Suman said.

This year’s World Toilet Day theme is ‘Making the Invisible Visible’, focusing on the importance of groundwater. Some 3.6 billion people still live with poor-quality toilets that affect their health and pollute their environment.

Open defecation is not just an unsafe practice but also unhealthy, as human waste can spread into rivers, lakes and soil, contaminating the groundwater resources.

With depleting groundwater levels, it is of utmost importance that we protect and re-generate groundwater resources. Providing adequate toilets to all becomes a necessary step to address this issue.

“Additionally, the safe disposal of child faeces is still not addressed holistically. Mothers are unaware that child faeces are more dangerous than adult faeces, and governments through the Integrated Child Development Services focus on the same,” Johnson added.

The lack of toilets in schools also posed a great challenge for children. According to the Unified District Information System for Education (UDISE) 2020-2021 report, 42,000 government schools in India do not have drinking water facilities, and over 15,000 schools have no toilets.

Another report by non-profit Dasra stated that 23 per cent of girls drop out of school upon reaching puberty due to poor water, sanitation and hygeine facilities at schools. The importance of access to toilets to achieve many others SDGs, be it health or education outcomes, cannot be denied.

Since July 2022, we at World Vision India have built 124 toilets in two communities of Sitapur district. The grassroots functionaries in the two villages were also given orientation on key hygiene messages thus enabling usage of toilets by all.

Toilets have improved the quality of life in these communities. When asked how they feel about the toilet, their common response, “Aram mil gaya,” (roughly translated as ‘am relieved’), reflects the urgent need to help communities stay safe through access to household toilets. Toilets for all will undoubtedly achieve many other goals to make India a ‘safer and healthy nation’.