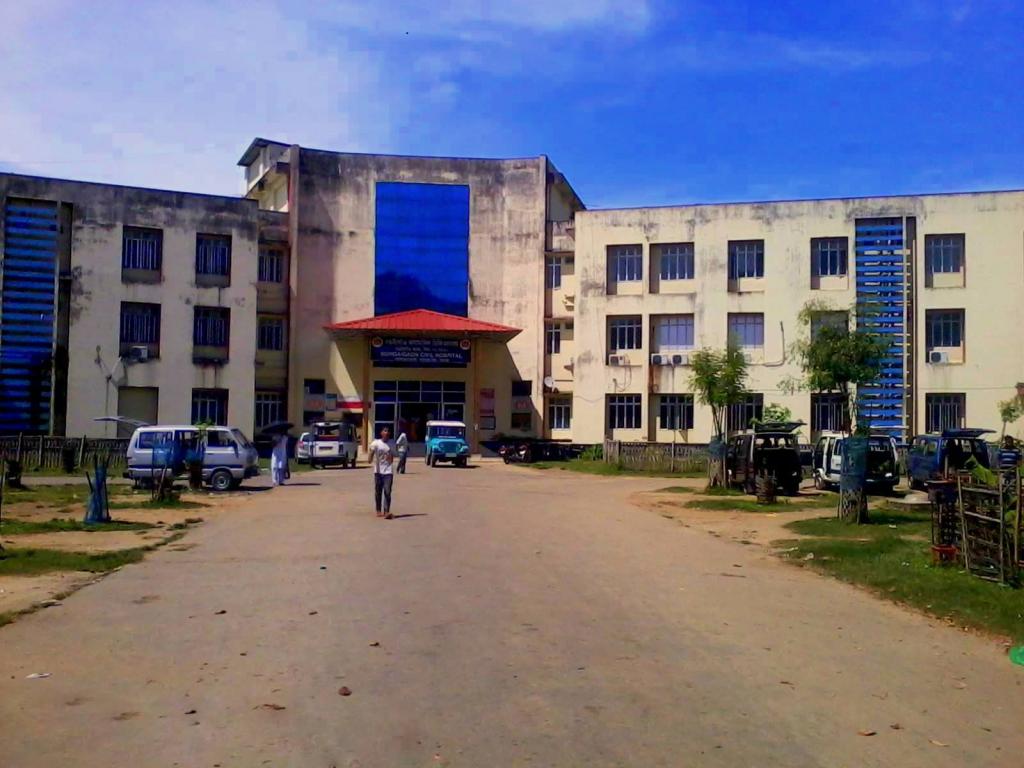 This is yet another instance that calls for strengthening of public health system in the country. Credit: Wikimedia Commons

More than 60 children have died at the BRD Hospital, Gorakhpur. The tragedy first came in news on August 10. The initial reason reported was shortage of oxygen in the hospital. It seems that the hospital administration had failed to pay the bills on time and after repeated warnings, the supplier stopped the oxygen supply. Since then, the hospital has been visited by the top health officials. The hospital administration maintains that they managed to get oxygen from alternate sources. However, the principal of the college and hospital has been suspended. The state officials also say that these children had died of natural causes. BRD Hospital is well known and most probably the only functioning government hospital in the area and children come here when all other treatment has failed. The death of so many children is a norm, they say.

People die in hospital needlessly across the country. In June, 17 people, including two children, died in the Maharaja Yeshwantrao Hospital in Indore due to alleged cut in the oxygen supply of the hospital. In May, 20 patients died at Bihar’s largest government-run hospital (Patna Medical College and Hospital) allegedly due to lack of medical attention. This happened during a state-wide boycott by junior doctors in Bihar. Children are often the worst victims in hospitals. In October 2016, children died because the community health centres in Malkangiri district hospital did not have machines for CT scans or MRI scans, or even a ventilator. In May, 2016, seven children died at a government hospital in Rajasthan's Ajmer. The families alleged negligence by doctors. In December 2014, some 13 infants, most of them reportedly born premature, died at the state-run Chhattisgarh Institute of Medical Sciences (CIMS) in Bilaspur district in one week. Their families too alleged mismanagement and medical negligence.

The case of BRD Hospital is more worrying. A Comptroller and Auditor General (CAG) report in June had pointed out that the hospital lacked basic infrastructure. For example, there was 27.21 per cent shortage of clinical equipment and 56.33 per cent of non-clinical equipment. The supply of oxygen is part of the non-clinical equipment. It seems that BRD hospital parked their funds (Rs 27.38 crore) in Lucknow. “The parking of funds not only violated the financial rules but also deprived patients of adequate healthcare as essential equipment could not be procured on time…,” the report said.

This is not the first case where children have died needlessly. What we need to ensure is that this is the last time. What needs to be seen here is that BRD hospital is the only place providing services to the poor in the state. The facilities here are so threadbare that it takes little to trigger a slew of tragedies. Nobody wants their child to die and if better care was available at private hospital at affordable price, they would have taken the child there. This is yet another instance that calls for strengthening of public health system in the country. For last decade or so, there has been an unfortunate push towards privatisation of health care services. Now public health centres are also being given away to the private sector. This is only going to take away the last option available to the poor.

Public health care in India is already under a lot of stress. The Rajasthan government recently decided to hand over 213 primary health centres in the state to private agencies. These would then be run as a public-private partnership. In May, non-profit Jan Swasthya Abhiyan filed a petition in the Rajasthan High Court demanding the withdrawal of the scheme. The government had tried to do this earlier in 2015 too. In 2015, the centre had opposed the move towards privatisation suggesting that this could only be a stop gap solution. However, in July, NITI Ayog suggested that private players be allowed to treat non-communicable diseases in public hospitals. This move has faced a lot of flak from public health activists who feel that this will lead to an overall capture of public health facilities by private providers.

But recent examples show that even private players are no better in providing healthcare. In April 2017, Kolkata-based Apollo Gleneagles Hospital is facing charges of medical negligence after a four-month-old baby girl died there in April this year. The family alleges that she lost her life due to denial of timely treatment.

It would be better if the government strengthens the public health system such that it provides the minimum healthcare to the poor in the country. Oxygen surely comes under the basic minimum of health care.

The government is in a tizzy trying to minimise the harm to its reputation. The Union Minister of Health has approved the setting up of a regional medical centre in Gorakhpur to study children's diseases. The Centre has asked the state government to file a report on these deaths. Hopefully, it would keep in mind that while it is a good option for long-term benefits, public health care services have to be provided to the poor immediately. The children will not be able to hold their breath till the results of the study are available.