How Valley of Flowers got World Heritage Site tag 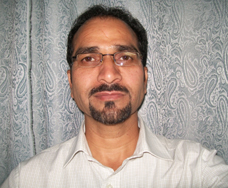 The Valley of Flowers has immense natural beauty and a bonanza of flowers. However, carrying out research there demands physical fitness, patience and perseverance. Long back in April 1993, when I first started surveying the Valley of Flowers National Park, nestled amid some of the majestic snowy peaks of Himalayan mountains in the Garhwal region of Uttarakhand, I was quite sceptical of my success. I was not even sure whether I would complete the study.

But my many years of stay and study in the valley resulted in dozens of research articles and two books. I was able to come out with a first ever list of 500 flowering plant species growing within the Valley of Flowers National Park. But the most rewarding result of my tiring research was its use in getting the park its status of a World Heritage Site.  It brings higher visibility and increased tourism to the area and binds the country to protect the location.

It also allows for monetary benefits from member countries in case of a natural disaster and for upkeep. As on March 2012, 189 nations of the world’s 194 nations have signed the treaty known as the World Heritage Convention. The Convention emphasises on the protection of world cultural and natural heritage and was adopted by the General Conference of UNESCO on November 16, 1972.

In 2004, the Valley of Flowers National Park was nominated for the World Heritage Site status by the Government of India. As technical advisory body to the World Heritage Committee, IUCN–the world conservation union–carries out technical evaluation of all natural and mixed properties nominated for inclusion on the World Heritage List. The evaluation process includes an external review of each nomination by experts knowledgeable about the site and the natural values they represent. Usually, eight to 10 independent experts are involved in reviewing each nomination. They primarily include members of the World Commission on Protected Areas, other IUCN Commissions and scientific networks.

To evaluate the Valley of Flowers nomination, IUCN deputed M J B Green who has done research on the Himalayan musk deer (Moschus chrysogaster) in and around the Kedarnath Wildlife Sanctuary in Uttarakhand. He along with Georgina Peard of IUCN visited the Valley of Flowers and met local leaders, forest department officials and relevant organisations in India.

The dates of meeting of IUCN World Heritage Panel were approaching fast (December 13-17, 2004) to examine the valley’s nomination, and IUCN was still looking for authentic scientific data on the Valley of Flowers. Green and Peard contacted me in the first week of December 2004 and requested me to provide my comments as an independent reviewer on the basis of my research in the area.

Remote sensing studies showed that of the total 87.5 sq km park area, about 70 per cent remains under perpetual snow. Rest of the area harbours 520 vascular plant species; of these, 500 species are flowering plants. Occupation of such a small area by this huge number of flowering plants makes the place a botanical paradise. Besides, the alpine meadows (the area above natural tree line abounding in low herbs) of the Valley of Flowers is the repository of valuable medicinal and aromatic plants. 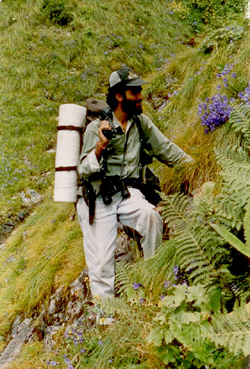 There are many alpine meadows and valleys in the Garhwal Himalayas, such as Khiron Valley, Raj Kharak, Chinap Valley, Har-Ki-Dun and Dayara Bugyal, that have similar geomorphological conditions, elevation ranges and flowering plant composition such as the Valley of Flowers. But based on my experience, none of them is as diversethan the Valley of Flowers in terms of floral wealth.

As per the Wildlife Protection Act of 1972, livestock grazing has been prohibited in the park area from 1982 onwards. Since then, natural herbaceous formations have been taking shape in the park area, which includes Polygonum polystachyum or Himalayan knotweed colonisation.

The Valley of Flowers, eventually, fulfilled all the required conditions and hence it was declared as the World Heritage Site on July 14, 2005 by UNESCO, and I took a deep breath of relief.