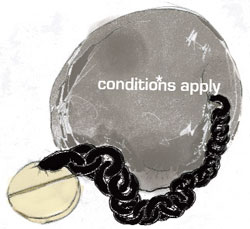 Early this month a third Indian generics manufacturer, Emcure Pharmaceuticals of Pune, joined the UN’s Medicines Patents Pool (MPP). Emcure, like the other two, Aurobindo Pharma and MedChem, manufactures generic antiretroviral medicines used to treat HIV/AIDS. In an agreement signed with MPP it will be allowed to produce new HIV medicines for sale in developing countries.

Emcure Pharmaceuticals will be able to manufacture several products licensed to the pool by Gilead Sciences, MPP announced on February 2. “Generic manufacturers play a central role in providing low-cost HIV medicines and have helped increase the number of people receiving treatment in the developing world, so the rapid uptake of our licences by generic companies is a positive sign,” MPP executive director Ellen‘t Hoen said at the time. But even before the pool has got companies to dip their toes into it, MPP is drowning in a huge controversy over the terms of the agreement signed with Gilead Sciences of the US in 2011.

In a way, the centre of this controversy is Ellen herself. Till she joined MPP a few years ago, Ellen was the globally recognised face of Medecins Sans Frontieres’ (MSF) access to medicines campaign. MSF, also known as Doctors Without Borders, is a humanitarian agency that has worked hard to reach life-saving medicines to people in poor countries and is the recipient of the Nobel Prize. Today, Ellen is at the receiving end from MSF and dozens of other voluntary health organisations across the world, including a few in India.

The reason for the huge discord between activists and MPP is “an absolute lack of transparency” on the terms of reference, roles and responsibilities and selection criteria of the expert advisory group which was consulted during the MPP’s negotiations with Gilead.

But first, a little background on MPP. The pool was set up by UNITAID in 2010 to ensure availability of newer and betteradapted HIV medicines at lower prices in developing countries by obtaining voluntary licences from patent holders and making these licences available to qualified third parties, who would produce more affordable generic versions. Licences in MPP are given to drug manufacturers that meet quality, safety and efficacy requirements, on a non-exclusive basis. A small royalty has to be paid to patent holders.

In an open letter to MPP’s bosses in October 2011, the activists—the list was a yard long and had 15 signatories from China which has so far not figured on the HIV/AIDS list—threw a harsh chargesheet against the two-year-old organisation.

Chief among these was the restricted geographical scope of the licence for tenofovir that would reportedly exclude over half a million patients in more than 43 countries “and a greater number excluded for the pipeline medicines”.

Ellen, finding herself and MPP beleaguered, no doubt, by this attack from old comrades, has responded to most of the allegations, some of which have turned out to be unfounded. Her give-away statement, though, is: “Because the patent pool is a voluntary mechanism, it is not in a position to dictate terms and conditions of licences on a take-it-or-leave-it basis.”

True enough. Just because the UN has set up a patent override mechanism does not mean that Big Pharma is ready to jump into the pool offering the kind of terms that public health organisations desire. More to the point, very few companies are, indeed, joining the patents pool. In fact, major HIV/AIDS drugs producer Johnson & Johnson has flatly refused to negotiate with MPP. The only significant pool member is the public-funded US National Institutes of Health (NIH), which, ironically, had granted nonexclusive licences for its drug darunavir to Tibotec, a Johnson & Johnson unit.

Unfortunately though, this NIH patent will not free the way for generic versions of darunavir because Tibotec holds additional patents on it.

To the credit of MPP it must be said that the Gilead agreement is not as deadly as it is made out to be. It includes pipeline drugs and drug combination, and no royalty will be charged for pediatric formulations. Most significantly, there is no bar on any licensee also fulfilling a compulsory licence order.

What appears to have riled activists is the clever strategy adopted by Gilead to enhance its image. In July 2011 when it signed the agreement with MPP in London, it also made a splash in India about extending its commercial partnership with four Indian generic companies (Ranbaxy, Hetero, Matrix and Strides Arcolab) to produce two HIV drugs that form part of the pool agreement. These agreements, allege activists, “completely undermine the MPP-Gilead agreement”. They are extremely sore that MPP and UNITAID have refused to comment on Gilead’s actions.

Now, that surely is a bit thick. Shouldn’t MPP’s primary concern be about getting enough firms to join the pool instead of policing the PR shenanigans of its biggest catch to date?