Goa Assembly Elections 2022: These polls focus on green issues as never before

Citizens are increasingly willing to cut across religious and caste divides to take up green issues in Goa. Will politicians listen? 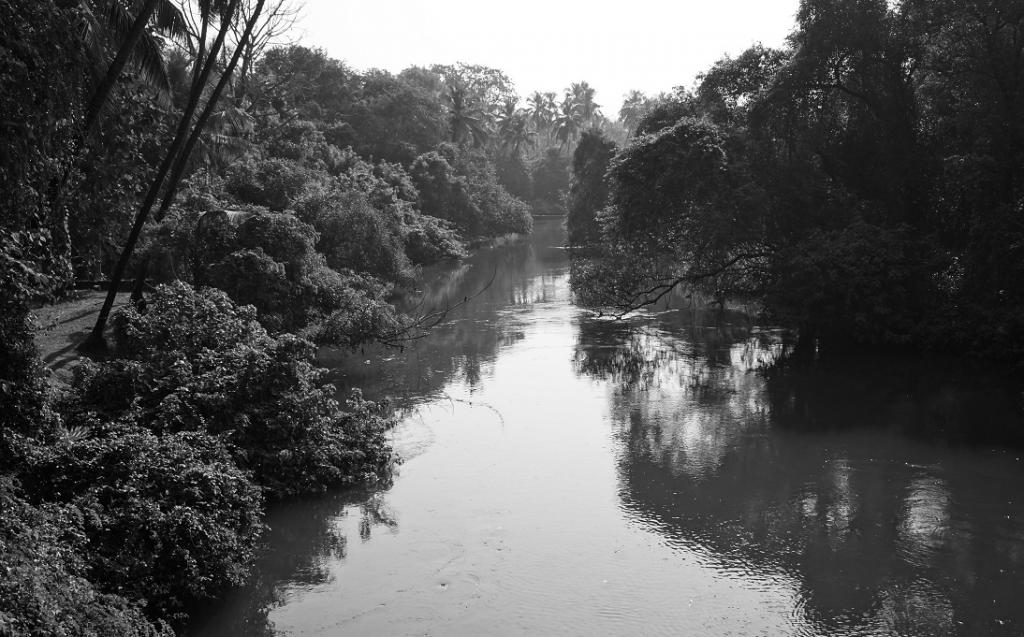 Goa, the home of green campaigns since the early 1970s, even before the term ‘environmentalism’ was even widely known, faced its 2022 assembly in a way which turned the spotlight onto green issues as never before.

This small state (3,700 sq km; 1.7 million population) lacks a specific Green Party of its own, though there are many non-profits and activist groups. But, this time round, mainstream political parties took up environmental issues themselves. Whether this is mere lip service or something more awaits to be seen.

In part, this was a response to the 10 continuous years of Bharatiya Janata Party (BJP) rule in Goa. In this time, the ruling party went ahead with a number of controversial projects, leading to the strong kickback over such issues from the citizens.

Rahul Gandhi of the Congress and a number of other politicians, were quick to speak an environmental language. For their part, the BJP politicians were on the defensive, about sharply controversial projects going through the sharply eco-sensitive Mollem wildlife sanctuary and other projects that citizens believe — not without reason — cut into their own interests while favouring certain business groups.

A dozen local organisations, claiming the support of 5,000 people, came out with the Goa Green Manifesto. They accused politicians of “not paying attention” to the issues being raised.

This came out at “a collaborative effort involving citizens associated with the Amche Mollem campaign, youth groups and experts in various fields.”

The young people behind this initiative pointed out:

Goa’s coastline is extremely important, given the state’s reliance on the fisheries sector and coastal tourism. The protection of coastal habitats is of particular concern, given projections of global heating and the consequent sea level rise that risks threatening hundreds of millions of people living in coastal and low-lying areas. In fact, large parts of Goa are predicted to be threatened with devastating coastal flooding by the end of the century. These issues are exacerbated by coastal infrastructure and the destruction of coastal ecosystems.

They raised issues connected with local forests ( “Goa’s forests are some of the most biodiverse on the planet”); three infrastructure projects through the Mollem wildlife area; the need for accurate estimates of forest cover and more.

Taking the discourse to a new level, they also focussed on agrarian ecosystems — pesticides, chemical fertilisers, monoculture plantations, pressures on coastal tourism and the fisheries; rivers and wetlands; ignored ‘wastelands’ like plateaus and grasslands or dunes; Goa’s air quality; human settlement and more.

Mining has been a big issue in the Goan hinterland and for a change, the alternative media and those working with audio-visual tools also focussed on this in a significant way.

However, with more voters speaking out from those who have a stake in the industry, the debate in mining has largely focussed on “restarting” operations in the sector which has a big impact to Goa, though it brought quite a lot of prosperity to some.

Oddly enough, the BJP, which rode to power on an anti-corruption plank in 2012, has itself got caught up in a lot of allegations of supporting controversial projects, in some cases for the benefit of a few industry players like the Adanis.

The BJP first won elections a decade ago, under the leadership of its late Goa supremo Manohar Parrikar (who passed away in his second term due to pancreatic cancer, in 2019).

Besides mining, the issues that have drawn a lot of flak are the ‘three Mollem projects’, or ‘parallel projects’. These include the Panjim-Belagavi national highway expansion, the Tamnar powerlines expansion and the South-West Railway double-tracking. All these cut through Mollem, a 240 sq km Westerh Ghats area listed as one of the world’s “eight hottest hotspots” in terms of biological diversity.

This has earned the government much flak but the BJP politicians have stuck by the plans, despite facing strong criticism for projects which suit certain industrial groups.

With politics turning more party-centric and less grassroot-based, the role of Panchayat politicians has also come under some fire. Panchayat rights campaigner Soter D’Souza has turned cynical, saying: “Panchayat members behave no different from ‘dalals’ of the political parties and politicians in the Assembly elections. The Panchayat members have compromised the powers of the panchayats to serve their selfish interests.” He was himself a former Panchayat member.

In some areas, like the villages of Socorro-Salvador do Mundo on the outskirts of the small and once-scenic state-capital Panjim, land rackets are obvious in their scope and impact.

Architects point to the pressures that land is coming under, through controversial laws like Section 16(B), a change in the Town and Country Planning Act, which allows land uses to be changed on a piecemeal and arbitrary basis.

Despite the many problems, the citizens’ concern seems to be getting stronger and more resolute. Regardless of who wins the elections, there’s no guarantee that things will look better, as the pressures remain all the same.

But citizens are increasingly willing to cut across religious and caste divides to take up green issues here.

“Give us back those unspoilt beaches / Whose waters were clear blue. / We yearn to run on the sands / With pride anew,” commented Samir Heble, a citizen, voicing his concerns.

As politicians seemingly sense the impact that the environment is having on citizens, they too are taking up these issues. Will it be for real? Or just to assuage concern now being strongly felt?

Frederick Noronha is a Goa-based journalist