May to turn wet but will India witness a hot June?

May to turn wet but will India witness a hot June? 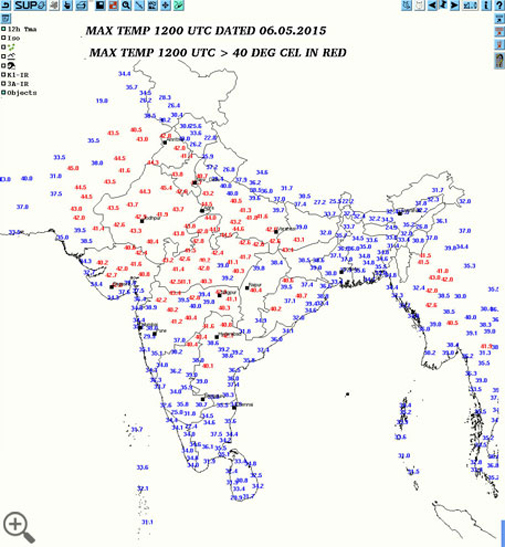 Since March this year, weather over large parts of India has not followed the normal pattern. Usually, this pre-monsoon period is marked by high temperatures and heat waves, when the maximum temperatures are considerably above the normal. But this year, thanks to rains and increased number of cloudy days, temperature graphs in various regions show see-saw variation—sometimes temperatures are above normal and sometimes below normal. From March 1 to April 29, excess rainfall has been reported across India, excluding north-eastern states.

However, this situation is going to change again in the coming days as a fresh upper air trough (or western disturbance, as per India Meteorological Department) arrives. As per the latest model run of Global Forecast System (GFS) on Friday, the upper air trough is situated over the west part of India with its axis stretching from north-west part of India/Pakistan, Rajasthan, and Gujarat up to the Arabian Sea. For determining the position of such troughs, weather forecasters often consider the position of axis of such troughs (a north-south imaginary curve along which the winds curve). It has been seen previously that as this trough moves eastwards it destabilises the troposphere, which in turn sets the stage for thunderstorm and rains. Such a round of weather has kept a lid—albeit for a short time—on the rise of temperatures and similar occurrence can be expected in the coming week. 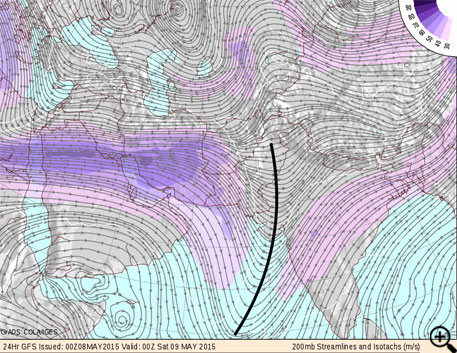 The thing to note is that summer thunderstorms are often accompanied by gusty winds, which in north India and Rajasthan particularly trigger blowing dust. Apart from this, lightning, too, is usually intense in the summer period. Hence, there is a need to stay weather-ready and here is how you can.

A hot June ahead? 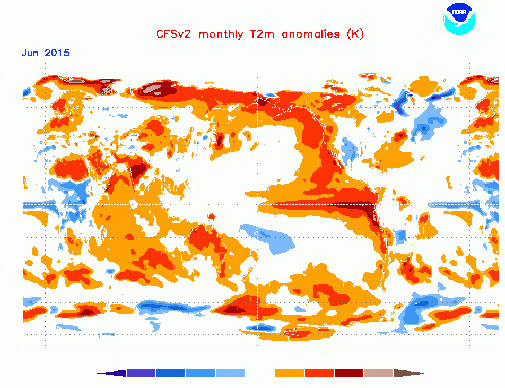 At the first look, this looks like Déjà vu : June 2014, take two.  May 2014, hottest May on the Earth, was in fact a cooler one for India. The month of June, during which most of India usually witnesses pre-monsoon rainfall and a comparatively cooler weather, turned out to be a hot month. Many places in central and northern India reported maximum temperatures above 45°C for a large period in June 2014 (which usually is a scene in the May month).

The significance of June month is that it determines the opening of monsoon period. The probability of a movie becoming a hit is higher if it gets a good opening. But if the opening of the monsoon in June is weak, it would create huge problems for farming as June is the month during which a larger percentage of sowing is carried out.

As per the second version of Climate Forecast System (CFSv2) model of National Centers for Environmental Prediction (NCEP), most of India is likely to witness a hot June. The image above shows surface air temperature anomalies, which India can expect in the month of June. Red, dark red shades over India depict a strong temperature anomaly of 1-3°C, which means higher than normal temperatures throughout June.

But, is it worrying? I would say yes and here is why. The association between maximum temperatures and rains (or number of rainy and cloudy days) is usually inverse. This is justified by the example of frequent rainfall since March which isn’t allowing the temperatures to rise that much. If it rains normally and uniformly in June, such strong temperature anomalies wouldn’t emerge. Hence, a projection of warmer than normal month can imply that the overall rainfall activity or the overall number of rainy days in the month would be fewer.

Lying at the centre of the dark red shading is Marathwada, a region in Maharashtra which has seen drought-like conditions since last many years. Such a projection of CFSv2 model definitely doesn’t seem to be good news for the region and also for other areas of central India.