Are we inured to weather crises?

Not the number of natural disasters; we now need to keep an account of losses and damages 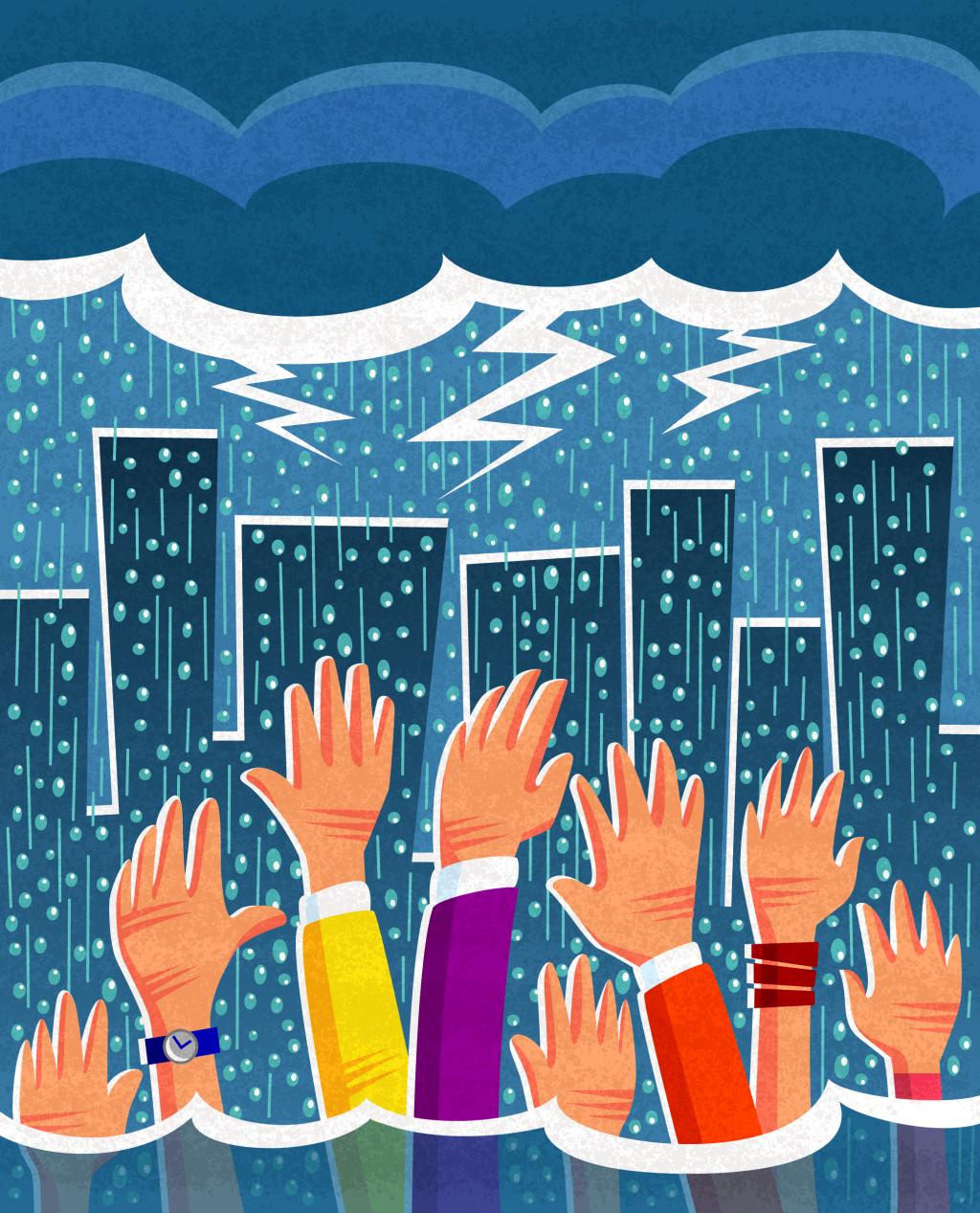 I wrote a few years ago that climate change had hit the world at the worst time. I take that back. Today is the worst time — not because the devastation is growing and millions are losing lives and properties in floods, heatwaves, droughts, forest fires and also due to crop losses, but because we are so distracted that these events are passing us by with barely a whimper.

It is as if there is nothing new about the new normal. Media have already pushed the news on these disasters to back pages, as if they are yesterday’s news; nothing important.

Take for instance the floods in Assam. This northeastern state sees the mighty Brahmaputra flooding its banks every year. But this year is different. First, the floods that come “normally” around June, started as early as in April. They will also leave later — floods now last for six months. This means people will have even lesser time for recovery. Down To Earth reports that the flood-hit people now prefer to stay in camps through the year.

Second, the rainfalls are getting more extreme. This year, the scale was unprecedented — within three months the entire state, all 35 districts, and nine million people were flood-affected.

But it still did not grab headlines. Not even when the national media’s attention was forcibly drawn to Guwahati, Assam’s largest city where rebel legislators of Shiv Sena from Maharashtra were holed up in a hotel. They rarely showed the city under water. The news was about the comings and goings of bunkered legislators, but not of the human tragedy that was playing out under their noses. It’s almost as if this horrific tragedy was not really happening.

There is also doubt that the floods in Assam, Meghalaya and even in neighbouring Bangladesh were not because of changing climate alone. This region, like the rest, has completely messed up the design of its floodplains; it has built where it should not have; it has tried and failed to embank the hard-to-tame Brahmaputra and other rivers.

Now, with increased deforestation in the uplands, the rate of erosion has increased, silt has filled up the rivers, making them shallow and more flood prone. Then the low-lying areas where rain and flood waters could be stored have been mercilessly massacred. The famous beels of Assam have lost the battle to buildings.

The fact is our future now depends on our ability to hold that floodwater and to store it, for this same region will go from flood to drought and then flood again in one flick. This then is the real point of worry in climate-risked times, when rainfall will be even more erratic and extreme. And it will get worse. Climate change will make sure of this.

It’s strange how quickly we have become inured to the weather crises around us. We no longer put a human face on these events. It is just about the weather channel, which we listen to from the comfort of our heated and cooled houses. But let’s get real. There is nothing normal about these weather events.

We need to talk about this human cost of climate change. With each disaster, people lose their ability to cope. It becomes more and more difficult for them to pick up the pieces and start again. They have no alternative than to migrate — to look for places that are less exposed to the wrath of nature. But soon, there will be no safe ground to escape to. Nature will make sure of this too.

What is also clear is that the governments do not have the ability to keep the disaster accounts. There are two problems here. One, “natural” disasters have always been the way to secure additional funding; this is why the phrase is “everybody loves a good drought”. So, when state governments put forward a bill of the devastation, there is a general agreement that it is inflated. So, nobody knows the right number.

Two, there is no established way to aggregate the numbers when disasters are happening at such breakneck speed and floods, landslides and crop losses, all happening together. Then there is the differing cost of human life and livelihood — what does the loss of an animal cost in Assam, as against the richer parts of the country or the world?

But this disaster accounting is now crucial. It is important that governments across the world are held to account for such not-so-natural and definitely human-made devastations. We need a weekly bulletin — block, district, state and then country by country. We no longer need to count the disasters; instead we need numbers on the losses and damages.

Maybe this will bring us back to reality — make us understand that the situation is untenable. Wake us up from our stupor caused by mind-numbing news and help us focus on what really matters — cutting emissions so that the world does not breach temperature guardrails; doing things differently in our world so that we can cope (if not adapt) to changing climate. This is the report card that should make daily headlines.