Kodagu landslides not a natural disaster 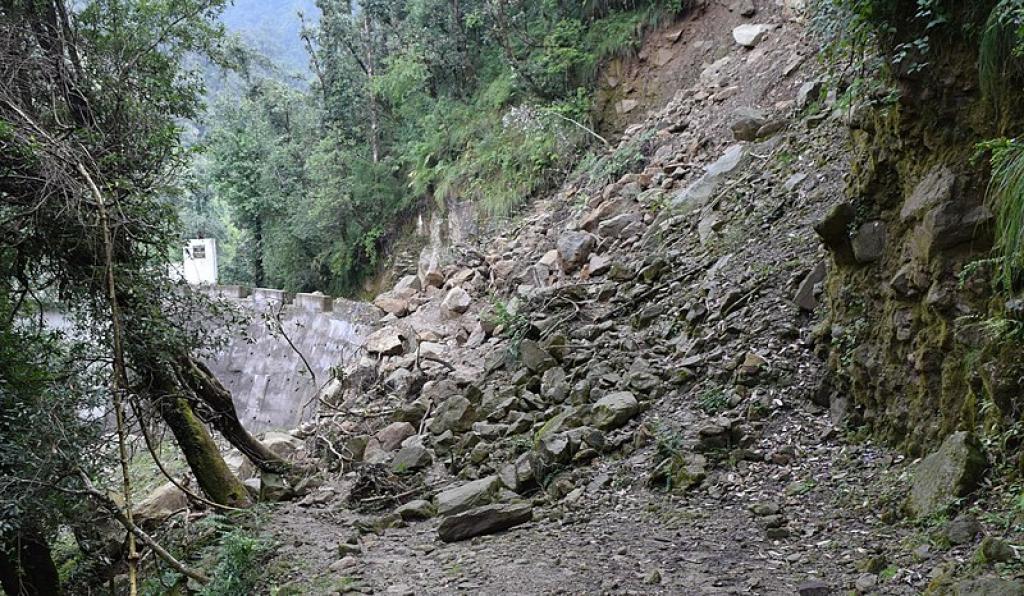 “Did you find my house,” Muniyamma (name changed) asked me with hope in her voice as she saw me participate in the relief work in Karnataka’s disaster-hit Kodagu district. In some time, another woman, Ratnamma (name changed), turned to me and said, “We came out of our house as soon as the water rose. My husband, who is also specially-abled, carried me on his back for 2 kms. We were then rescued. I had come on TV, did you see?” I had nothing to say to that. Should I be happy for the 60-year-old woman for she came on TV or should I sympathise with them for the trouble they are going through or should I restore courage in them? I didn’t know.

On Wednesday, which was also when Bakrid was, my colleagues from National Institute of Technology Karnataka, Surathkal, and I decided to contribute in the relief works of Kodagu district, which saw severe landslides triggered by incessant rainfall and floods in the area. A part of the Western Ghats, this region has deciduous and tropical rain forests and was heavenly until it was hit by this calamity. We left for Kodagu with a stock of some medicines, sanitary pads, mats, tarpaulin, along with other things. Once we reached there, we saw most relief camps were set up in government-run schools. We reached one such relief camp at Sampaje which was administered by Dakshina Kannada district as roads to Madikeri, the district headquarter of Kodagu, were completely destroyed owing to landslides.

Being a geologist and environmentalist, I also wanted to find out the reasons behind the massive landslides in the region. I first studied its rocks. The rock types were mica, chlorite talc schist along with some amounts of granite and gneiss. The places where granite and gneiss were found were being quarried as the mining mafia had entered Kodagu quite some time back. Schists, which are fragile and have less strength, are a major part of the lithological composition of Kodagu.

Kodagu may see massive deforestation because of the timber mafia. It may also see expansion of agricultural practices as those who grow coffee, rubber, pepper etc expand their estates at the cost of the environment. The district has several homestays and resorts too. Apart from these, many unwanted and unwarranted government projects are also burdening the district. In 2015-16, around 55,000 trees were felled in Kodagu to install power lines between Mysore and Kozhikode. Another was the road widening project of NH 275 and state highways, which caused the felling of 88 lakh trees.

Now, two proposed railway lines in Kodagu are already on the cards. One between Mysore and Kushalanagar which is extending up to Makkandur near Madikeri and another from Thalassery to Mysore via south kodagu with a total budget of Rs 5,287 crore. The route from Kushalanagar to Madikeri once had thick forests, but now has estates.

All these so called developmental activities have destroyed Kodagu.  These activities have managed to vanish hill tops and fracture rocks. Deforestation has loosened the soil and the heavy rainfall has acted as catalyst for erosion. That’s how the rain water entered rock fractures through flattened top of mountains and began accumulating in the hillocks of Kodagu. What made situations worse was deforestation as it put stress on the soil and water, which then flowed in massive amounts and caused landslides at various parts of Kodagu.

While some claim that the region experienced a minor earthquake, that possibility was ruled out when no seismological activity was noted in the seismic centre. However, the Indian Meteorological Department says a minor earthquake had hit the Kodagu region without providing any substantial evidence.

Several houses and commercial structures have been constructed on the bank of river Payaswini. Continuous development around areas that should have been left alone have increased pressure on catchment areas, hillocks have disappeared and national highways have subsided almost to a depth of 60 feet.

Moreover, experts’ advice was not considered at all.  A research conducted by University of Mysore had cautioned the authorities about massive landslides and flooding. The research titled ‘Landslides in Coorg district of Karnataka’ was published in the International Journal of Innovative Research in Science, Engineering and Technology’s June 6, 2016, edition. The research was carried out by Dr DN Vinutha and Abdul Aleam Ahamad D AL-Qadhi, a foreign national, under the guidance of Prof MR Janardhana, head of the department of geology at Yuvaraja’s College, Mysore. The report says that 17.04 % of the area falls under very high to extreme flooding zone and 11.52% is in high to very high risk zone. The report stresses on how developmental projects lead to catastrophe, but it fell on deaf ears.

Madikeri, Jodupala, Made, Monnangeri, Bhagamandala, Makkandur and surrounding areas are totally affected and disconnected. All landslides occurred in areas where there are no natural forests. The disaster in Kodagu highlights that plantations can’t replace natural forests, which are much needed.

While I was sampling rocks from the site, another massive landslide took place on the other side of the river. It seemed as if Payaswini would not stay calm for another few days. It washed away the stall where I used to have a cup of tea. Either the roof tiles of houses were visible, or their basement’s bottom. The catastrophe unveiled the bad choice of construction sites.

It will take nearly a year to reconstruct Kodagu. I advice that they first construct the metal bridges, which are usually built by the Border Road Organization. The entire district’s infrastructure is shattered into pieces. The impact is such that a once rich man and a daily wage labourer were seen eating of the same plate. Hope Kodagu stands back up soon and everyone should have learnt a lesson to respect nature.