Similipal forest fire: It is time to act

Forest fires can be controlled in the first few hours; it is important to engage local communities in the first line of action 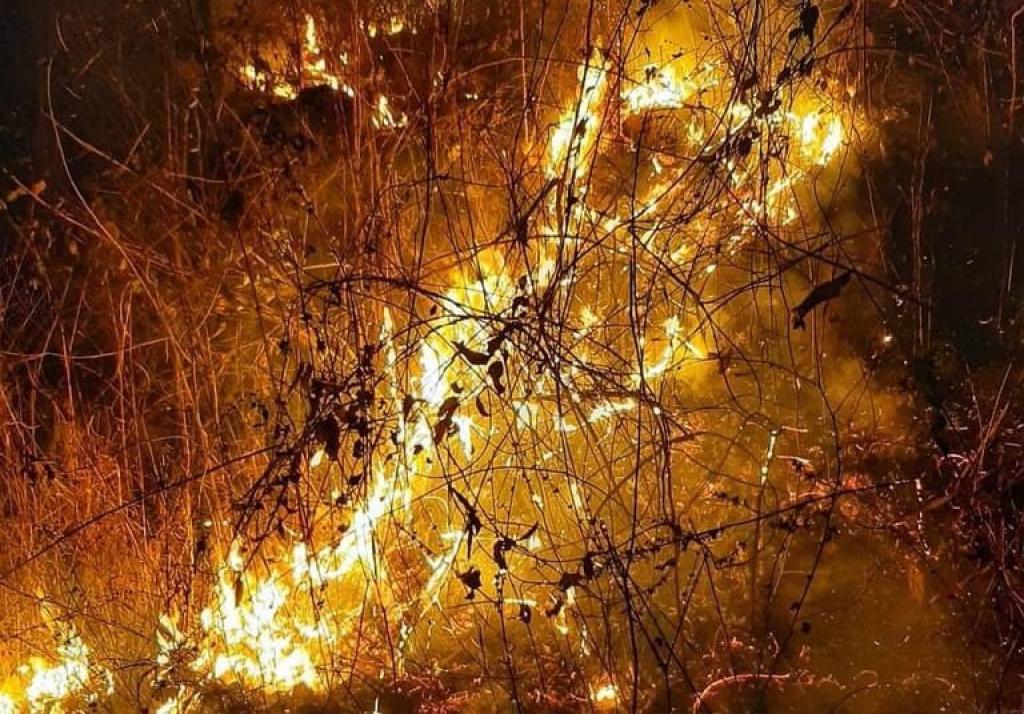 The glowing garlands of fire lighting up the distant hill side are a scintillating sight to behold. But it comes at a heavy price: Irreversible damage to the forest and its inhabitants. Countless ground fauna — including monitor lizards, mongoose, snakes and frogs — are reduced to ashes in the blink of an eye.

Entire generations of birds that nest on the ground are lost forever. Only a few can escape the raging inferno. We lose millions of seedlings and seeds, along with medicinal plants, shrubs, creepers and trees that take decades to grow.

The forest fire in Similipal, Odisha, is a phenomenon that has been in play for decades. The two main causes are well known: Poachers and non-timber forest product (NTFP) collectors. Dry, fallen leaves provide a ready source of fuel for the fire and one matchstick is enough to set the entire forest ablaze.

Scared animals eager to escape the leaping flames flee straight into the arms of lurking poachers. NTFP collectors of mahua flowers burn the forest floor in order to clear the dry leaf litter, which makes it easy to collect flowers. Since these fires are unsupervised, they often spread to the adjacent forest areas. To collect fresh Kendu leaves used for bidis (the local cigarettes), the bushes are slashed and set on fire for the new flush.

Similipal has a unique microclimate: It sees occasional afternoon showers during the summer months that act as natural fire controllers. There are, however, certain years wherein dry spells last for more than two-three weeks which spells disaster for the Similipal National Park.

It is now believed that the annual fire control budget for Odisha is Rs 50 crore. This includes temporary fire squads equipped with air blowers, vehicles and safety wire. A state-level toll free number can also be used to inform the administration of fire occurrences.

Unfortunately, despite several requests by the writer, the number is publicised only through print or electronic media. Thereby, a majority of forest-dwelling communities remain unaware of the service.

Several measures should be taken to control forest fires which involve community participation. Women NTFP collectors can be trained to sweep fallen leaves under mahua trees and burn them in a controlled manner, which will prevent the fire entering forest areas.

Local van suraksha samitis (forest protection committees) can be promised a reward if they manage to successfully prevent forest fire in their locality.

It is particularly galling that such a huge area of a major wildlife habitat in Similipal could be destroyed so easily by gangs of poachers. The state forest department engages thousands of anti-poaching personnel. So, how do they roam free in the forest?

The current situation also reveals a lack of supervision by senior park management. Similipal authorities even refused to part with the tour diaries of the director and deputy director sought under the Right to Information Act. With such dismal levels of transparency, it is not surprising that there is a little public oversight over their governance.

The fire that ravaged some areas of the forest — and continues to do so — is a symptom of the deeper malaise that affects this priceless biosphere reserve of India. The rot extends deeper since there is little political commitment to save Similipal.

The state forest minister reacted 12 days after the fire started. He tweeted March 4, 2021 about the steps the state government was taking to save Similipal — only after a social media outburst by a few central ministers.

The Odisha government is notorious for fixing accountability. Other states do better in this regard. Chhattisgarh, for example, transferred nine Indian Forest Service officers in June 2020 for failing to check the deaths of six elephant in 11 days.

Crores in rupees are spent every year by the Odisha Forest Department on fire squads and vehicle hires, but little is shared with the local community that can truly help fight fires.

Forest fires can be fought in the first few hours itself, which is why the local community must have a role to play. They can detect the fire even before the satellite picks it up. At the same time, public oversight is effective in ensuring the forest department gets to work and is accountable for the job.