Urban flooding: The case of drowning cities and rising vulnerability

Overburdened drainage, frenzied and unregulated construction, no regard to the natural topography and hydro-geomorphology all make urban floods a man-made disaster 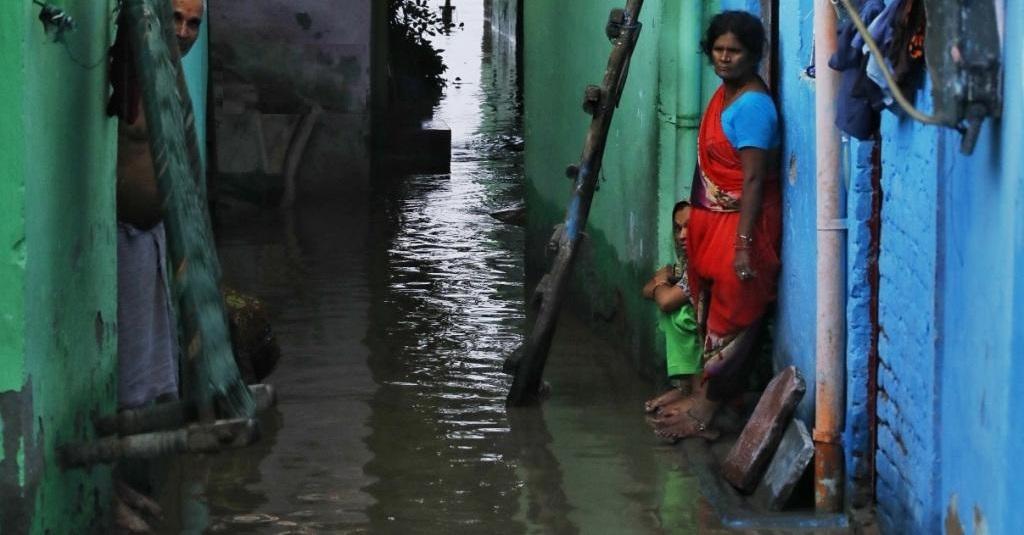 The recent floods in Bihar and Eastern Uttar Pradesh have taken by surprise both governments and people.

In Patna, severe water logging has brought the city to a halt, with hospitals and residential areas filled with waist-deep water. Transport services have been disrupted, with many trains cancelled.

There is no electricity in most areas. The state capital also lacks food and drinking water.

While the untimely heavy rains can be attributed to a delayed retreat of the monsoon, as a part of climate variability; the massive urban flooding is largely an unplanned urbanisation problem.

The term urban flood is a misnomer. The problem of flooding in urban areas is not only due to overflowing rivers, but the uninformed way in which our cities are coping with urbanisation also plays a large role.

Overburdened drainage, frenzied and unregulated construction, buildings constructed without paying any heed to the natural topography and hydro-geomorphology all adds to the damage. This makes urban floods easily more of a man-made disaster.

With rapid urban expansion, builders have been constructing increasingly on reclaimed wetlands, flood plains and low lands of the city as these areas have a cheaper land rate. What is surprising, though, is that not just private builders, the government too, is building over such vulnerable areas.

Overlooking environmental regulations in mega-projects is fairly common in the country. Back in the 2000’s, Delhi’s Akshardham Temple Complex and Commonwealth Games Village (CWG) were built right on the Yamuna's floodplain.

The secondary runway of Chennai International Airport was also built right over the Adyar river. Most of the airport was constructed on the riverine floodplains, leading to massive flooding during the 2015 Chennai floods.

Even recent developments such as Andhra Pradesh’s Amaravati Capital City Project, had major areas proposed to be built on the floodplains of Krishna river. 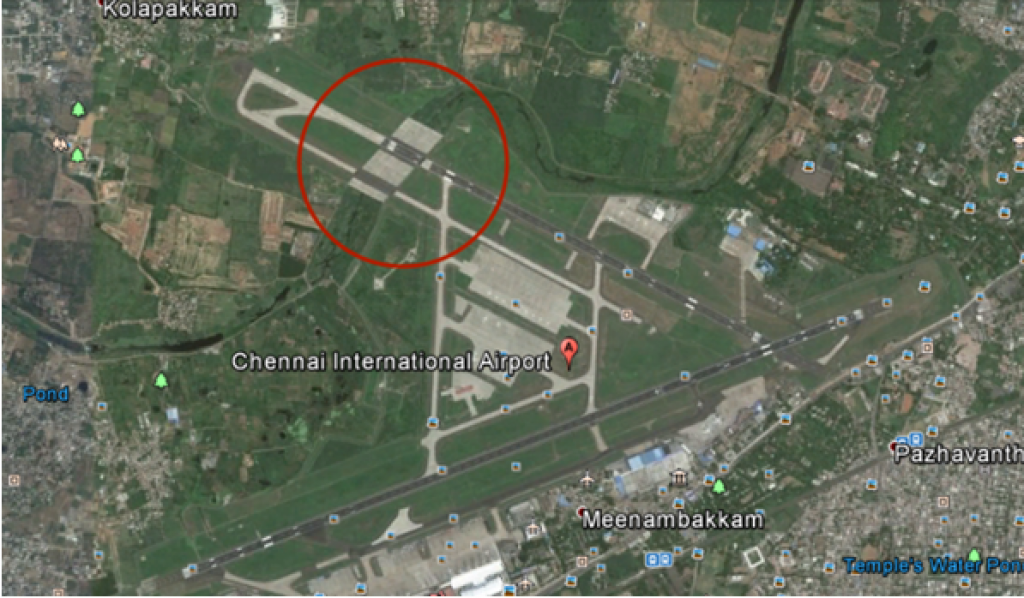 Who is most vulnerable?

When a city starts flooding after intense rainfall, the focus is on the breakdown of public services, the closing of schools, and difficulty in transportation, among others. While these problems bring the city to a halt and make news for a few days, what is missed is the focus on who gets worst hit and how?

Mumbai, for instance, is often referred as a prime example when it comes to discussing urban floods in India. A United Nations Habitat paper on monsoon floods in Mumbai mentions that even after 10 days of intense rainfall, the suburban and low-lying areas near the Mithi river remain waterlogged without services, appropriate shelter, potable water or food.

This area is estimated to have 70 per cent occupancy by slums and pavement dwellers, including one of the largest slums in the world — Dharavi.

In any city, the low-lying regions like nallahs, railway lines, roads and highways — where squatter settlements pop-up — are the areas, which are most prone to flooding. Built uninformedly and with makeshift materials, many people lose their residence with recurring floods, which never gets accounted for.

This is typically the case in Delhi's Yamuna Pushta area — the same floodplain region where Akshardham and CWG Village have been built — where slum areas flood almost each year now.

We do not realise yet that the vulnerability of the poor to the changing climate is profound and lingering in our cities. Flood waters circulate untreated solid waste and faecal matter around squatter settlements, which leads to outbreaks of malaria, dengue, diarrhoea, etc for a much longer time than the season of rainfall.

There has been a 217 per cent increase in the incidence of malaria during the last decade, according to a report published by the World Bank. It identified unhygienic living conditions in slums and water accumulation during and after monsoons as the leading factors.

Lack of discernment in development adds to this vulnerability of the poor. During the 2015 Chennai floods, some of worst impacted areas were slum resettlement tenements constructed by the government on floodplains or lake catchment areas at Semmencheri, Perumbakkam and Ezhilnagar. These areas faced severe flooding, causing some deaths and remained inhabitable for many days afterwards.

The fact is that our cities have been built with little to no regard to the natural topography and severely lacks holistic action. Even with provisions of rainwater harvesting, sustainable urban drainage systems, etc, in regulatory mechanisms like the Environmental Impact Assessment (EIA), Notification 2006 or building bylaws of almost every state, adoption at user end as well as enforcement agencies remains weak.

Public bodies’ focus is largely on de-silting of storm water drains before monsoon and expansion of the over-burdened infrastructure, but at a crawling pace.

The recurrent urban flooding in Mumbai is a prime example of this lagged response by the government. The major factor is the city's old drainage system, which is heavily silted and damaged.

The outfall from storm water drains to the sea is affected by high tides as 42 out of 45 outfalls lack flood gates, claims a report by the Comptroller and Auditor General, tabled in the Maharashtra state assembly, early this year.

While there have been multiple plans and proposals to update Mumbai's storm water disposal system, no conclusion has been arrived at it yet.

The BRIMSTOWAD (Brihanmumbai Storm Water Disposal System) project, proposed in 1993, was intended to be a long-term roadmap for the city's vulnerability to flooding; but no action was taken on it till the major flooding of 2005. The system has not been fully updated yet.

Cities like Mumbai struggle with the inadequate urban infrastructure problem, as they have grown organically, and need to constantly adapt to emerging demands.

But, it is disheartening to see that newer cities like Gurugram, has been terribly uniformed. It takes only one seasonal downpour to bring the city to a standstill.

Gurugram has seen an explosive growth in the urban population as well as infrastructure in the recent years. As a result of poor planning, unregulated construction and mismanagement of environmental resources, water reservoirs and wetlands have vanished over the years.

Better late than never, the city has fortunately identified areas of intervention and is drafting a district action plan as part of ‘Gurujal’ project. The project comes in the wake of high vulnerability of the Gurugram district to flooding episodes.

The Municipal Corporation of Gurugram (MCG) has identified 38 sensitive areas that are most prone to urban flooding. The district administration is pushing for several measures to improve water management including stringent building bylaws, enforcement and campaigning.

As the incidence of climate variability and extreme weather events increases, and urban flooding becomes more and more common, it is inevitable that we look at the issue from a broad-based perspective. Focus has to be on increasing the resilience of communities and adaptive capacity of our infrastructure.

Water sensitive urban design and planning techniques — especially in the context of implementation — are of utmost importance. These methods take into consideration the topography, types of surfaces (pervious or impervious), natural drainage and leave very less impact on the environment. Vulnerability analyses and risk assessments should form part and parcel of city master plans.

In a changing climate, our proposed infrastructure (especially storm water drainage) has to be built considering the new ‘normals’. Tools such as predictive precipitation modelling can help do that and are also able to link it with the adaptive capacity of urban land use.

Most important is strong land use controls. EIAs and enforcement will remain vital to ensure that fragile wetlands and floodplains are not concretised.

Disabling spawning of squatter settlements in sensitive zones by providing adequate affordable housing will reduce number of persons vulnerable to changing climate. All this means urban local bodies will continue to have a central role to play in cities’ battle with extreme weather events such as flooding and their overall resilience.