The WHO cut in half its recommended limit for exposure to PM2.5 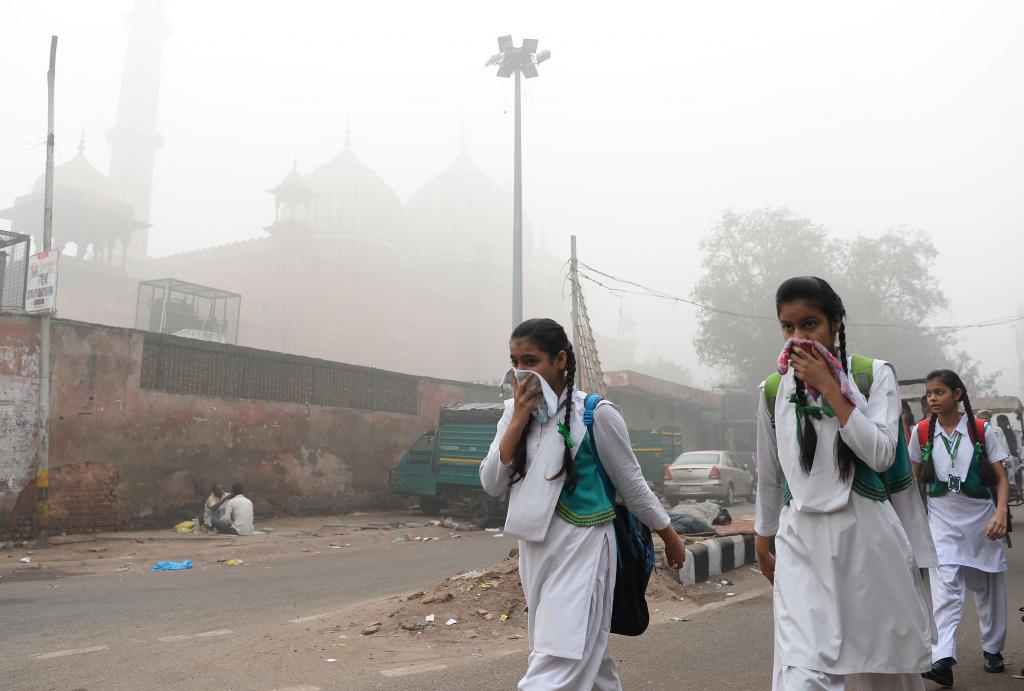 Air pollution is the world’s fourth leading cause of death, contributing to about 13 premature deaths every minute. The gases and tiny particles can travel deep into your lungs, enter your bloodstream and damage your cells.

Even when you can’t see air pollutants, and even when their levels are below legal limits set by many countries worldwide, they can cause serious health problems that affect multiple organ systems in people of all ages.

A lot has changed in scientists’ understanding of these health risks in recent years. Air pollution levels that seem low are now linked to dangerous health outcomes such as low birth weight, respiratory problems, heart disease and Alzheimer’s disease.

That’s why the World Health Organization announced on Sept. 22, 2021, that it is tightening its recommended limits for almost every pollutant. The new global air quality guidelines reflect an overwhelming scientific consensus that countries need to more aggressively limit air pollution and protect everyone’s health.

As an epidemiologist at Tufts University who studies the health effects of air pollution, I recognize the damage air pollutants can cause. I also recognize the inequities in who is most exposed to poor air quality.

Risks to lungs, heart and other body systems

The new air quality guidelines are the WHO’s first update since 2005, and major scientific, medical and public health societies support the ambitious implementation of the new guidelines.

The WHO cut in half its recommended limit for exposure to PM2.5, tiny particles commonly produced by cars, trucks, and airplanes and a major component of wildfire smoke, lowering the average maximum exposure from 10 micrograms per cubic meter per year to 5.

It also tightened the limits for gaseous air pollutants like nitrogen dioxide that are produced when fossil fuels are burned by vehicles and power plants. The WHO now recommends limiting nitrogen dioxide to one-quarter of the previous level, from 40 to 10 micrograms per cubic meter.

Lowering PM2.5 levels by 5 micrograms per cubic meter per year could result in major health benefits.

Lowering the health burden associated with air pollution exposure like this could save US$5 trillion annually in health-related costs and $225 billion in labor productivity, according to World Bank estimates.

Reducing the drivers of air pollution can also help fight another global crisis – climate change. That’s because some air pollutants directly contribute to global warming, and some of the solutions for reducing air pollution reduce greenhouse gas emissions.

The new guidelines are based on hundreds of scientific studies that reflect recent advances in scientists’ ability to quantify how much air pollution people are exposed to in different contexts, and in their ability to study larger groups of people over longer periods of time in more places around the world.

These studies show that exposure to even very low levels of air pollution is associated with premature death, and that there does not seem to be a safe exposure level.

Over 90% of people worldwide are exposed to levels of PM2.5 that exceed even the old WHO guidelines.

In some places, like India, the yearly average PM2.5 concentration is nearly 12 times higher than the new WHO levels. Moreover, no country has legal air quality standards that meet the new WHO recommendations.

Inequity in pollution exposure is a problem

Not everyone is equally protected by the existing air quality laws: Nearly 97 million people in the United States live in counties with air pollution concentrations above the National Ambient Air Quality Standards.

Globally and locally, the people who bear the greatest burden of exposure to air pollution are generally those producing the least amount of air pollution.

For example, in the United States, studies have found that people who identify as Black and Hispanic inhale about 60% more air pollution than they are responsible for based on their consumer behavior. In contrast, people who identify as non-Hispanic white inhale about 17% less pollution than their consumer behavior would suggest.

Ways to improve air quality for everyone

Countries can improve their air quality by moving to cleaner sources of energy and cutting out fossil fuels, which are a major source of PM2.5. Electric vehicles can help reduce traffic-related air pollution.

The disparities in air pollution exposure are often linked to structural racism, such as historic redlining and locating polluting industries and freeways in low-income or predominantly Black or Hispanic neighborhoods. The result shows up in the communities’ health. The new WHO air quality guidelines could help governments set limits on average air pollution exposure that better protect everyone’s health.