Most green crackers do not contain barium nitrate, which is the most dangerous ingredient in conventional crackers 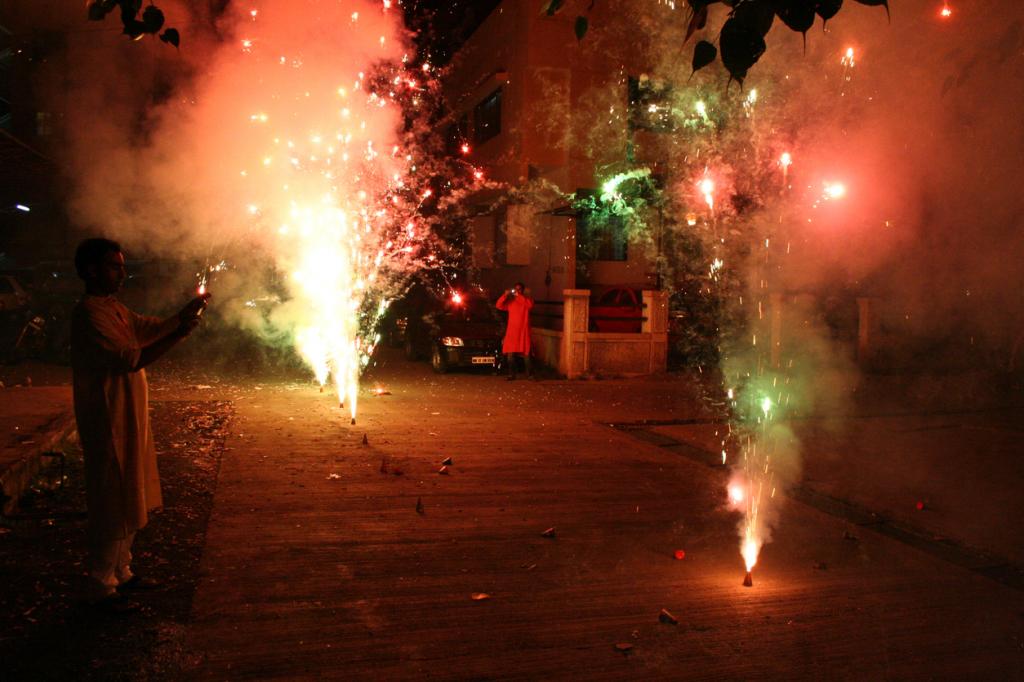 A lot of the pollution observed during Diwali can be attributed to burning of firecrackers or fireworks. Firecrackers also release toxic chemicals during combustion and makes breathing difficult.

In the United States, it was calculated that fireworks release about 60,340 tonnes of carbon dioxide (CO2) into the atmosphere, which is equivalent to the annual CO2 output of about 12,000 cars.

It was observed in the last few years that Delhi’s air quality deteriorated to ‘critical’ category the day after Diwali. Also, the harmful effects of burning crackers persist for several days after the festival.

When fireworks are burnt, metal salts and explosives undergo a chemical reaction that releases many toxic chemicals into the atmosphere in the form of smoke. This includes carbon dioxide, carbon monoxide and nitrogen oxides — three greenhouse gases responsible for climate change.

Toxic gases and pollutants emitted during burning of crackers contaminate air, water and soil and are harmful to birds, wildlife, pets, wildlife and human beings. They seriously affect a person's mental health and cause hormonal imbalance.

This results in a remarkable increase in smog (smoke+fog) in the atmosphere in urban areas.

In comparison, green crackers are environmentally friendly fireworks and can reduce air pollution during Diwali. These are developed by the Council of Scientific and Industrial Research (CSIR).

These green crackers include flower pots, pencils, sparklers, maroons, bombs and have been developed by the National Environment and Engineering Research Institute (NEERI), CSIR Laboratory.

Most green crackers do not contain barium nitrate, which is the most dangerous ingredient in conventional crackers. Green crackers use alternative chemicals such as potassium nitrate and aluminium instead of magnesium and barium as well as carbon instead of arsenic and other harmful pollutants.

Regular crackers also produce 160-200 decibels of sound, while that from green crackers are limited to about 100-130 decibels.

Over the years, there have been many accidents due to fireworks, where children and adults were killed. Use of green crackers can also reduce such accidents.

So, green crackers are not completely pollution-free but are relatively cleaner and safer than regular crackers.

But the biggest drawback of green crackers is that only manufacturers who have an agreement with CSIR are allowed to produce these crackers. The ingredients needed to make green crackers are not available in abundance and everyone may not be able to access these.

These challenges can be addressed to make the enjoyable tradition of bursting crackers during Diwali a clean and safe affair.