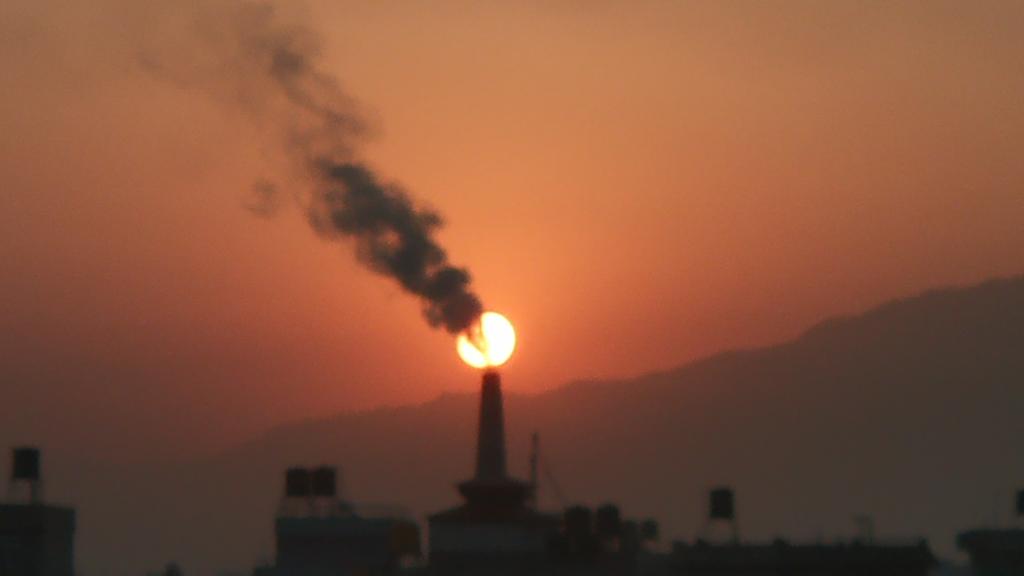 Air pollution was the leading risk factor for premature deaths in Nepal in 2019. Photo: Wikimedia Commons

Air pollution poses a significant challenge to inclusive and sustainable development in Nepal despite substantial growth in the past decade. Years of unabated population growth, an increase in air pollution sources and a lack of stringent environmental regulations and implementation have left a lasting imprint on the country’s environment.

Nepal was placed second in a list of top 10 countries with the highest population-weighted fine particulate matter (PM) 2.5 annual average levels by a State of Global Air (SoGA) report in 2020. Hundreds of thousands of Nepalese citizens are at risk of several health problems due to air pollution.

SoGA is a collaboration between Health Effects Institute in the United States and Institute for Health Metrics and Evaluation, University of Washington. Population-weighted exposure level estimation is a method that provides a more refined exposure assessment as it includes population distribution.

Air pollution was the leading risk factor for premature deaths in Nepal in 2019, accounting for nearly 22 per cent of all deaths, according to the SoGA report. Nepal reported 42,115 air pollution deaths.

The transport sector is one of the most significant drivers of air pollution. It accounts for 30 per cent of PM 10 emissions, according to an action plan by Nepal’s Ministry of Population and Environment.

Nepal’s existing Finance Act includes a pollution control fee of 1.50 Nepali rupees (NPR) per litre on petrol or diesel sold within the country, which has been in place since 2008, said a report by The Himalyan, an English daily in the country.

The 59th annual report of the Office of the Auditor General (OAG) states that the revenue collected from this pollution control fee amounted to 943 crore NPR between 2008 and 2020, and 338 crore NPR in 2020-21.

The fee was imposed to spend the fund on programmes aimed at tackling air pollution in the Kathmandu valley and other urban areas, but over a decade later, this growing pool of money remains unspent.

Local governments, who play a key role in curbing air pollution, have sought federal government action to allocate funds from the pollution charge fee collected from the sale of petrol and diesel to combat poor air quality. Environmentalists have urged the government to make use of the billions of rupees worth of funds that have been accumulated.

The Himalayan Times described the government as being “apathetic to the idea of spending the pollution control fee collected.”

“Despite the collection of such a huge amount, the government does not seem to be spending it for the prevention and control of air pollution. The government is obliged to spend the fee only for the purpose for which it was collected,” the OAG was reported saying in the article.

In 2020, the Nepal government launched an Air Quality Management Action Plan for Kathmandu Valley. The plan recognised there was no silver bullet to address the air pollution.

The government proposed an air quality management decision support system, the development of an environment-friendly and sustainable transport system and possible policy and legal frameworks, among others.

Read more: How these villages in the Hindu Kush Himalayas of Nepal are reviving their spring water

The fund that has remained idle at the ministry could well be utilised to augment and strengthen air quality monitoring and reduce transport emissions.

The emissions can be countered by adopting sustainable transport modes, including public transport, non-motorised transport (NMT) and infrastructure, as outlined in the action plan.

Recently, the government has been facing domestic pressure to lift the tax altogether to counter rising fuel costs and rein in high levels of inflation in Nepal. Critics argued that consumers suffer an unfair financial burden while the government fails to utilise the cash for its intended purpose.

But the revenue from the pollution control fee represents an invaluable resource in the fight to tackle air pollution.

The fund provides the opportunity to strengthen air quality monitoring, phase out old vehicles and promote sustainable transport modes, including public transport and NMT, electric vehicles and charging infrastructure on a larger scale.

Making the most of the money that has accumulated by channelling it into public projects could go a long way in reducing the transport sector’s dependence on petrol and diesel, thus alleviating the Valley’s air pollution.

While a short-term tax cut holds the promise of reining in inflation, alternative remedies can cushion the impacts of a rising price level. On the other hand, the nation can no longer avoid the pressing need for clean air for its citizens.

Nepal’s constitution has long guaranteed citizens the right to live in a clean and healthy environment. This commitment remains within reach, but to honour it will require a turn in the tide of political will.