Measuring emissions from vehicles in the real world: Policy steps in India 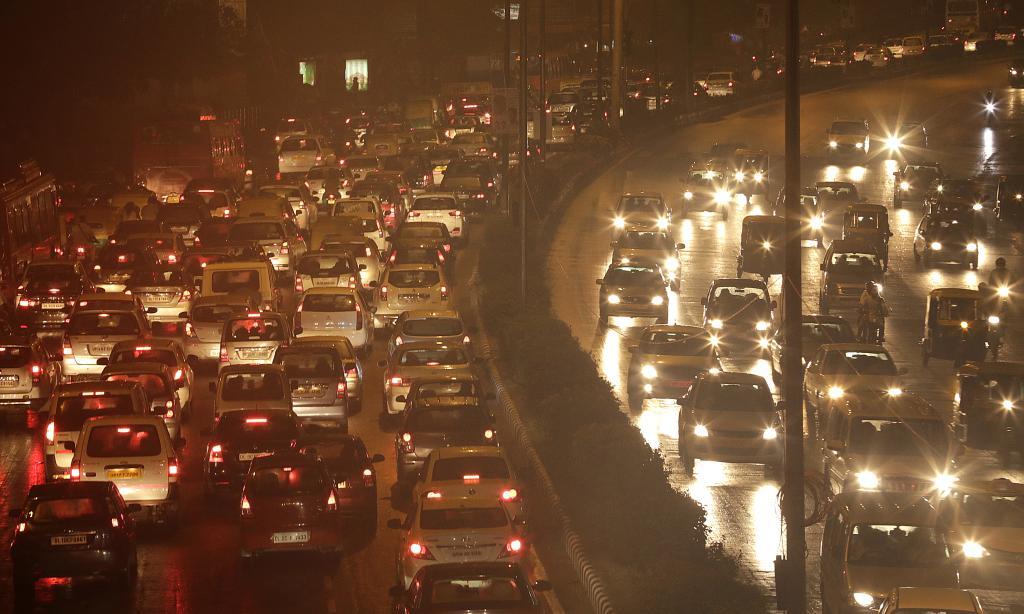 India is the fifth-largest global car manufacturer with one of the highest compound annual growth rates (10 per cent) of vehicle registration as of 2019.

Due to economic growth, and continued aspiration of vehicle ownership, the annual car sales in India are projected to increase from the current 3.5 million to about 10.5 million — a three times increase — by 2030. Cars and two-wheelers will dominate the fleet with a share of about 87 per cent.

This will increase exposure to vehicular exhaust emissions. This requires not only improvement in emissions standards but also improvement in measurement procedures for emissions testing of vehicles to keep them low-emitting on roads. In 2023, some major reforms in testing procedures are expected. This needs to be informed well.

In India, vehicle technology is changing rapidly with changes in fuel quality, exhaust treatment systems of the internal combustion engines (ICE), electrification of vehicle segments and steps towards hydrogen-powered vehicles.

But the current and future batches of ICE vehicles are likely to have a substantial share in on-road fleet till 2040, if not beyond. This not only requires substantial tightening of the emissions standards but also modification of technical parameters for testing of vehicles to reduce the emissions in the real world.

Already, vehicular emission is a major cause of air pollution in urban areas. Typically, vehicular emission contributes 20-30 per cent of particulate matter 2.5 (particles of size less than or equal to 2.5 micrometres) at the breathing level of air quality. This is considered more toxic because of the toxic constituents of its PM2.5 emissions.

According to studies, vehicles annually contribute about 290 gigagrams (Gg) of PM2.5. At the same time, around eight per cent of total greenhouse gas (GHG) emissions in India are from the transport sector, and in Delhi, it exceeds 30 per cent.

India has taken a major decision to abate vehicular emission by leapfrogging to BS-VI emissions standards for new vehicles. But the vehicles will have to remain low-emitting in the real world when they are being driven. This demands improvement in emissions measurement procedures in the laboratory as well as on roads.

Most countries have formulated regulations for testing vehicles at the manufacturing end and when in use. The vehicle certification procedures consist of testing engine performance and emission compliance on the engine chassis dynamometer in the laboratory.

A drive cycle (a series of continuous data points of speed and time that approximates driving pattern in terms of acceleration, deceleration and idling) is followed to achieve acceptable test results. This is expected to simulate realistic driving intended for the vehicle type that has a bearing on emissions.

The Indian Drive Cycle (IDC) was the first driving cycle formulated for vehicle testing and certification in India based on extensive road tests. The IDC was a short cycle comprising six driving cycle modes of 108 seconds (reflecting a pattern of acceleration, deceleration and idling).

But the IDC did not cover all the complex driving conditions that are normally observed on Indian roads. The average speed of IDC was 21.9 kilometres per hour (covering 3.94 km), which was high for congested cities and low for rural roads or highways.

The IDC considered only gentle accelerations (<0.65 metres per second square) and relatively low engine loads. IDC allowed preconditioning of idling time (other than diesel vehicles) of 40 seconds that warmed up the engine before testing on the chassis dynamometer and ignored the cold start stage when the emissions is maximum. Because of these limitations, IDC does not represent real-world driving and is likely to underestimate the emissions.

Subsequently, as an improvement over IDC, the Modified Indian Drive Cycle (MIDC) was adopted, which is equivalent to the New European Driving Cycle (NEDC). MIDC accounts for wider speed profiles and is a better-suited cycle than the IDC.

MIDC is also significantly close to the idling conditions observed in real-world driving. The maximum speed in the MIDC cycle is set to 90 km/h.

Accelerations and decelerations are not well-reflected in the MIDC in high power requirement zones. In such conditions, vehicles emit high nitrogen oxides (NOx) and other pollutants.

It has therefore become necessary to adopt the Worldwide Harmonized Light Vehicle Test Procedures (WLTP), which is a global harmonised standard for determining the levels of pollutants from ICE and hybrid cars.

It is prudent that India adopts WLTP and suitable cycle or equivalent procedure to include wider range of driving conditions, more representative of on-road driving conditions as being prescribed by other countries.

RDE is an independent test to overcome the limitations of WLTP and equivalent laboratory tests. A car is driven on public roads over a wide range of conditions.

International Centre for Automotive Technology in India is currently developing RDE procedures that are likely to come into force in 2023.

The RDE cycle must account for conditions prevailing in the country, such as low and high altitudes, year-round temperatures, additional vehicle payload, up and downhill driving, urban and rural roads and highways.

The critical issue in the RDE test is the appropriate Conformity Factors (CF) to account for measurement uncertainty of on-board equipment when compared to laboratory tests.

The CF is ‘not to exceed limit’ that considers a margin for error present simply because the PEMS equipment does not deliver precisely the same results for each test.

The results of the RDE emissions for the entire RDE trip should remain below the ‘not to exceed’ emissions limits.

To make the testing parameters more effective for ICE vehicles by 2023, the Indian RDE program needs to pay attention to key technical parameters, but in accordance with Indian conditions. The RDE tests need to be made more robust. Here are some suggestions: