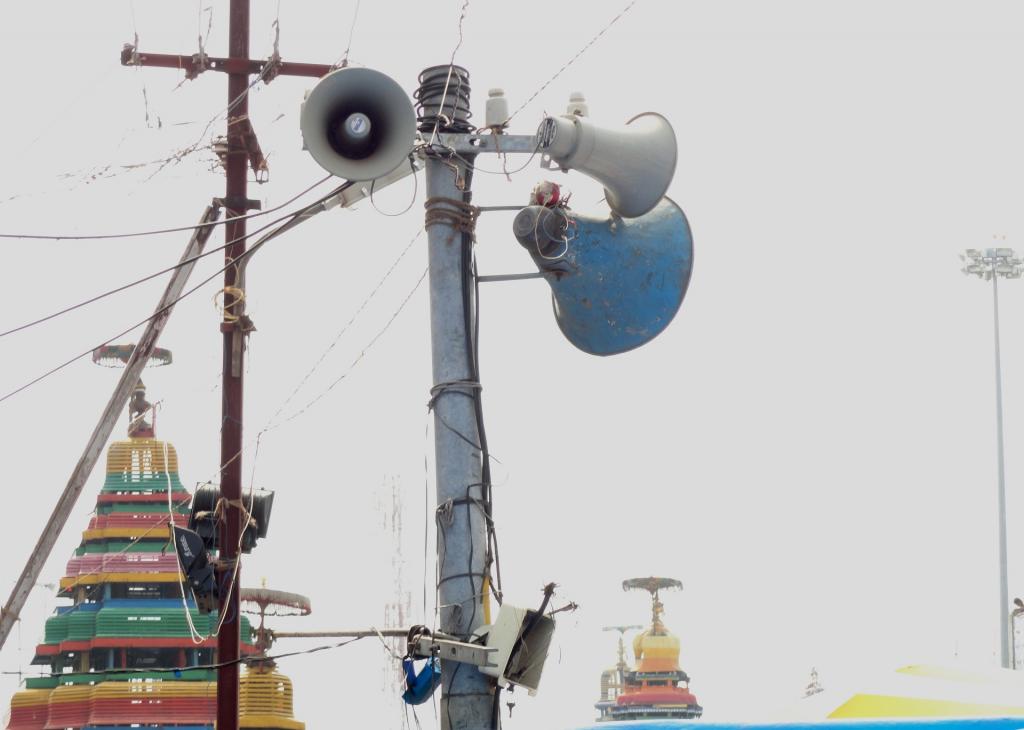 The Central Pollution Control Board (CPCB) has proposed a new set of fines between Rs 1,000 and Rs 1 lakh for those who violate norms restricting noise pollution under the Noise Pollution (Regulation and Control) Rules, 2000.

Unremitting loud construction activity, loudspeakers at functions and processions, honking at odd hours — all contributors to noise pollution and violations under the law — can, thus, burn holes in the pockets of those who violate the norms.

The list of new fines were proposed by the CPCB in a June 12, 2020 report filed with the National Green Tribunal (NGT) in response to a set of ongoing cases over noise pollution.

Applicants complained about the problem of noise pollution in the national capital despite several court orders.

Under the new system of fines, a violation of norms over the use of loudspeakers / public address systems, for instance, can result in the confiscation of equipment and a fine of Rs 10,000.

Similarly, violating noise pollution norms over the use of diesel generator sets can result in sealing of the sets and a fine between Rs 10,000 and Rs 100,000 depending on the size of the set.

Violations in cases of sound-emitting construction equipment can result in a fine of Rs 50,000 and its seizure or sealing.

Noise has increasingly become a nuisance in India, especially in urban areas.

The ambient noise level data of these seven cities showed about 90 per cent of these stations found noise levels beyond accepted limits both during day and night. At some stations, noise levels recorded were nearly more than double the allowed norms.

The CPCB has laid down the permissible noise levels in India for different areas. Noise pollution rules have defined the acceptable level of noise in different zones for both daytime and night time.

In industrial areas, the permissible limit is 75 dB for daytime and 70 dB at night.

Additionally, state governments have declared ‘silent zones’ which includes areas that lie within 100 meters of the premises of schools, colleges, hospitals and courts. The permissible noise limit in this zone is 50 dB during the day and 40 dB during the night.

Earlier, noise pollution and its sources were addressed under the Air (Prevention and Control of Pollution) Act, 1981.

They are now, however, regulated separately under the Noise Pollution (Regulation and Control) Rules, 2000.

What is noise level?

Any unwanted sound that causes annoyance, irritation and pain to the human ear is termed noise. It is measured in A-weighted decibels (dB (A)) that indicate the loudness of the sound.

Noise level refers to the decibel levels of noise produced by any appliance or machine. In general, the human ear can tolerate noise levels up to 85 dB. Anything beyond that can affect their productivity and quality of life.

All machines operating in an area should produce noise within the acceptable level to maintain the well-being of people around.

Regular exposure to noise can come out in the form of people being irritable, nervous and facing difficulty in taking decisions.

It has shown to hinder the normal development of speech and hearing in children, resulting in delayed developmental milestones affecting their overall growth.

The problem is significant in India’s urban areas and it, thus, becomes important for authorities to make more efforts to control and regulate noise pollution to protect millions of people.

The step proposed by the CPCB will surely work as a deterrent. There are, however, other aspects the CPCB needs to understand, especially related to mass awareness.

The CPCB should select some focus areas of concern like vehicular noise and public loudspeakers to start their outreach.

These awareness campaigns can go a long way in helping the public about what they need to avoid and what the repercussions are if they do not: In many cases, the public is unaware of such measures being declared.

These activities can be undertaken under Section 16 (f) of the Air (Prevention and Control of Pollution) Act, 1981.